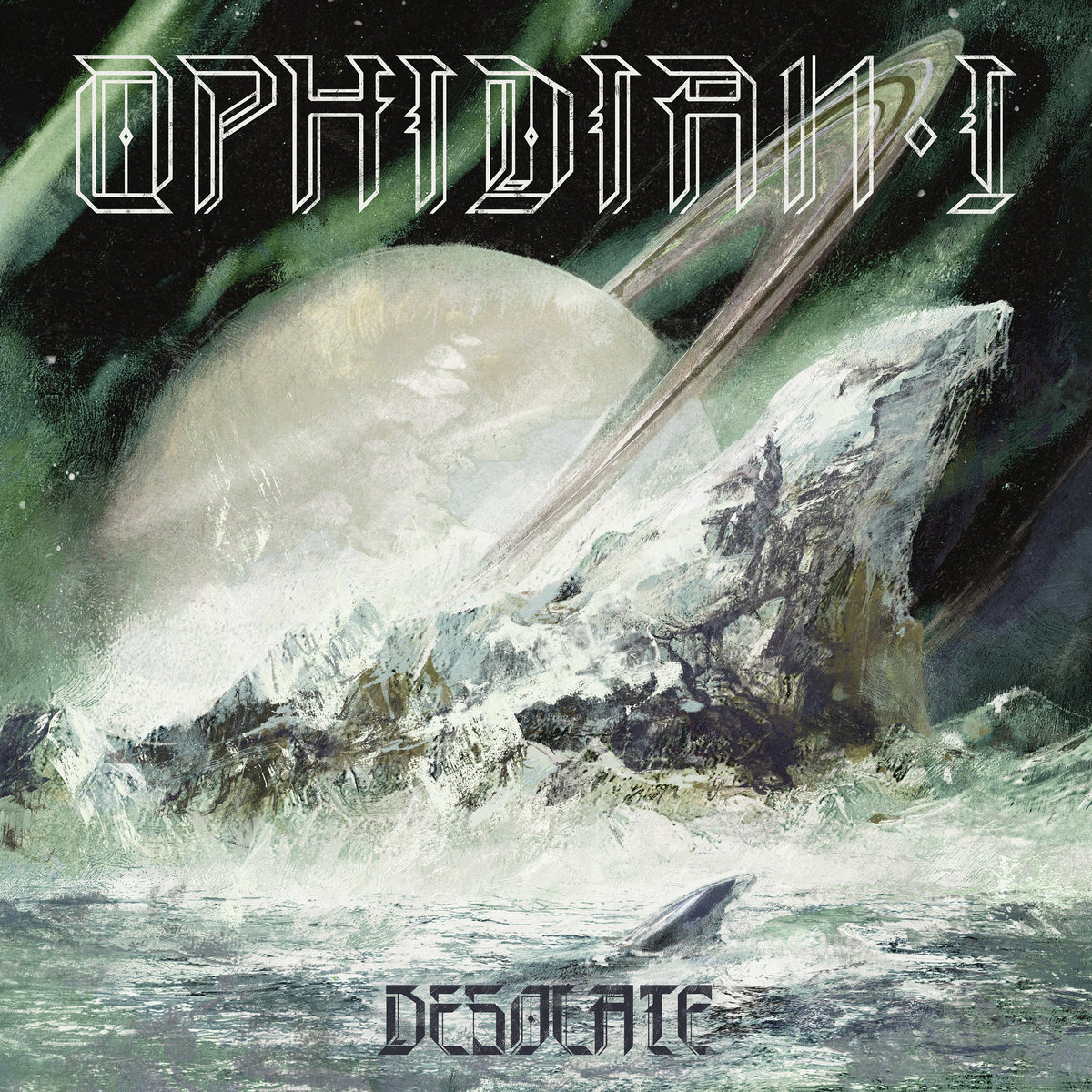 Desolate by Ophidian I

We emerged from Iceland, the barren island in the north, home to apocalyptic weather, eruptions and storms. The breeding intensity, blazing speed and ferocity of Ophidian I reflects the chaos it hails from and the inherent beauty and complex harmony. Consisting of familiar faces within the Icelandic scene as members of bands such as Helfró, Beneath, Une Misère and Atrum, Ophidian I set forth to test the boundaries of the extreme while retaining focus on composition and arrangements. After getting together and realising the goal was within reach, the band spent days upon days in the rehearsal space, expanding and calibrating their physical and mental abilities to actualise the envisioned form of Ophidian I.

With this album, we set out to create a piece of work that’d be the culmination of all our collective projects up until that point. We were highly determined and very much set on achieving the goal at hand. We started by meeting at our rehearsal space to play together and get a feel for the band’s sound and the strengths we had to work with. Right after, we all felt we had something to build upon, so we started to write in the studio and create relatively complete demos, which we’d then take to the rehearsal space to try out and fine-tune. Afterwards, we’d go back to the studio for a revised demo. We’d generally go back and forth like this a few times until we were all sure we had the best possible song we could. This was an enjoyable and inspiring process. Although time-consuming, what stuck after making the album were all the positive elements that went into it.

We had an immensely focused mindset throughout the making of this record. We pushed ourselves and each other immensely and strived all we could to make the best possible album. There was not a ritual approach to writing or precursor to the album’s writing. We had this vision of a very technically reliant album that hyper-focuses on songwriting and catchy hooks. This simple idea has stayed with us and provided a guideline for everything we’ve done regarding ‘Desolate’ (music, art, lyrics etc.). When we went into the writing and working process for the album, we were all available and able to spend our hours on this band, so it was a rather calculated decision at the time. We set our goals and stick to them.

We don’t rely on any external factor to guide us and inspire. Our companionship and ambition are more so something that we cherish and try to make sure we have in abundance. For us, that’ll always result in more fun, engaging and better experience and music.

I was exposed to music from a very early age. At about two years old, I was infatuated with all things music and that hasn’t ever gone away or declined. My favourite album since then (so basically all my life) is Siamese Dream by The Smashing Pumpkins. It is perfect in every possible way. Later on, my first proper introduction to more heavy music was the older brother of my best friend when I was six years old. He introduced us to Pantera and Earth Crisis. The intensity and rage that these bands emitted were almost too much for us at the time, but it stuck with us and only a couple of years passed until we had our band where we tried to mimic these bands.

I’m not sure I have a good answer for that. Aren’t all of us just trying to spend our days moderately happy, and music is one of the many ways we try to extend some light into our lives? At least for myself, it serves as something along those lines. It is incredibly important to me and takes up a huge portion of my life. It is also ‘just’ entertainment, but then again, what can make entertainment any less valued than a spiritual experience? I guess I’m probably missing the spiritual experience, to say for sure!