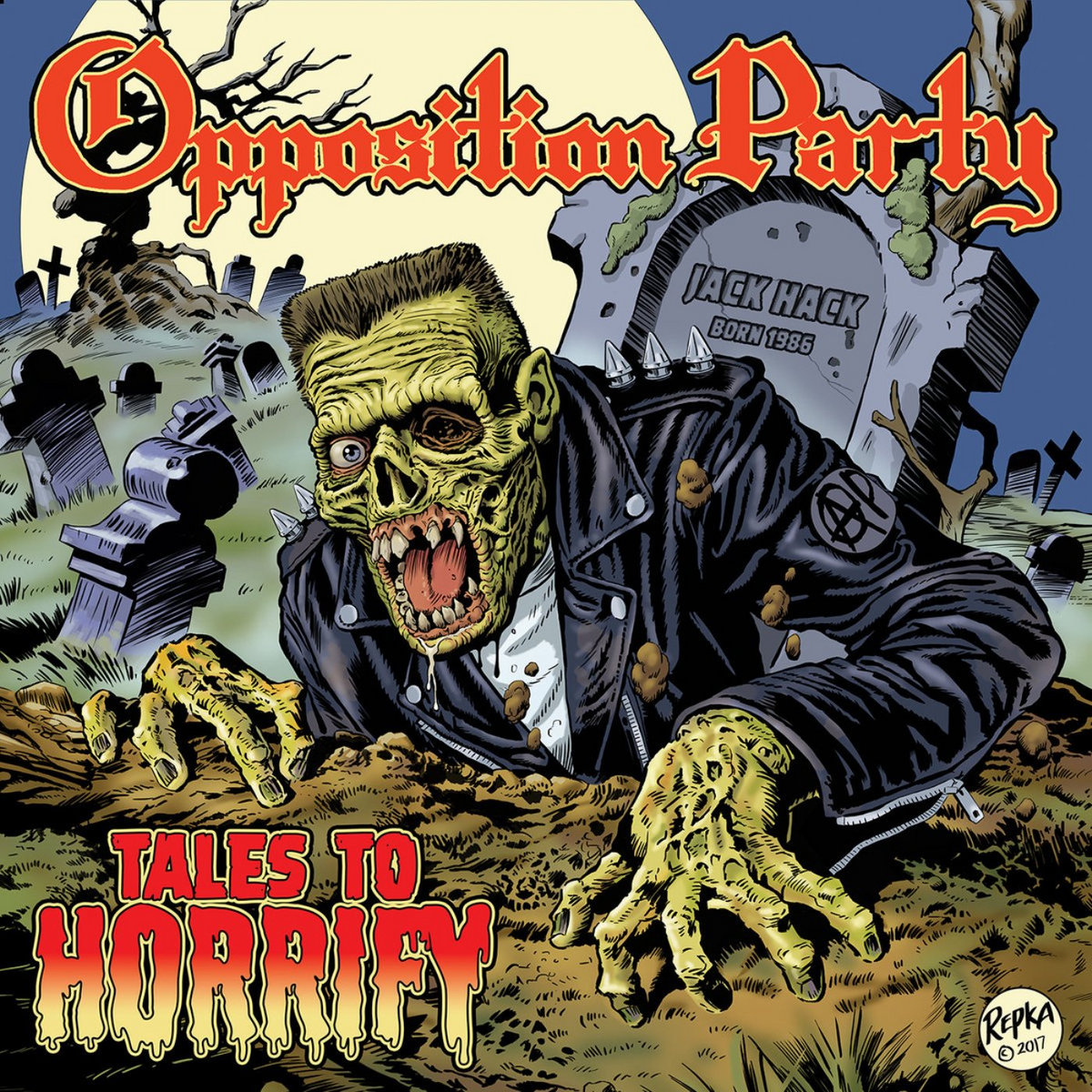 Tales To Horrify by Francis Frightful

Formed way back in 1986 by Francis Frightful, Opposition Party started as many social misfits expressing their rage at society and the world in general through punk rock. They took their cue from early UK hardcore/punk bands such as The Exploited, GBH, Chaos UK, Broken Bones, English Dogs, and others from the second wave of British punk. History was made as Opposition Party attained notoriety as Singapore’s first punk band. Although the early years saw them leaning towards the hardcore side of punk, the band adopted a more metallic edge as the 80s came to a close. In the 90s, their unrelenting blend of thrash metal and hardcore punk, coupled with an “in-your-face” attitude, saw them emerge as one of Singapore’s premier extreme music outfits. Despite limited activities due to Covid-19, Francis Frightful strives to bring the Opposition Party brand of Singapore thrash meets punk to the world.

The last release that was put out was the 7″ ‘Tales To Horrify’ on Pulverised Records back in Nov 2019. It came out right before Covid19 started, and because of that, all plans to launch and tour in 2020 went south. It’s already almost mid-2021 now, and things are still on hold. This will probably be a release where we can only throw a launch party for it years later. Musically ‘Tales To Horrify’ still flaunt the punk/metal sound that OP has come to be known for with elements of 80’s thrash/d-beat/grind – a sound that will usually start monstrous moshpits, although that is out for now. Some songs were written under the influence of alcohol, but I’m usually most creative when suddenly inspired by something I listen to, see or read.

I always have a penchant for horror and love to inject horror influences into the band’s music and imagery. Vintage horror comic anthologies inspire the title, but it is also about the horrors of a brain-dead society and the age-old power of the establishment.

It was the 80s in an even more conservative Singapore than now, and being sick and tired of all the bullshit prim and properness that was considered the norm, I found hardcore punk to represent best my rejection of all that I hated here. My early existence in an 80s Singapore surrounded by extreme uprightness from all aspects of my life fueled my creativity in punk/metal music. I used it to reject conforming to the norms until this very day.

Whether or not there are horror elements in the facade of the songs, lyrically, it is still in the same vein as my UK82 punk roots, so often, it’s almost like social commentary dressed up to look like a horror story. You will need to read between the lines to get it, but they can simply enjoy it as “horror” even if somebody doesn’t.

All the artwork on ‘Tales To Horrify’ was drawn by the king of thrash metal art,  Ed Repka! Initially, I planned to also put out an anthology-style comic book similar to “Tales From The Crypt” as additional merchandise to compliment the 7″ record and what Ed Repka did was awesome because, if you noticed, the style of the artwork is quite different from what you see in the other covers he did for Megadeth, Death, Nuclear Assault for example. The character on the cover is Jack Hack, the Opposition Party mascot, and he is the scary punk creature who has been gracing the covers of OP releases since the 80s in different incarnations.