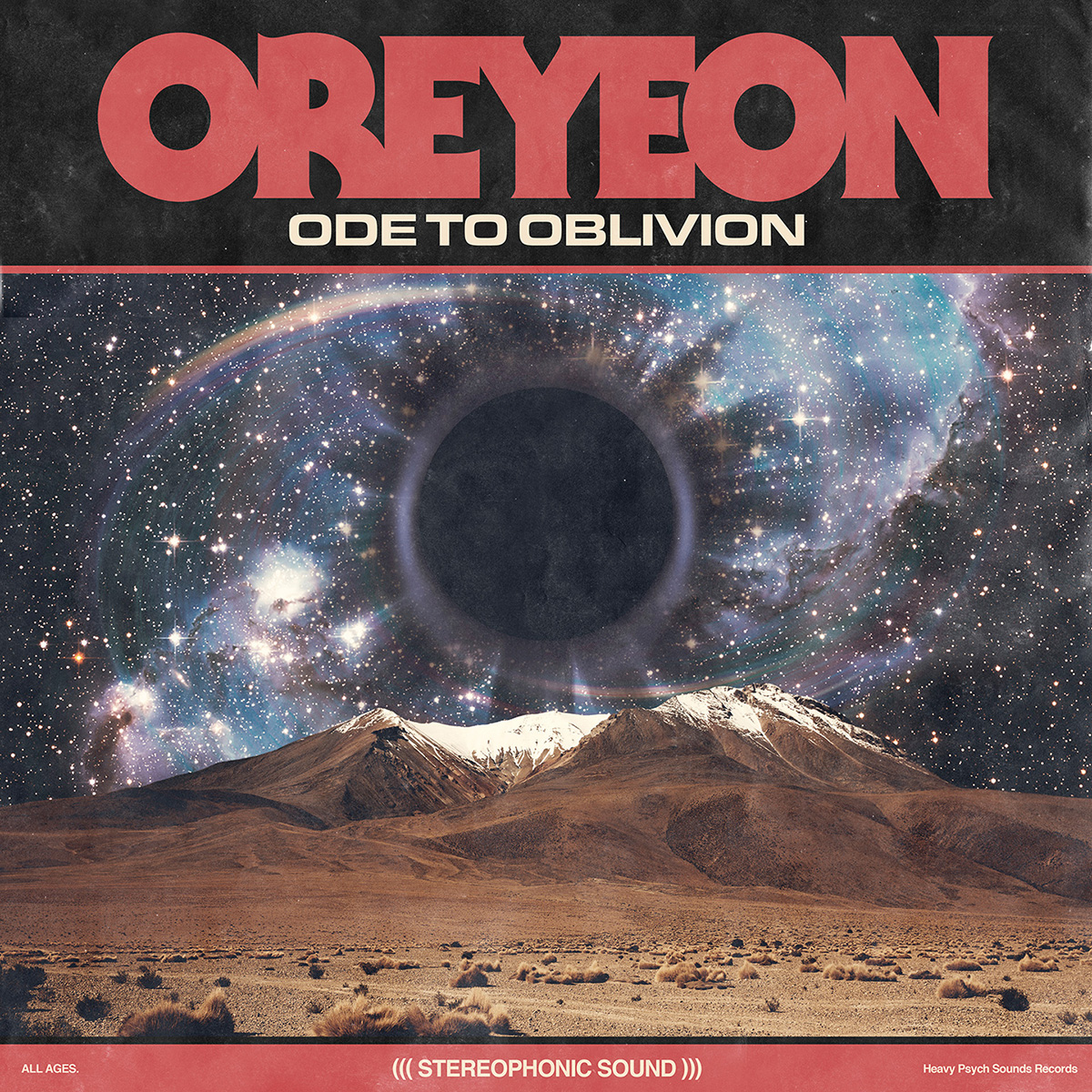 Ode To Oblivion By Richard Silvaggio

Formed in 2014 by members of such as Woodwall, Mexican Mud or Army of Angry Youth, Oreyeon made a first impressing impact on the heavy rock scene with their debut ‘Builders of Cosmos’ released back in 2016. The band’s inspirations come from various kinds of the heavy music genre, but especially they find their roots in the glories of Black Sabbath, melting with hints of metal and mixing the classic stoner rock such as acts alike Texas’ stoner heavyweights The Sword. Monolithic guitars, huge bass frequencies, melodic and complex vocals, Oreyeon know how to please every classic and stoner rock mind. On their second album and the debut on Heavy Psych Sounds, Oreyeon tries to move away from the usual stoner rock clichès into a more elaborate and melodic style. The vocal structures and harmonizations are definitely more complex, rich of melodies while the music tends towards a heavier path, taking cues from way different kinds of genres and band references.

The band started back in 2014 with a different lineup. Matteo was initially the singer and there was another guy on the bass. After a while, Richard stepped in replacing him and the final line was set. We jammed old songs and the brand new ideas until we decided to hit the studio. We released our first album ‘Builders of cosmos’ in 2015 under our band name ‘Orion’. In the meantime, we were already trying some brand new stuff, completely different from our recent album. We wanted to release a three-piece album but we eventually decided to wait a bit more in order to record eight new songs. We also changed our name to Oreyeon just to distinguish ourselves from the multitude of Metallica cover bands. To be honest, we weren’t expecting to be sighed by HPS, but certain coincidences just happened and we got their total attention.

We specifically decided to get away from the classic genre; we all listen to different kinds of music, from hardcore to Thrash metal, from Doom to Grind. We just wanted to try something new and taking influences from different other music styles to see what might have come out. The result in our opinion is something that goes beyond the classical stoner rock sound into a more aggressive, dark and grungy mood with bits of very heavy moments and on the other hand trippy parts that help the soul settle down.

The lyrics are all composed by Richard. When we first decided to release the 3 piece album the lyrics kind of followed the main subject, they dealt with the chemical experience of life through the use of substances. Due to the fact that a couple of songs did not fit into the album, things changed. Richard felt the need to talk about the nihilistic aspect of life, the mysteries behind our being alive. This turning point is been kept on our new songs so that we might be able to release a complete concept album on the next future.

The cover art was created by Branca Studio. The front cover definitely fits with the title track because we wanted something that metaphorically led to something oblivious, and what better than a black hole; we also asked for something that reminded of 60s sci-fi cover books like Asimov and Vance.

We just play without thinking too much. We are not into the same old stuff like planets, bikes, pin-ups, deserts(even though it’s on the front cover), cactus’, hotrods etc. As just said before, the concept lyrics are something personal but they don’t manage to give particular influences on the music. The music blends between all four of us. One of us might come up with something completely weird and distant from what’s already been heard, the rest just follows the path colouring the song with their own personal musical background.