Origin of the Qabalah 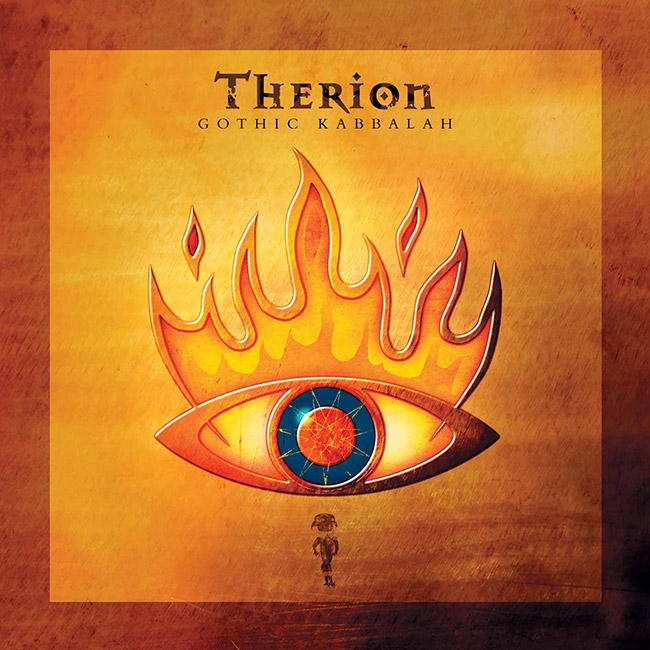 A natural questions that arises when one attempts to map the ideas and philosophies of the Qabalah is to what degree the Qabalah is something specifically Jewish. The Qabalah was developed in Europe and has its roots in the Hellenistic sphere of thought. The pre Qabalistic thoughts arose in the same environment as gnosticism and hermeticism. The Qabalah appears to be very influenced by Greek philosophy such as Neo-Platonism and the Pythagorean number mysticism. It is sometimes claimed that the Qabalah is a hellenistic Greek philosophy clad in Jewish terms. The American occultist Stephen Flowers Ph.D, claims in his book ”Hermetic Magic” that the Hebrew Qabalah has kept the Hellenistic world view, but that there also is a more original pagan Greek Qabalah. Similar thoughts are presented by Kieren Barry, an academic from New- Zealand in is book ”The Greek Qabalah”:

”It was, in fact, the Greeks who, as early as the eighth century B.C.E., invented alphabetic numerals, the very essence of Qabalistic numerology. (…) Examples of Greek Qabalah can also be found outside of mainland Greece well before the third century C.E. in Egyptian amulets, Roman graffiti, Gnostic philosophy, and early Christian writings. This is the earliest likely date of the first known work in Hebrew Qabalah, the Sefer Yezirah, or Book of Formation. This early work was essentially a product of the impact of Greek Gnosticism on Jewish mysticism, and shows the influence of numerous concepts, such as the Gnostic theory of creation by emanations, the Pythagorean decade, Platonic philosophy, Ptolemaic astrology, and the four elements of Empedocles, all of which were already part of existing Greek alphabetical symbolism.”

The Discussion if the Qabalah is at all Jewish is old and seems to have been mostly important for non Jews wishing to practice Qabalah or to use its ideas outside the frames of Judaism. The Qabalah seems to originally have been of a more universal philosophical character reminiscent of Hellenistic number mysticism, but later the Qabalah acquires a more excluding character in which the Jewish people has a mission and other peoples are associated with evil. The expelling of the Jews from Spain in the 14:th century might explain why the Qabalah is withdrawing into more exclusive and historiosophic conceptions.

”…not so much the Mosaic as the Christian religion. There is the mystery of the Trinity, there incarnation of the Word, there the divinity of Messiah; there I have read about original sin, its expiation through Christ, the heavenly Jerusalem, the fall of the devils, the order of the angels, purgatory and the punishments of hell, the same things we read daily in Paul and Dionysius, in Jerome and Augustine.”

Pico died young and the one to gain the greatest influence for the Christian Qabalah was his German disciple Johann Reuchlin. Shortly after having met Pico he was inspired in 1494 to write his first Qabalistic book ”De Verbo Mirifico”, ”The Miraculous word” This word is not the name of God Tetragrammaton YHVH which is so pivotal in theJewish Qabalah but Pentagrammaton YHSVH, Jesus in Hebrew form. The influence of Reuchlin were great and influenced both Erasmus and Luther. The young Henry Cornelius Agrippa read Reuchlin and held a lecture in 1509 about De Verbo Mirifico. The Qabalistic interest of Agrippa is reflected in his most important book De Occulta Philosophia in which the Qabalah and the occult science of his time together with natural magic are included. This book would become extremely important to the non- Jewish Qabalah and the western occultism is in a major way influence by Agrippa.

In the 17:th century in Sweden a runological Qabalah was created. This was the Götic or Gothic Qabalah which included patriotic thoughts regarding the past of the great nation in which runes and Old Norse gods were mixed with the contemporary occultism. The main character of this current was the father of Swedish grammar Johannes Bureus. He was active in Uppsala and called his Götic Qabalah the Cabal Upsalica. The connection between the ideas of the Qabalah and the runes has lived on in the history of rune mysticism. The basic structures of the Qabalah have been applied to the 24 runes instead of the 22 hebrew letters. Sometimes the 15 rune row of Bureus, the Anglosaxon 33 rune row or the Scandinavian 16 rune row was used. The 18 rune row of Guido von List gained popularity in Germany. Guido von List was deeply influenced by the Qabalah and wished to connect the Qabalah to the wisdom tradition of the ur-nordic Armanen priests. He meant that the nordic Armanen priests was persecuted by the Christians. The were forced to hide their teachings in so called ”Kalas”. The Rabbis wrote down the secret armanist wisdom and the Qabalah later came to be interpreted as a Jewish esoteric tradition. Among the secret Armanist initiates that channelled the ancient wisdom were, according to List: Pico, Bruno. Reuchlin, Trithemius and Agrippa. Guido von List even claimed to be a reincarnation of Reuchlin. List wanted to create a society structure based on the 10 Sephiroth. The top triad was to represent the enlightened elite of armanen initiates.

The non-Jewish Qabalah seems to have been more spread than the jewish in certain periods. During the 19:th century Qabalistic ideas flourished in occult circles. Famous profiles was Alphonse Louise Constant and Gérard Encausse, more known as Eliphas Levi and Papus and S.L. MacGregor Mathers, Aleister Crowley and Arthur Edward Waite. These have all influenced modern Qabalah and modern syncretic occultism. This Qabalah is not only freed from Judaism but also from Christianity. This Qabalah is often called hermetic and claims to correspond with many systems of belief. Certain writers have denoted three aspects of the Qabalistic tradition differently. Jewish Qabalah is written ”Kabbalah”, Christian ”Cabala” and Hermetic ”Qabalah”. In Swedish texts about Qabalah there does not seem to be any such division.

According to the Qabalistic scholar Lawrence Fine there exists numerous ways to map the Qabalah. One can mean with Qabalah all forms of Jewish mysticism. The problem with this definition is that it is unspecified and it excludes other forms of Jewish mysticism and all non-Jewish Qabalah. Another definition that tends to become even broader is to include all that is called Qabalah even outside the Jewish mysticism. A more academic definition is to mean that Qabalah is the specific literature that was developed in Provence and northern Spain in the 12:th and 13:th century, with the books the Bahir and the Zohar as main sources. The disadvantage with this definition is that it excludes an enormous source of Qabalistic literature both inside and outside Judaism; all Christian Qabalah, earlier and later Jewish Qabalah, modern Hermetic Qabalah and a related Greek number mysticism. A fruitful definition of the Qabalah is to focus it around the mysticism of the ten Sephiroth and the symbol of the ”Tree of Life”. In this manner the Qabalah is demarcated but can also contain interesting aspects from the Christian and the Hermetic Qabalah. In ”On the Kabbalah” Gerschom Scholem writes:

”Most if not all Kabbalistic speculation and doctrine is concerned with the realm of the divine emanations or sefiroth, in which God’s creative power unfolds.”

In Dragon Rouge we mean that the Qabalah in its essence is not something specifically Jewish, or that it is solely the foundation of a monotheistic mysticism. The Qabalah has its roots in the European Heathen Philosophy. The basic principles of the Qabalah are universal and are constructed around mathematical and geometrical parameters. The Qabalah can be defined from the teachings of the triad and the number mystical spheres (the Sephiroth) that traditionally are ten. The Qabalah is an esoteric tradition of knowledge that has had an important role in western occultism. It can be connected to both Antique and Germanic mythology, runosophy and alchemy as with numerous other esoterical traditions. The Qabalah was preserved in Judaism, often as a heresy in conflict with orthodox Judaism. The monotheistic idea structures can be found in the side of light of the Christian and Jewish Qabalah, while the remaining aspects of the ancient world can be found on the dark side of the Qabalah, something that the names of the Qabalistic demons signify.