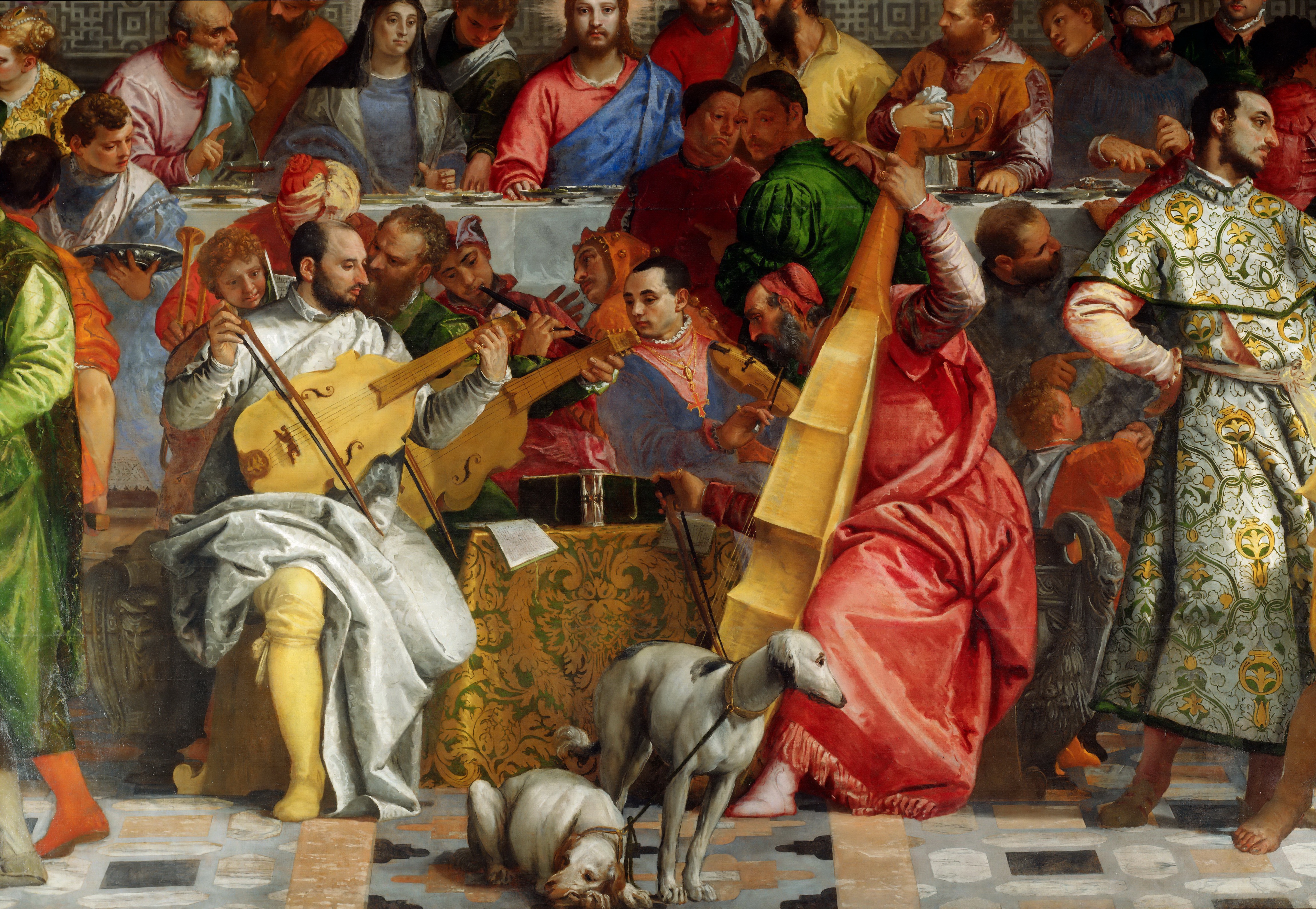 PAOLO CALIARI was born in Verona, hence he was known by the name Veronese. He studied with Antonio Badile while living in Verona, before moving to Venice in about 1553. With Titian and Tintoretto, Veronese dominated the Venetian art scene. His use of color differed from that of other painters of the Venetian school, and hints of his training in Verona can be seen in his distinctive yet harmonious coloring. Veronese often painted religious scenes, placing them in an incongruous Venetian setting with the saints dressed in finery and jewels. Although he was censored for this decorative element which some viewed as sacrilegious, it enabled him to portray the splendor of life in the rich and triumphant city state of Venice. During the early years of his career in Venice, Veronese painted frescoes for the great architect Sanmicheli. As a result, many of his works convey a lasting impression of the detail of architecture, including The Marriage Feast at Cana, where the feast takes place against a magnificent backdrop of sweeping Classical colonnades. The architectural setting intensifies the illusion that the painting is a scene from a play – sixteenth-century theaters often had two such flanking flights of stairs. Veronese has included a self portrait of himself playing the viola da braccio; beside him are fellow artists Titian and Tintoretto.