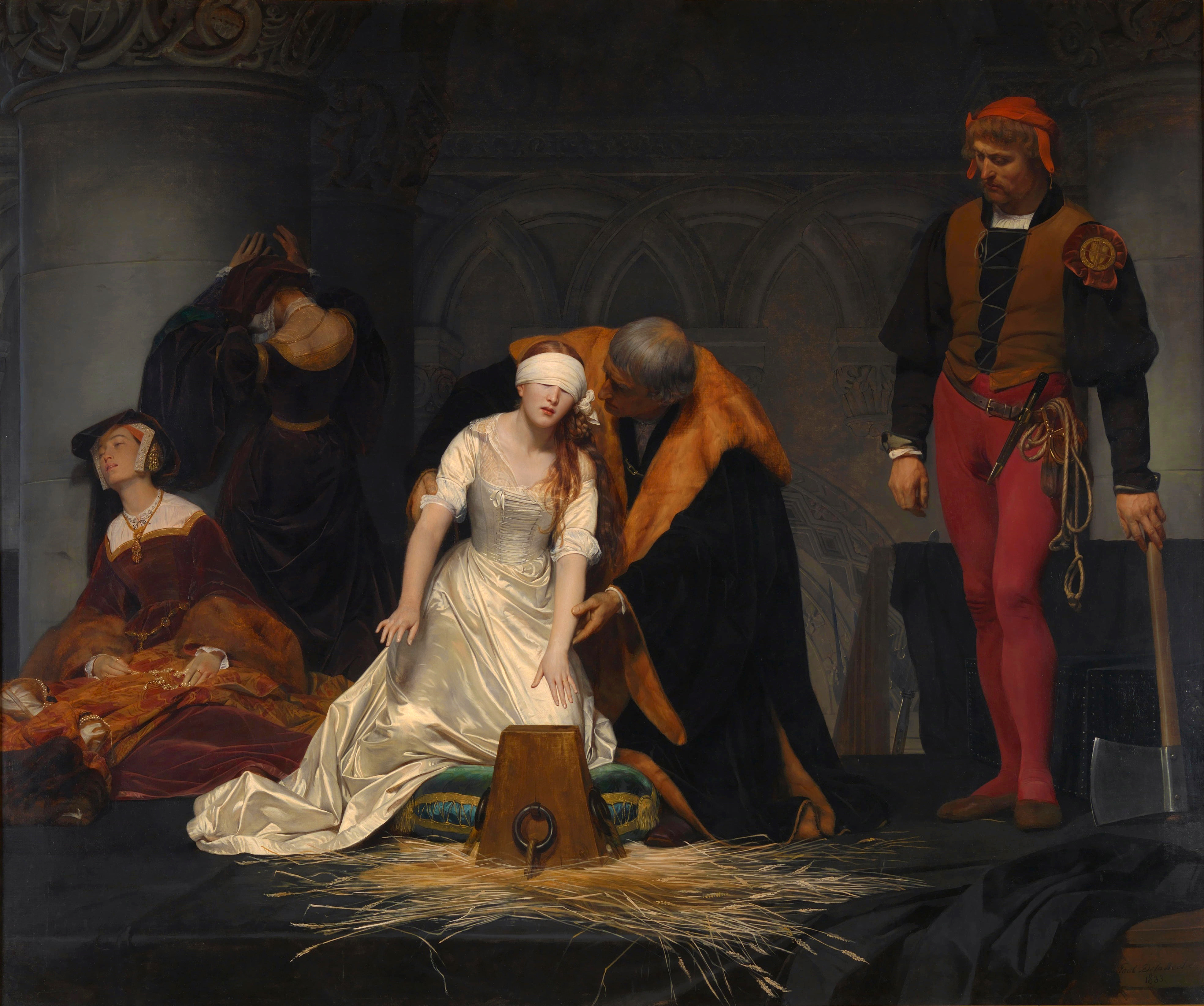 Painter and sculptor, son of Gregoire-Hippolyte Delaroche. Though he was offered a post in the Bibliotheque Nationale by his uncle, Adrien-Jacques Joly, he was determined to become an artist. As his brother Jules-Hippolyte was then studying history painting with David, his father decided that Paul should take up landscape painting, and in 1816 he entered the Ecole des Beaux-Arts to study under Louis-Etienne Watelet (1780-1866). Having competed unsuccessfully for the Prix de Rome for landscape painting, he left Watelet’s studio in 1817 and worked for a time with Constant-Joseph Desbordes (1761-1827). In 1818 he entered the studio of Antoine-Jean Gros, where his fellow pupils included Richard Parkes Bonington, Eug?ne Lami and Camille Roqueplan.