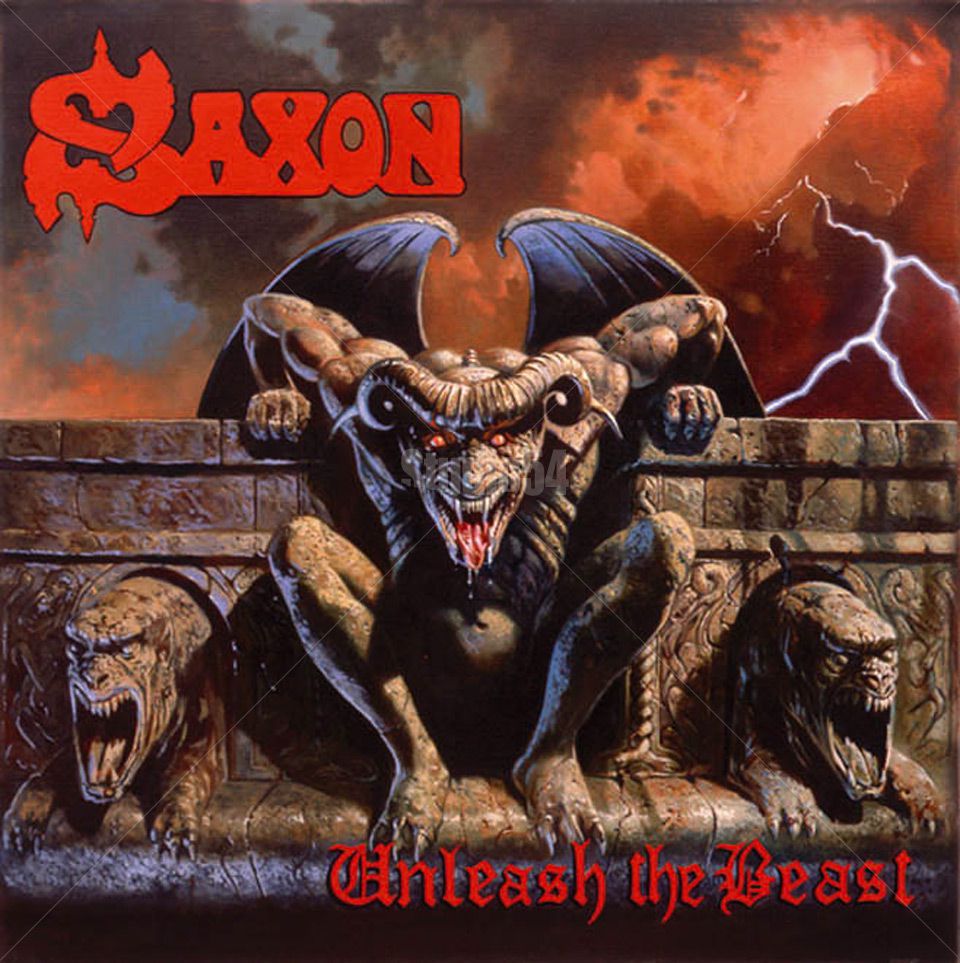 For more than three decades, British artist Paul Raymond Gregory has been considered as one of the most celebrated Tolkien-oriented painters worldwide. His cover artworks for bands like Saxon, Blind Guardian, Dio among others are equally legendary. Nowadays, he’s also extremely busy supervising the 2013 edition of UK already classic Metal fest Bloodstock Open Air. This year the event will include bands like Slayer, King Diamond and Lamb Of God among many, many more. Incredibly, he also found the time to publish a book about his work titled “Beyond Time And Place: The Art Of Paul Raymond Gregory”. From painter to event organizer to author, Paul simply proves to be a very versatile individual. Let’s see what he had to say about it in this short but juicy interview.

HMA: Do you remember how you got interested in visual arts?

HMA:Is there a painting technique that you prefer above others?

Paul: Well, I use oils. But sometimes I use a base in acrylics. Acrylics tend to be more an immediate thing. They dry very quickly. But generally speaking I use oils.

HMA: How would you describe your signature visual style?

Paul: I like to think I’m a fantasy artist, but I like to keep it real sort of thing. So I’m a sort of realist painter in that respect, you know, I paint from life.

HMA: When and how did you become involved making covers?

Paul: A picture of my work landed on the desk of Saxon’s manager in 1983 and they liked the artwork. Then they asked me if I could do the cover for the Crusader album and that was the first album I ever did for any band. That was my introduction to that.

HMA: Recently ,you published a book titled “Beyond Time And Place” fully dedicated to showcase the work you’ve done for more than three decades. Are you satisfied with how it came out?

Paul: I think it has come up really well. It’s not something that I had done before. Visually, it has come out really well, I was really impressed. The book encapsulates pretty much everything I have done in the last 30 years and that is the easiest place to see it, in a book. So for me it is going back in time and is great in that respect and see what you’ve done.

HMA: From where came the idea of creating the Bloodstock Metal festival?

Paul: It was pretty much by accident. I was looking for somebody to do my website and I found this guy. I knew he was a Metalhead and he presented me the idea of putting a festival together. And I said, “Great idea”, I didn’t think about it, because to me made a lot of sense. I think is a natural progression for me as an individual to be part of something like that. And I ended up with the festival in the end. It was about four of us, but it was obviously quite a costly exercise and eventually it was just me. So I went and developed it from there.

HMA: What, in your opinion, makes the festival special?

Paul: I don’t think we are any different from any other festival. Each year it gets more and more people. I think we probably have a European feel to it and that’s why people like the idea because they come to Bloodstock because we have a lot of European bands. We bring to UK a lot of bands. Blind guardian came in to England for the first time at Bloodstock. Nightwish is another band that we brought for the first time and several others I can’t think of right now. That’s probably one of the reasons, I wouldn’t say that there’s specific reason for that.

HMA: So, what can people expect from the festival?

Paul: It’s just 4 days of Metal basically. We got 3 stages, the New Blood stage, the main stage which is the Ronnie James Dio stage, the Sophie Lancaster stage, and we have a smaller stage for an acoustic set. It’s just full on Metal! And is for all ages as well!