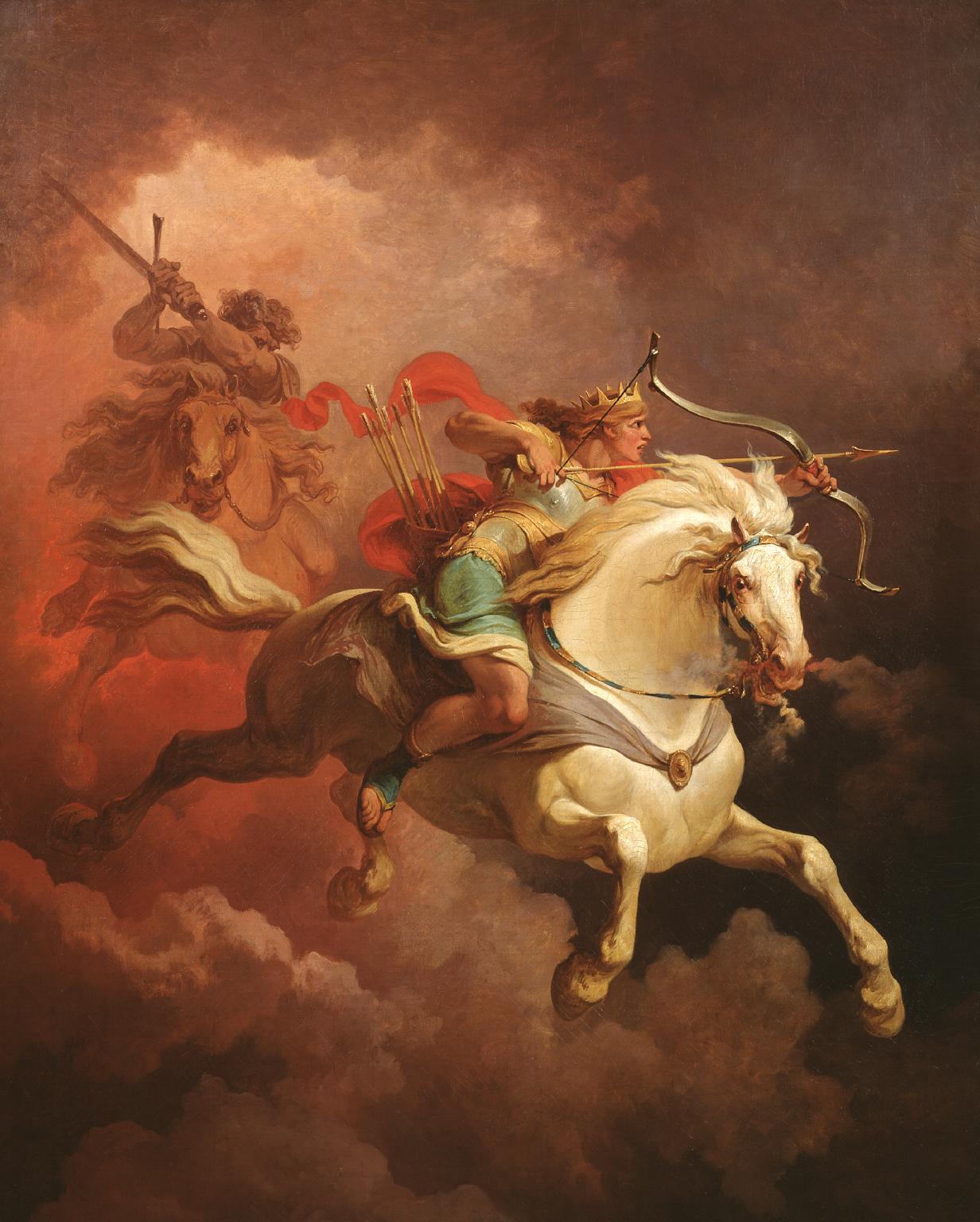 Alsatian painter, illustrator and stage designer, active in France and England. Loutherbourg’s father, Philipp Jakob (1698-1768), was an engraver and miniature painter to the court of Darmstadt. In 1755 he took his family to Paris, where Loutherbourg became a pupil of Carle Vanloo; he also attended Jean-Georges Wille’s engraving academy in the Quai des Augustins and Francesco Casanova’s studio. Wille directed Loutherbourg’s attention to 17th-century Dutch landscape artists, such as Philips Wouwerman and Nicolaes Berchem, and in 1763 Denis Diderot noticed the inspiration of the latter in Loutherbourg’s first Salon exhibit, a landscape with figures (Liverpool, Walker A.G.). In this and other works, focus is on the foreground figures, which are framed by natural formations that occasionally fall away to reveal distant horizons.

This informal style found favour with the French public; Loutherbourg’s vivid, fresh colour and ability to catch specific light and weather conditions made the pastoral subjects of Fran?ois Boucher and his school seem contrived and fey. Rather more romanticized were Loutherbourg’s shipwreck scenes (e.g. A Shipwreck, exh. Salon 1767; Stockholm, Nmus.), inspired by Claude-Joseph Vernet, and pictures of banditti recalling Salvator Rosa. Loutherbourg became the most prolific painter to exhibit at the Salon between 1762 and 1771. In 1766 he was elected to the Acad?mie Royale de Peinture et de Sculpture and nominated as a Peintre du Roi.