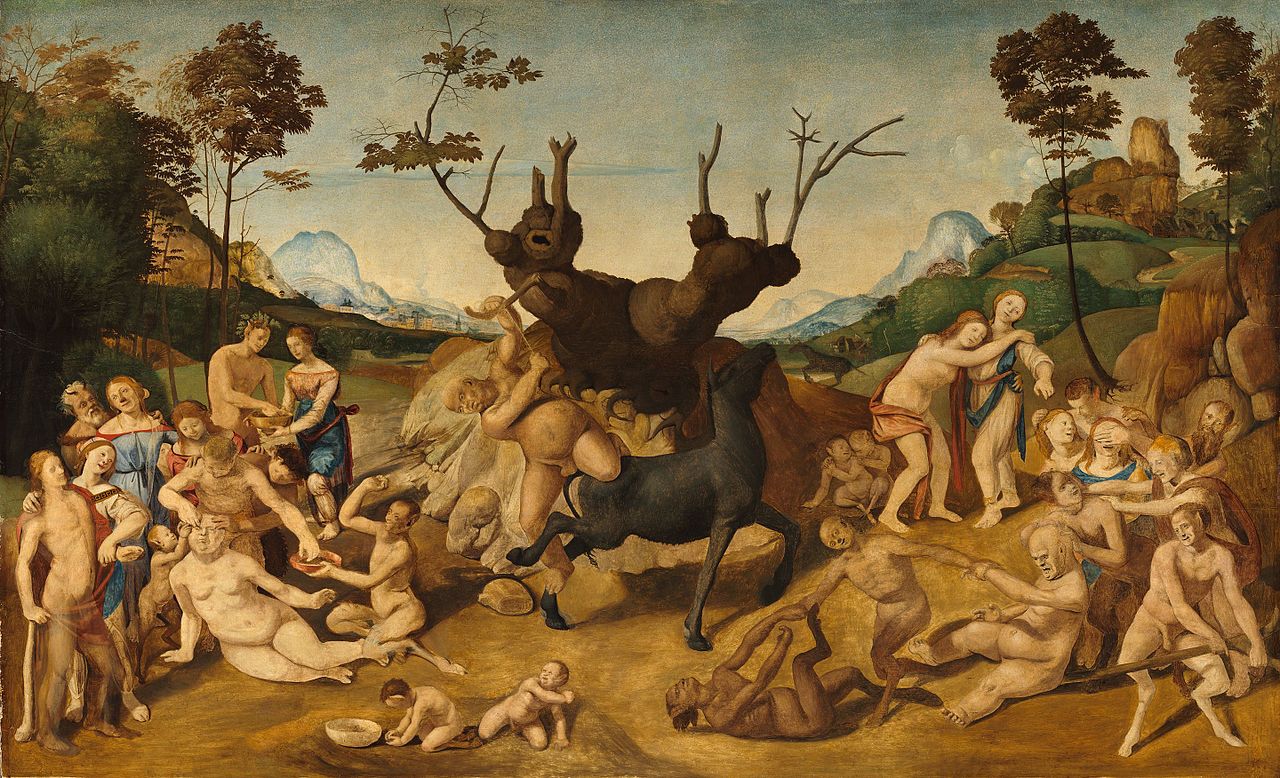 Piero di Cosimo – Italian painter. He was Florentine and trained in the studio of Cosimo Rosselli, working as his assistant in painting the frescos in the Sistine Chapel (begun 1481). The main source of information about him is Vasari who, in the Lives, portrays him as a thoroughgoing eccentric whose diet consisted principally of eggs, hard-boiled 50 at once at the same time as his glue size, to save time and fuel. None of his surviving paintings is signed, dated or documented and the current attributions mostly depend on Vasari’s account. Piero was a painter of fantastical imagination: Vasari relates how he would wander around by himself conjuring ‘castles in the air’ and deriving ‘extraordinary landscapes’ and battle scenes from ‘a wall where sick persons had used to spit’. His imagination was grounded nonetheless in observation, Vasari pointing out that he drew excellently from life. Of his mythologies, the most poignant perhaps is the erroneously titled Death of Procris (London, National Gallery) in which a faun laments the death of a nymph, whilst a hunting dog looks dolefully on. Piero was fascinated by animals, which feature in this and many of his other paintings. He also painted an elegiac portrait of the tragic Simonetta Vespucci (Chantilly), a celebrated Florentine beauty who died aged 23. Piero’s posthumous portrait is full of symbols relating to her early death. Religious paintings also featured in his output, the most important being his Immaculate Conception (Florence, Uffizi). An extremely original artist, his influences include Signorelli and later on Leonardo and his most celebrated pupil was Andrea del Sarto.

From: The Bulfinch Guide to Art History