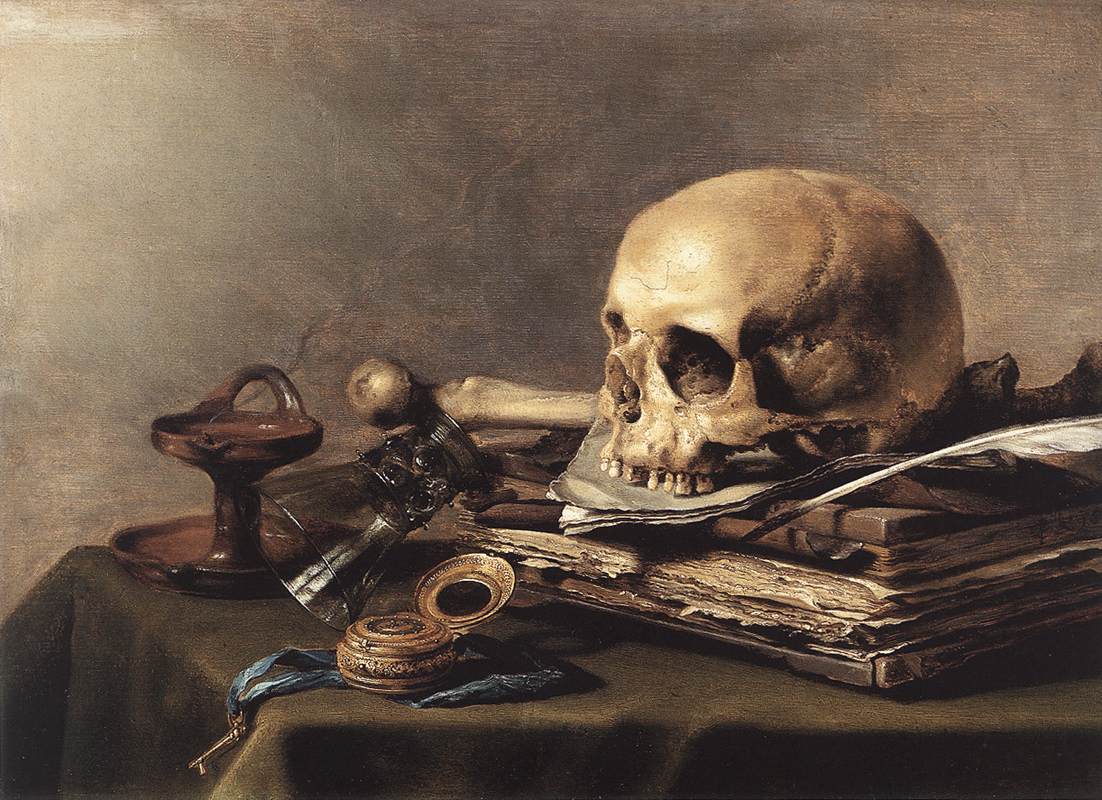 He was born in Berchem, Belgium, near Antwerp, where he became a member of the Guild of St. Luke in 1620. He moved to Haarlem in 1621, where his son, the landscape painter Nicolaes Pieterszoon Berchem was born. He and Willem Claeszoon Heda, who also worked in Haarlem, were the most important exponents of the “ontbijt” or dinner piece. They painted with subdued, virtually monochromatic palettes, the subtle handling of light and texture being the prime means of expression. Claesz generally chose objects of a more homely kind than Heda, although his later work became more colourful and decorative.

Claesz’s still lifes often suggest allegorical purpose, with skulls serving as reminders of human mortality. The two men founded a distinguished tradition of still life painting in Haarlem. Pieter Claesz was influenced by the artist movement ‘Vanitas’. Claesz is registered in the Haarlem Guild of St. Luke as the teacher of his son, Nicolaes Berchem, in 1634, but Nicolaes preferred landscapes to still life painting and later after a trip his talent in music. Claesz had, in addition to his son, the pupils Evert van Aelst, Floris van Dyck, Christian Berentz, Floris van Schooten, and Jan Jansz Treck.