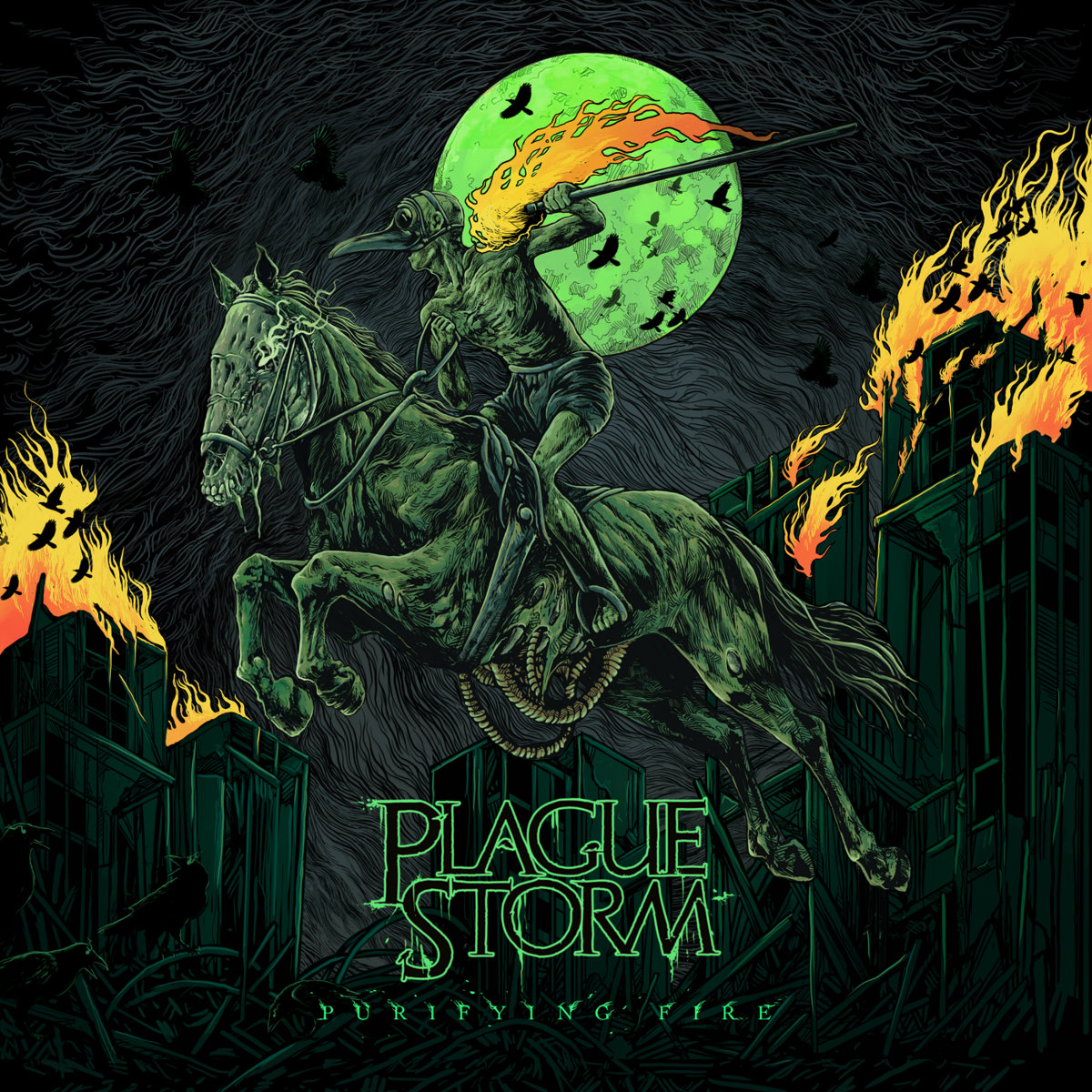 Plaguestorm was born from the mind of Sebastián Pastor, who was strongly influenced by Melodic Death Metal bands such as In Flames, Dark Tranquility, Hypocrisy or At the Gates. The project was founded at the beginning of 2014 in Bahía Blanca, Argentina. Within his discography (two albums and an EP), Plaguestorm has had many guest musicians, some renowned and others with a long history within the Argentine scene, Björn Strid (Soilwork), Fabio Bartoletti (Fleshgod Apocalypse), Ken Romlin (Night Crowned), Rodrigo Plasencia (Bolo / Undermine), Diego Martinez (Nacer Muerto), Pablo Román (Sobre Tus Cenizas), Sebastián Nuñez Szymanski (Eroica) and Mikael Sehlin (Engel / Degradead) who recorded the full vocals for the latest album ‘Purifying Fire’ (2021). Plaguestorm delivers aggressiveness and emotional demand with 90s melodeath vibes and some melancholy touches; maybe you should try it.

I think it all started as a hobby and became an almost full-time entity because my mind is unwittingly programmed to think about Plaguestorm almost 24 hours a day. My music mixes aggressiveness and melancholy/melody almost in equal parts. However, I am very influenced by the old melodeath, but I try to give it a personal touch, and I feel that as the years go by and the albums go by, this begins to be noticed a little more. But, if you discover Plaguestorm today, you will find Melodic Death Metal.

‘Purifying Fire,’ the creative process was somewhat strange; the album was created in 2020, in the middle of the pandemic and some family problems, so this whole situation influenced my way of composing; maybe that’s why the album has a lot of dark/melancholic things, maybe depressive, but with a lot of aggressiveness and anger. It took me almost a year to finish the album. Writing, composing, recording all the instruments, mixing and mastering sometimes becomes a very difficult job and requires a lot of time, dedication and effort. Sometimes I think I should work with someone else to avoid putting so much pressure on myself, so I can think more about the composition and not so much about the technical part, but when the budget is low, there is no other option than to roll up your sleeves, work hard and do all on your own.

In general, the lyrics talk about the problems that man causes to the planet; they are lyrics of awareness, lyrics that talk about pollution, deforestation, poverty and the misery of man, but they also talk about personal situations and death. Death is present in everything that surrounds us.

What inspires me the most is man and his miseries; some people are like the plague that destroys everything that crosses its path, all to get more power or money. I can’t understand how they don’t realize that their greed and avarice are dragging the whole world into darkness.

At 8/9 years old, I knew a bit of rock and pop because my father liked bands like Queen, Genesis, Scorpions, Europe and things like that. Still, I think the most significant impact on me was at 11/12 years old when I heard Metallica for the first black album for the first time, but the definitive knockout hit was ‘… and Justice for All’, since then day I couldn’t leave heavy metal anymore. I always remember a phrase from my mother who told me, ‘When you grow up and you’re older, you won’t listen to that music anymore’ I think she was wrong, I’m already 42, and I can’t stop listening to everything that has to do with heavy metal.

I am completely sure that music unites people, especially heavy metal. Throughout my life, I have made very good friends because of heavy metal, so I don’t think this is just entertainment; for many, it is a way of a lifetime.