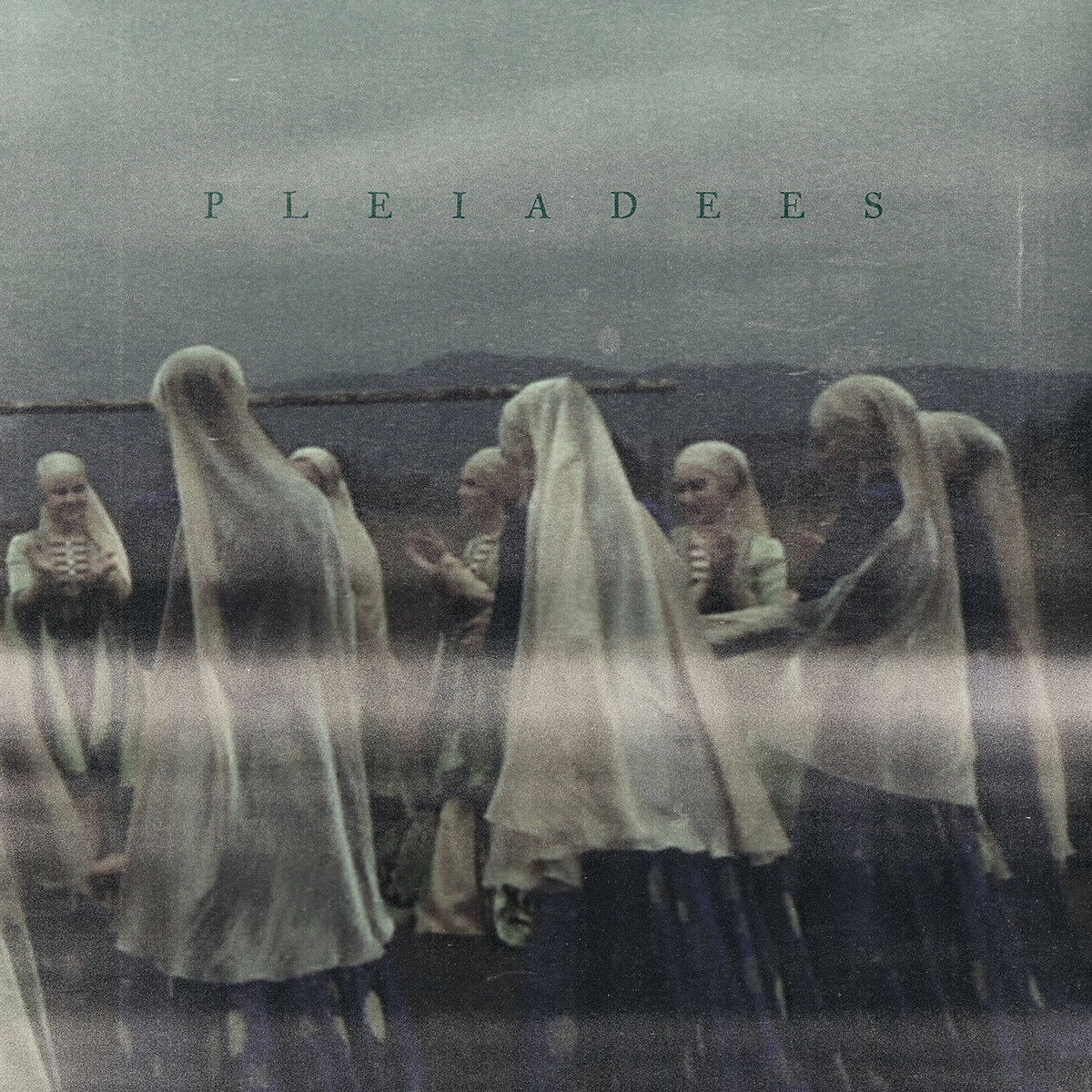 Italian dark jazz ritualists Pleiadees announce divine eponymous EP, due out November 22nd on Subsound Records. Says the band: “Pleiadees looks at the stars with its feet in the mud of life. From mud, the lotus is born. From the lotus a jewel. Pleiadees music digs deep in search of forgotten jewels. It uses the methods of free rock, jazz, improvisation and transcends them all. It’s world music for these disjointed times we’re all in.”  Pleiadees offers a rich, ancestral and powerful synthesis of electronics, traditional sounds and jazz instruments. As a result: deep reverberations directly connected to the soul. Cristiano Calcagnile is a drummer, percussionist and composer. He developed an autonomous and personal “language” that allows him to “adapt” himself to many different musical contexts and to have multiple collaborations with several international artists.

Massimo Pupillo is a bassist and a composer. Known as the bass of the band ZU (with whom he released 18 albums) he collaborated on many art projects, from jazz to improvisation, from avant-garde to noise with dozens of world-famous musicians.

Xabier Iriondo is a guitar player, multi-instrumentalist, producer, arranger and composer) is the deus-ex-machina of some of the most adventurous musical projects that have been conceived in the last 20 years in Italy. Afterhours guitarist and sound manipulator for projects such as Tasaday, A Short Apnea and Buñuel.

Pleiadees is a band that lives in his own world, at the crossroads of many genres and influences that we three musicians carry with them. There is something coming from rock ( i hear and recognize something from Earth and even early Pink Floyd sometimes, but this is in retrospective, it was not meant as a choice). There is a jazz element but I would say is more in the methodology of choosing to play themes in a very open and even “loose” way. And there is, of course, our curiosity for an ancestral, primordial and numinous layer of the psyche, that brings to a time-space where music was a ritual, or, given the elusiveness of this word, a portal or even a stargate to other dimensions. We are all musicians with a long history now, and for all of us is now clear that this thing called music is an ancient and powerful tool that can do wonders on the psyche and on the spirit, and even on the body of a human being.

This is our first release together as Pleiadees. It’s composed of 3 long movements, one being the full side A of the album. This doesn’t mean that you have to expect boredom or monotony… on the contrary, there is a constant flow of ideas and change of scenario, that is very organic and natural. That is because we chose a way to write where we were not even concerned about releasing an album. We were really enjoying being together and playing, and enjoying the process itself. And I think the open listener will enjoy this freedom.

There are, and there are not, lyrics on our album (ha! how elusive is that!). Let me explain: we do not “sing” but we use lots of vocal samples, provided by our good friend Vincent Moon’s from his “Les Previsions” films. Vincent Moon travels the world recording ancient traditional rituals based on music, and his research is so close to ours on sound and frequency, that it became one project. So you will hear a lot of voices and my suggestion is to dive into them and hopefully get carried away by their vibration, without necessarily analysing where they are from and what is the exact meaning of the words.

We try to keep our lifestyle less decadent as possible. But to reply to you I can say that we are also influenced by a variety of extra-musical inspirations. This is very personal, of course, but I think we have a common sense of what is deep inside human soul so, old traditions and mythologies and mysticism (without dogma) can offer some sort of maps that for sure the modern man is sorely missing.