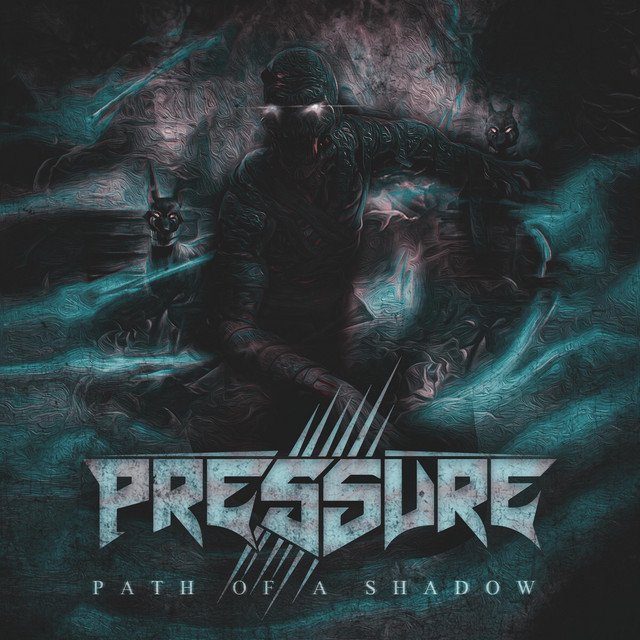 You See (Is What You Get) by Simon “Siirpo” Forsell

Pressure is a melodic rock band hailing from Stockholm, Sweden. With songwriter and lead guitarist Simon “Siirpo” Forsell at the helm, vocalist Olof Jönsson and guitarist Emil Salling lead everyday people worldwide to overcome and embrace the pressures felt from daily existence. Their lyrics famously show that there are two sides to every story – the good and the bad. Every song has a double meaning. Pressure wants their music to be used as tools to handle the different pressures surrounding us. The lead singer Olof puts his soul into every word he performs, and he is backed up by the guitars intriguing melodies and rhythmical sound. The band began their journey together in 2018; they have worked around the clock to build their unique sound and powerful songs. Pressure is always putting up an excellent show for you, and they aim to make memories and epic musical moments together with their fans. A quote that can summarise their lyrics is: “How can you tell a story about life if you haven’t dared to live life to its fullest and take chances so you can say you have been there and done that!”. Pressure is all about every story, every moment, every Pressure!

Our new single is coming on the 19th of February. It is called What ‘You See (Is What You Get)’ and took some time to write and produce. It all began with Simon, who usually writes the first versions of the songs, found a story he wanted to tell. The music wants to address that society and people around you want you to be something other than yourself today. They want to change you and mould you into something that fits into their living standards. The Normal is something all strive for, but you will feel better if you are just yourself. If you accept who you are and dare to be different, there is no reason people should not do that. Be strong in yourself because What You See is what you get!

Simon started writing the draft of the song and passing it along to the band. After listening to it, our lead singer Olof began to work on the lyrics and harmonies to get everything fit for his voice and interpretation. He made quite a few adjustments to Simons work, and Simon rerecorded the draft. After this had been done a couple of times, we started to record the song for real. We had to redo the song a couple of times to capture the feeling of the music. After we did this, we sent the song to our producer Izzy Ander who transformed the sound into an even more hard-hitting beast than it already was. We have recorded it in both Swedish and English to get the message through. The video, which will be released at the same time, shows a lot of different people singing the chorus and participating to show that being yourself is something good!

The main direction of the band is in the name of the band, Pressure; we want to make music that can be used as tools by everyone to help with their different pressures in their life. We all have Pressures around us and must deal with them in different ways. Therefore, we listen to stories and things around us to get the inspiration and motivation to write new songs. Every person and every occasion have some kind of story, and we want to tell it. We want people to address their pressures and experiences and learn how to challenge themselves to rise above themselves. We want to grow with our fans and with every story; that’s why we play: Story Metal!

The monochrome artwork was for the ‘Shadow’; we made it, our rhythm guitarist Emil Salling made it. It shows that the shadow is always around. We all feel different when it comes to shadows. Simon, for example, finds comfort in his shadow. His shadow is a representation of his guarding angel—a shield who is always around.

The new single ‘What You See’ is made by Cigdem Keser and shows our lead singer holding a homemade sign of the single name. It’s very simple; nothing added or enhanced. We wanted to capture the title What You see is what you get, so we wanted to keep it simple. He represents the person singing in the song, and even if it almost was winter when the picture was taken, he has no jacket or coat; he is himself. The artwork concept was developed by our lead singer Olof who wanted this kind of image to show the song.

One of the earliest memories of our lead guitarist is hearing his parents play music. He comes from a musically active family, and there were a lot of instruments and music going on all the time. This inspired him to start playing and rehearsing all the time. He wanted to learn more and more to be able to play the music he heard around him. This developed into his musical journey so being allowed at a young age to pursue music was very important.

We have released five singles up to date. But it all comes down to telling stories. And to tell stories, you must dare to live life. If you have no experience in what you are to write about, how could you capture it? Our upcoming album will tell a story about a person how experience both a rise to the top and how sometimes events can lead to your downfall, but how to pick up the pieces of your life and move on or if you choose to disappear from it all? We have seen the whole story and lived it. So when you listen to Pressure, you get the real deal. We use the power of Story Metal to get a medium to transfer the energy to the listeners.