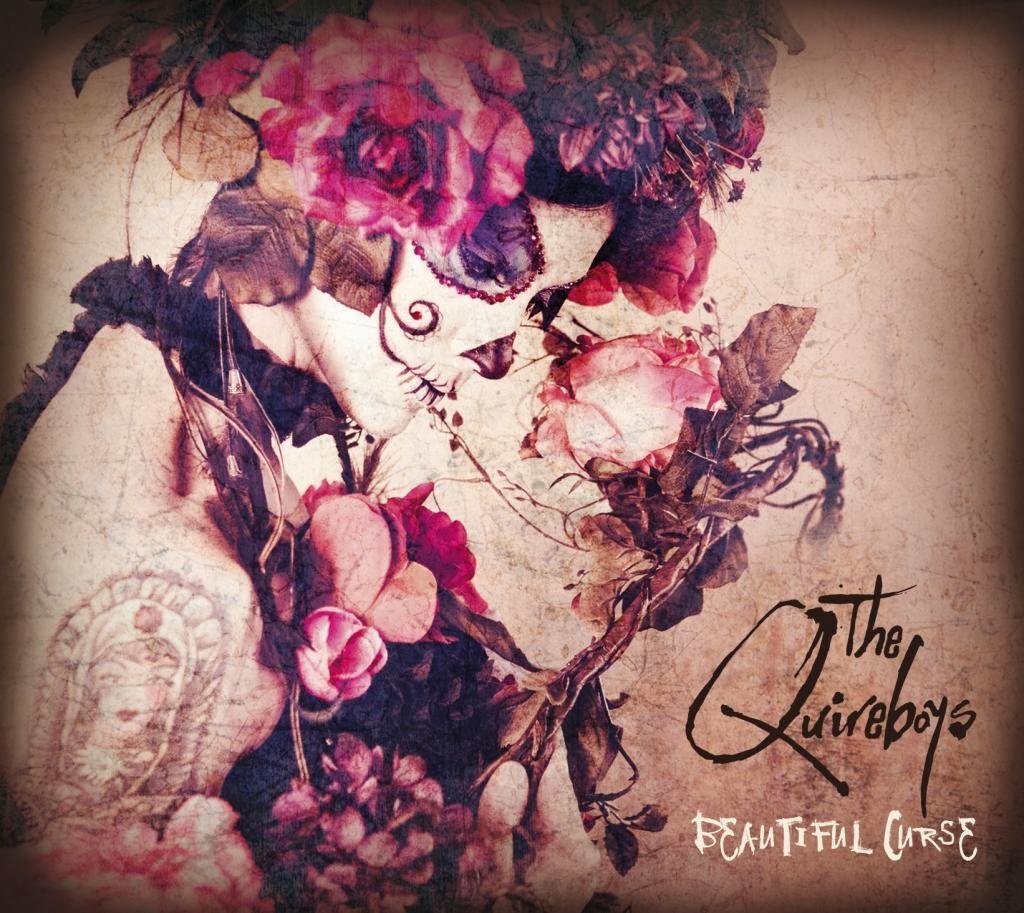 One-on-one with guitar master of the Quireboys, Guy Griffin

The Quireboys are part of a long tradition of English rock’n’roll excellence. Formed way back in 1984 when rock music ruled the world and the demand for hairspray was making Aquanet’s owners filthy rich, the Quireboys have since enjoyed international fame. Their latest album ‘Beautiful Curse’ has received exclusively positive reviews from fans and critics, and the band is now on a mighty European tour that will take them across the breadth and width of the continent. I had a chance to sit down and talk with Guy Griffin about the Quireboys’ new album, their tour and what years of experience in rock’n’roll have taught them.

Andy (HMA): Well first of let me begin by thanking you for this interview. It’s a real pleasure for me because I’m a huge fan of the Quireboys.

Guy Griffin: Thank you very much.

Andy (HMA): You’re doing a pretty extensive tour of Europe at the moment. How’s that going so far?

Guy Griffin: Well we’re right at the beginning. We actually have a day off today. We’ve only done three shows so far. Yesterday it was starting to sound how it should sound. We’ve got a very different set this time so for more than half the set we’re playing the songs for the very first time. Last night was a lot of fun, we played in Oxford. There are a lot of shows coming up. I mean before the end of the year we’ll have played about forty shows or something.

Guy Griffin: Well we love touring in the UK obviously but we also always know what to expect in the UK and we’ve done it for so long. We really enjoy going over to Europe, it’s good to be going to a few places we haven’t been to for quite a long time like Holland, Belgium and places like that. Getting to do quite a few shows in Germany this time around which we’ve been trying to do for the last few years. And Scandinavia is always good for us and Spain, which we’re touring in December.

Andy (HMA): You’ve been around for many years. You’ve played with Andy McCoy, Guns’N’Roses, all kinds of legends….and I think you, yourselves are legends in your own right. Looking back at it all now what have you learned from it all?

Guy Griffin: [Silence]. Uuuh…. [Laughter]. I don’t know. I don’t know if we’ve learned anything. If anything we’ve probably stopped doing it a long time ago. We love what we do and you just have to learn to have a sense of humor and a lot of patience when you’re on the road. Just treat people the way you want them to treat you. It’s about how you deal with people on the road; you meet people from different walks of life every day. Sometimes when it is fans it might be the first time they’ve met you and it doesn’t matter if you’ve been having a good day or a bad day, you need to give everybody the required amount of time. Musically we’ve learned a lot along the way actually and that comes from touring for so long.

Andy (HMA): ‘Beautiful Curse’. What was it like recording the album and do you have a favorite track off the album?

Guy Griffin: Um, not really, not a favorite one. It kind of changes all the time…. I really liked ‘King of Fools’. I think we’re playing eight or nine songs off the album really on this tour so they are kind of changing into something else when you play them live. ‘Beautiful Curse’ the track is sounding beautiful live. We’re just happy about the way it turned out. Especially the good reaction, I don’t think we’ve had a single bad review which is amazing really.

Andy (HMA): I really like the album cover. Could you tell me more about why you picked that particular image? It’s a little different from your other album covers.

Guy Griffin: Well we wanted some sort of striking image and it was a friend of mine in America, I did a record with her, for a band called ‘The Deserters’. Their singer Angela, she sent me this photo of her: she and her friends had been out at this thing called ‘The All-Souls Procession’, I think it takes place in Arizona or something, but they were all in that kind of face make-up. You know it’s all kind of beautiful but macabre at the same time, it’s influenced by the Mexican festival ‘Day of the Dead’. And it sort of ties into all that sort of voodoo type of New Orleans thing but mostly we wanted a striking image and the picture my friend sent me wasn’t high resolution enough to use for a cover, so we went on the Internet, got the rights to use the one we have now and that’s how we got it. Originally what became the album cover was our second choice because we couldn’t get the rights to use the image we wanted to use. It’s come out really nicely.

Andy (HMA): I’ve always loved you because your songs are very lyrical. Could you talk a little bit about how you go about writing them?

Andy (HMA): There was a big gap between ‘Homewreckers and Heartbreakers’ and ‘Beautiful Curse’. Do you expect such another gap like that before the next album?

Guy Griffin: No, not this time. Now we’ve got good management that’s pushing us and we’re actually booked to go in the studio around January. We’ve got half a record written already. Ideally I’d like us to put out an album a year, I mean it only took us twelve days to record ‘Beautiful Curse’.

Andy (HMA): What’s the most important piece of advice you would like to give young guys and girls starting out with their bands?

Guy Griffin: Um, practice hard; rehearsing is a big part of success. Find your own sound, don’t copy what’s big at the moment because by the time you’re done imitating someone else’s style and you put your own work out there, things have moved on and you’re left behind. Find your style, everyone draws inspiration from somewhere but you have to stick to what you believe in musically instead of following trends.

Andy (HMA): Well thank you very much for time. It was a real pleasure and I hope you enjoy the tour. I’m looking forward to the show in London.

Guy Griffin: Thank you! Come say hello at the show.