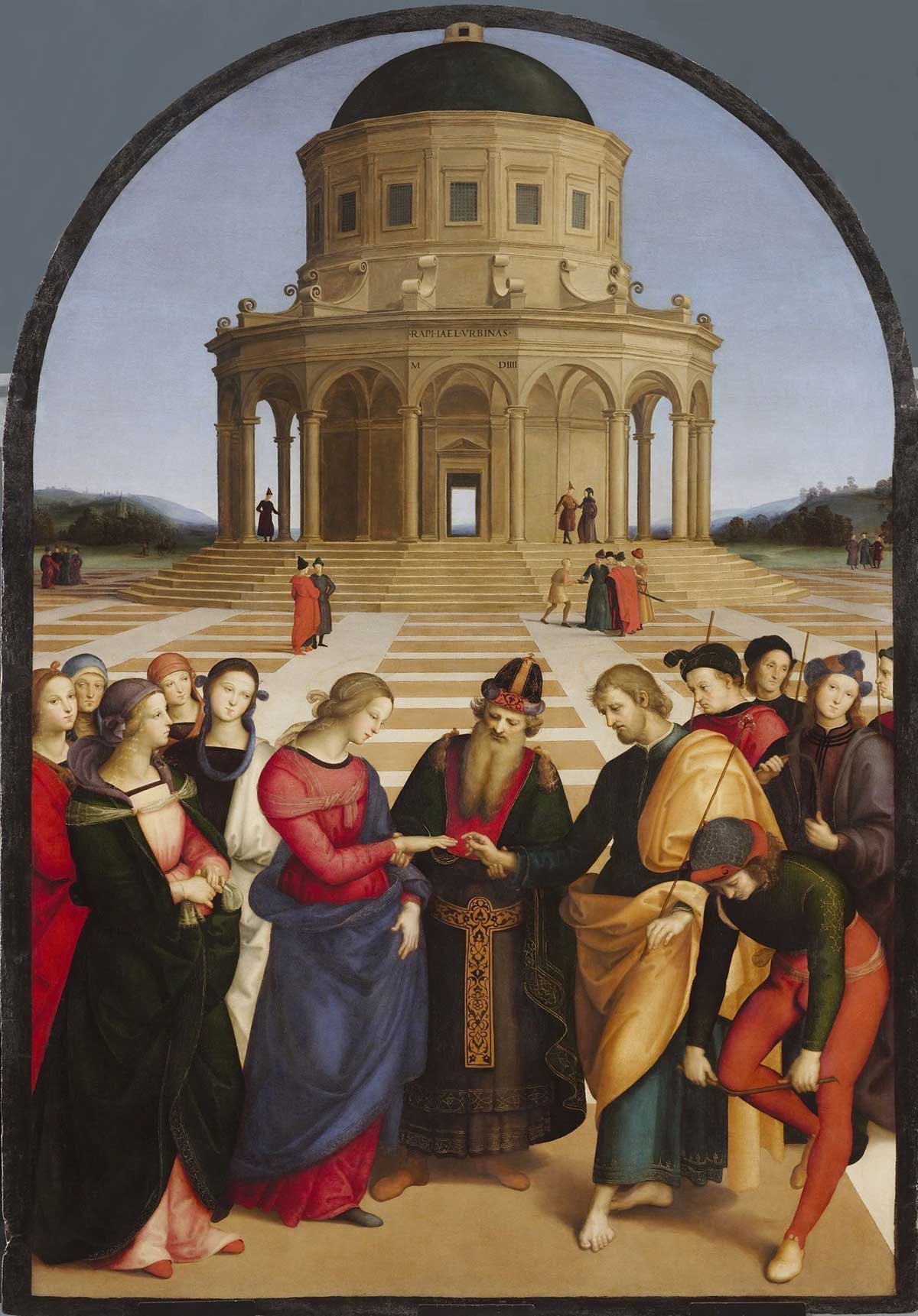 Raffaello Sanzio da Urbino (April 6 or March 28, 1483 – April 6, 1520), better known simply as Raphael, was an Italian painter and architect of the High Renaissance, celebrated for the perfection and grace of his paintings and drawings. Together with Michelangelo and Leonardo da Vinci, he forms the traditional trinity of great masters of that period. Raphael was enormously productive, running an unusually large workshop, and despite his death at 37, a large body of his work remains. Many of his works are found in the Apostolic Palace of The Vatican, where the frescoed Raphael Rooms were the central, and the largest, work of his career. The best known work is The School of Athens in the Vatican Stanza della Segnatura. After his early years in Rome much of his work was self-designed, but for the most part executed by the workshop from his drawings, with considerable loss of quality.

He was extremely influential in his lifetime, though outside Rome his work was mostly known from his collaborative printmaking. After his death, the influence of his great rival Michelangelo was more widespread until the 18th and 19th centuries, when Raphael’s more serene and harmonious qualities were again regarded as the highest models. His career falls naturally into three phases and three styles, first described by Giorgio Vasari: his early years in Umbria, then a period of about four years (from 1504–1508) absorbing the artistic traditions of Florence, followed by his last hectic and triumphant 12 years in Rome, working for two Popes and their close associates.