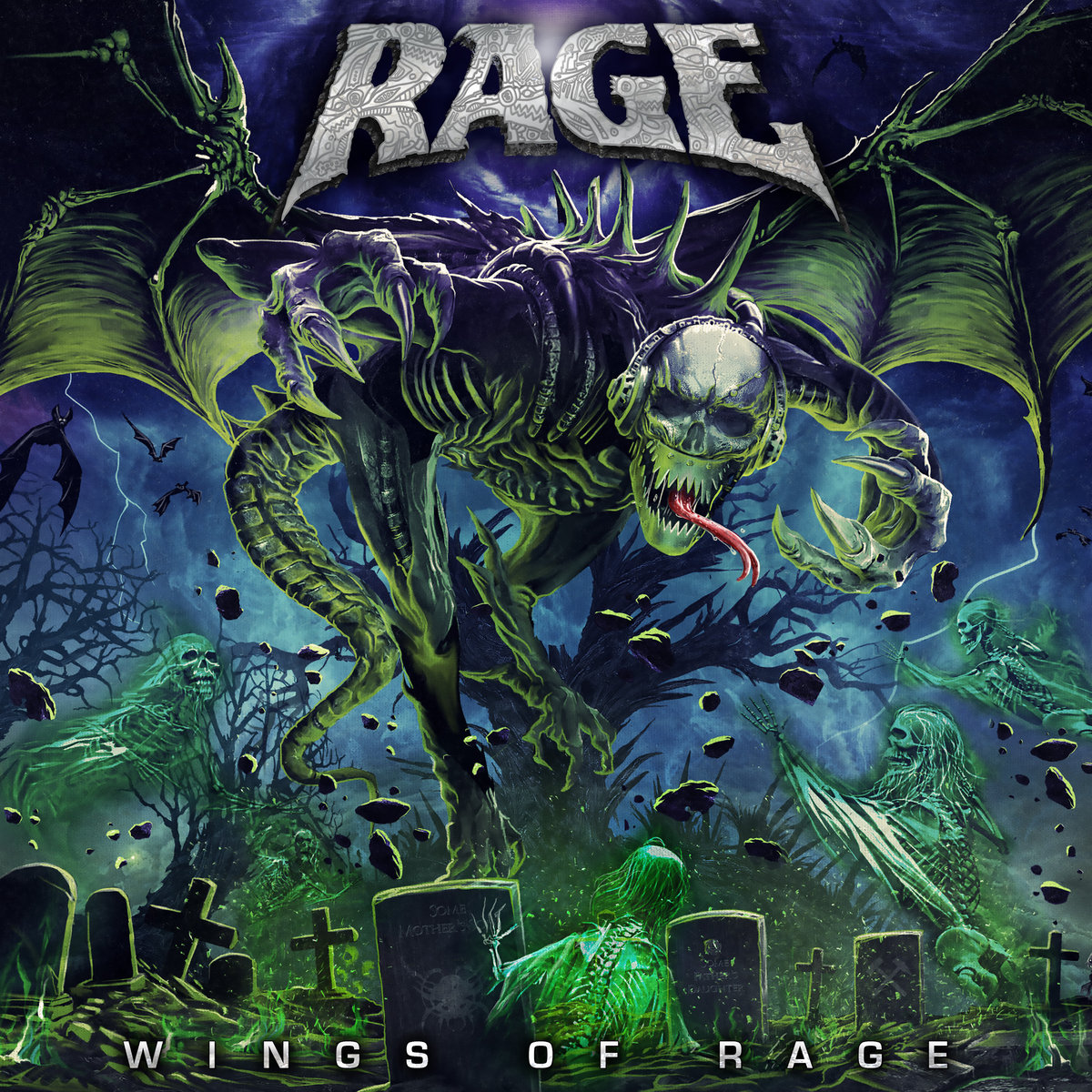 We chose the name Rage long ago in 1985. Two years before we started under the name Avenger. Unfortunately, there was a British band under the same name, so when we signed to Noise Records in ‘85, we were asked to change the band´s name. Our drummer back then, Jörg Michael, suggested “Rage” and we all liked it, that’s all.

The meaning for ‘Wings Of Rage’ is that if you use the energy of anger and Rage positively, it can lead you forwards to better solutions. Our music is powerful, heavy, thrashy but always with plenty of melodies. For me, this kind of stuff kicks me and gives me a good feeling.

When I developed my way of composing songs, I was influenced by the early eighties metal stuff, of course. Still, my musical socialisation began already in the sixties, so I use many nice harmonies and chord progressions that root back to these times, like the Beatles, plus lots of others.

When I started with this band in 1983, there were no sub-genres or so. All was Metal, from Venom to Bon Jovi. I always liked the faster, heavier shit as much as I like good melodies, so I naturally combined it. This was already in the air back then; also, other German bands thought like this. The most successful was Helloween, but we have started the same Idea already at the same time. This lead to the sub Genre “German metal” I guess…

I write a lot about death, the beyond and generally like darker topics. But I´m not stuck in only one thing. Having written (and released) way more than 500 songs over the years, you can imagine there’s plenty of different topics in all that material.

What exactly is the definition of “dark arts”? I’m a devoted skull collector, so I like sculptures made with bones, is that what you mean?

We have worked with different artists over the years. Stan-W Decker did our latest album cover; he is from France. I like his style, in my opinion, it looks good for what we need it, as the album cover and merchandise. I gave him my song Lyrics, and he developed the concept.