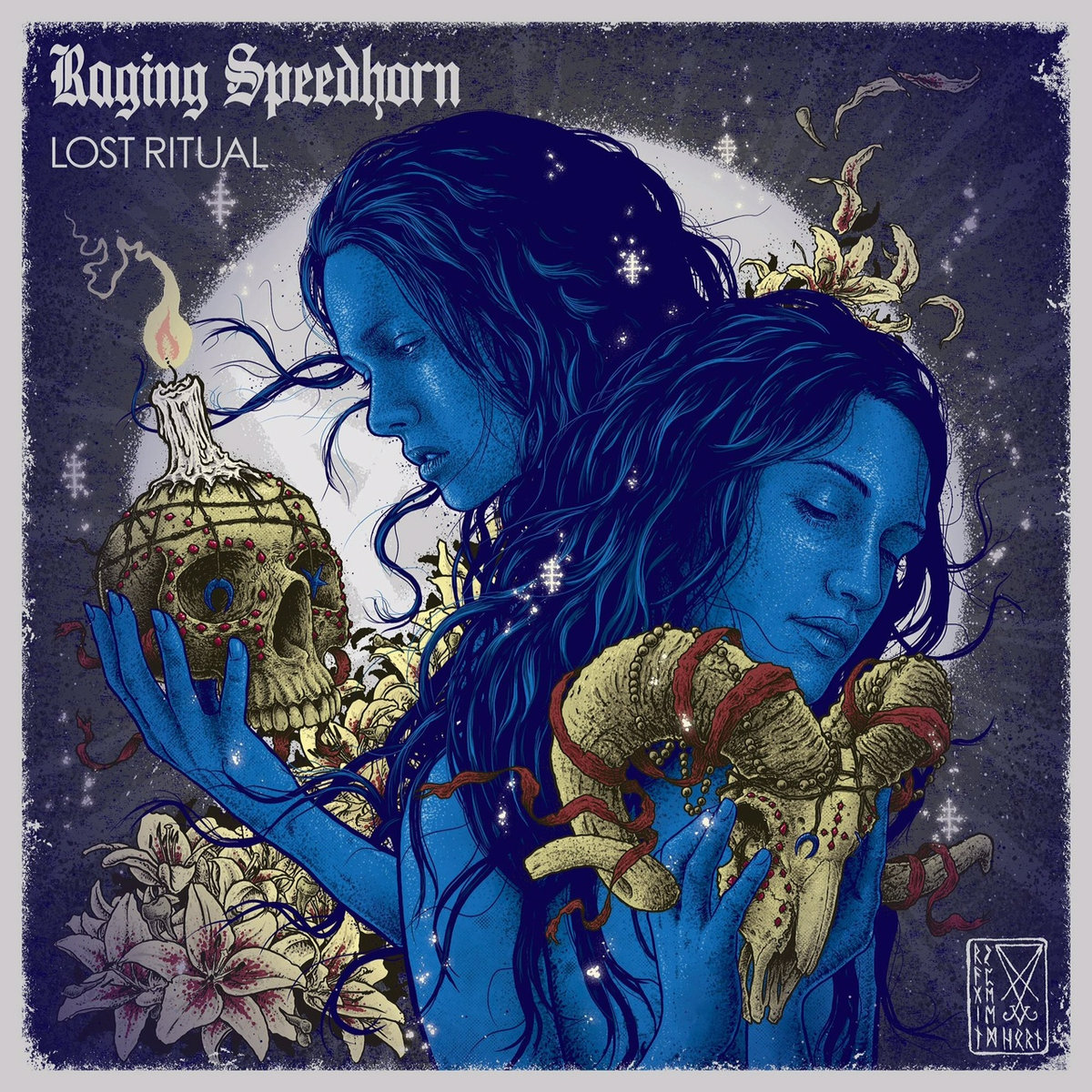 Saviours of BritSaviorsl by Darren Smith

Raging Speedhorn is heavy, loud, aggressive rock and roll. That’s how I see it anyway. We’ve been slotted into various genres over the years. Not sure any have ever fitted us perfectly. Our latest album is called ‘Lost Ritual’. When we got back together we only really intended to do some shows and see where it took us. We never really thought about writing new music. One practice I had a couple of ideas for new songs so we tried them. From that session came ‘Halfway to Hell’ which eventually took us onto the idea of writing a new album. We set up a campaign through Pledge Music so we could self-release and the response was crazy, smashing our target. We booked the studio for recording, (Parlour Studios with Russ Russell), and the weekend before we went in the practise room and wrote the rest of the album there and then. It just kind of exploded out of us just like that. I think you can hear the fact that the music was fresh to us on the record. It kind of captures our excitement and a live feel while remaining polished and produced.

For me a great record has to have riffs first and foremost and some kind of substance to the overall writing. Vocal content and some kind of story are important as it draws you in and of course, it has to have a good old fashioned solid beat underneath to keep your foot tapping or your head banging. There’s plenty of shite out there these days that’s quite clearly churned out to appeal to the masses and push units.

All the lyrics are written about life in general really. Good times, bad times and everything in between. You’ll hear a lot of call and answer from Frank and John which I love. It allows them to either approach a subject than the other back it up with keywords or sometimes even tell a story from two different perspectives. It’s all just life experience pouring out either way. We do like to promote having a good time and us kind of fixate on that a lot. Never politics, absolutely not religion, we make our own myths so to speak and movies are for the tour bus or hotel.

I don’t listen to a great deal of current music if I’m honest. There seems to be so much more of it these days that it’s like wading through a bog trying to find hidden gems. Having said that there seem to be so many great artists out there, certainly more than great bands. I’ve lost count of a number of times I’ve picked up a new release because the cover artwork is incredible only to listen to the music and be disappointed. There are gems to be found though so it’s 100% worth searching. I guess I’m just lazy in my old age. Definitely more gems in the underground world of music and art than the mainstream for me. I also think that music is more diverse these days as is art so there’s more chance of everyone finding something they like in heavy music.

I think a great record cover is totally personal to taste, as is the music. I also think that a great record cover can be as simple as a blank sleeve or as complicated as a great piece of artwork. The artwork should always have a link to the music though somehow, even if it takes some working out. As far as our latest album Lost Ritual goes, it was really a collaboration with the artist Dominic Sohor that links the music and cover. We basically gave him the album title and asked him to design the artwork just from that. If you look at what he produced carefully you’ll see echoes of past albums as well as the new. Kind of like Raging Speedhorn and what the band meant was lost and has been found again in the new album.