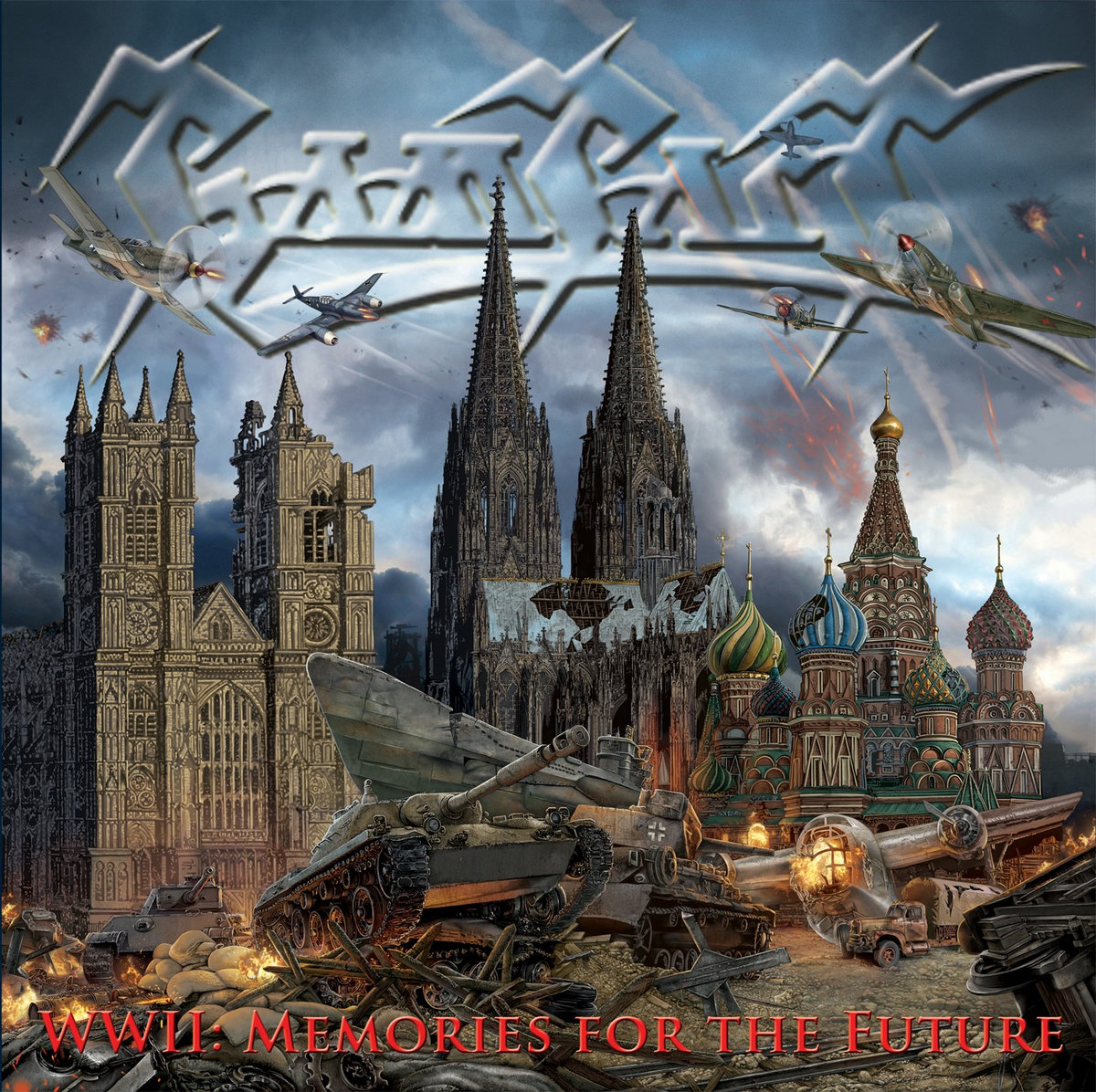 WWII: Memories for the Future by Maria Diese

Rampart is a female-fronted heavy metal band founded in 2006 and led by the singer Maria Diese. After touring numerous countries in Europe, Rampart has won the position of one of the most hard-working bands in the genre, distinguished for the classic songwriting and the impressive style and manner on the stage. Over the years, the band’s efforts have resulted in five full-length studio albums – Voice of the Wilderness (2009), War Behest (2012), Conspiracy (2013), Codex Metalum (2016), and WWII: Memories For The Future (2021).

Rampart enjoyed sharing the stage with Saxon, Kreator, Queensryche, Flotsam and Jetsam, Anvil, Udo Dirkschneider, Scanner, Blaze Bayley, Susperia, Hate, Arkona, Witchburner, Lonewolf, and many more. In 2016, the Wacken Foundation supported the band for its ‘United Opus of Apocalypse and Staging Tour’, covering 28 dates in different countries. Rampart’s story highlight is the participation in Wacken Open Air 2017. Now, Rampart is ready with their brand new album ‘WWII: Memories for the Future’. The main topic line of its lyrics is conceptual and features less known historical facts about the most far-flung, destructive, and lethal war in world’s history.

The conception of our new album ‘WWII: Memories for the Future’ was born a few years ago, under the influence of some recent historical researches and semi-apocryphal theories of events from WWII. Some facts combined with the current state of the modern world very well and explained, at first glance, some chaotic events. The feeling of this process was as if a puzzle was arranged in front of your eyes in a meaningful picture. Rhymes and music seemed to pour themselves into the mould of the album’s conception. Respectively, some of the songs acquired more aggressive characteristics, while others were born in classical forms. In such a way, the album became more diverse. Most of the band members contributed to the compositions with initial ideas, but we also succeeded to shape the final product by a more united approach. In our new album, you can find a variety from thrash metal songs to Rock’n’Roll compositions and lots of classic heavy metal between them.

From a lyrical point of view, there are serious historical themes, delicate jokes, and inner metaphysical experiences in the compositions. The album includes two cover songs: one of them is of the death metal project RESISTANCE, where the authors are members of the Rampart’s team, and the second is of an old Bulgarian thrash metal band called 17.XII. Both of the tracks have been rearranged for our style. The songs of our new release are dedicated to political and historical events directly related to Bulgaria because, after all, this is the ‘bell tower’ from which we look at the processes of WWII.

The title ‘WWII: Memories for the Future’ expresses exactly this satisfaction from the knowledge that actual historical science can give us to understand the current state of the civilisation in which we live. The power to understand the reasons, because of which the international relations and current processes are, increases the perception to such an extent that we can manage our future to a reasonable degree. Despite our progress, the war still seems to be decisive for the primates’ development. In-depth research can explain our evolutionary horizons in economic, strategic, psychological, and technological terms. That is why; we consider these memories important and valuable for our future. We are far from exhausting the topic, and we do not pretend that we have painted any generalising picture. We just wanted to bring light on a few small pieces of the big puzzle, which are the priority of professional historians for now. We intended to make it so that these music pieces’ logic represents the undeniable beauty of truth.

Our inner aesthetic feeling and music taste have motivated us to work in the universe of heavy music. We have the privilege of creating music in modern times, where rock is the only living tool of expression. Metal has long been the avant-garde trend within this framework. We believe that contemporary creative ideas can be expressed most truthfully and meaningfully by means of metal music.

We have been inspired by great bands before, which is why we started making metal music. Inspiration is everywhere in life around us. We didn’t have a catastrophic flash to be ‘born’ in metal. Instead, this is the result of constant attitudes toward our being and the upgrading of our perceptions in the light of the experiences we gain. In this trail of thought, life continues to sculpt our identity, and each album is a snapshot of our defects or our perfections. As a public affairs expert in the defence and security domains, I often got inspired by military topics for my lyrics at the emotional and cognitive-applied levels. I do not write lyrics for their sake but to send key messages to particular audiences. This messaging is more than an emotional call for unity and shared values. I do not write music and sing because of metal, but I address everyone inside metal and through it.

We do not use Prozac or illegal stimulants to write our songs. Our best ideas come in moments of clear consciousness. During rehearsals and especially after them, we do not refuse any drink. Perhaps our creativity is woven from our vices but not so directly. Many of our colleagues and fans do not understand that we do not create music to express ourselves and empathise like stars who have achieved something big. We have always played and created music because there is no option not to play for us. We have no idea whether this inner need is caused by good beer or fresh carrots, but we feel it is more.

There is no common lyrical concept in our music as a whole. For now, we alternate non-conceptual albums with conceptual albums. Thus, our second album, ‘War Behest,’ was a metal opera dedicated to the dimensions of friendship and rivalry. The new one is based on the topic of WWII. Our other three albums have songs not meaningfully related to the others. We do not slam the door on any topic. A common feature in our music is what unites metal as a whole – a sincerity that is characteristic of all living arts.

When we developed a conception for the album, we created a very specific conception for its artwork. Our idea was to present United Europe with three emblematic cathedrals: Westminster Abbey in London, Cologne Cathedral at Köln, and Saint Basil’s Cathedral in Moscow. The artwork features four models of planes: the British Spitfire, the German ME-109 TL, the American P-51 Mustang, and the Russian IL-2 that all encompass the technological basis of the new European economy. The main components were included in our requirements to the artist. Some details were more interpretable and desirable. I am afraid that we left him a very small space for personal creativity. For us, his master know-how in painting and developing detailed objects in composition was the most important. After the initial requirements, we didn’t have to require any changes on the final result. As you can see, the artist Stefan Valkanov did an excellent job.

One of the reasons for the process mentioned above is that our message is quite specific. Despite all the fault lines, we are humankind that must learn to rebuild its achievements and be aware of the unity of its civilisation. We must be able to extract the useful from our collapse and use it for the common good. Although we have achieved this greatly, we must continue our efforts because our well-being is not something given. Peace must be ‘fought for’ constantly, consciously, and convincingly. We will continue to make mistakes, but our level of consciousness must be guided not by the most destructive ideas but by our most progressive ones. This is the common messaging in our new album. Stay heavy and take care of yourselves!