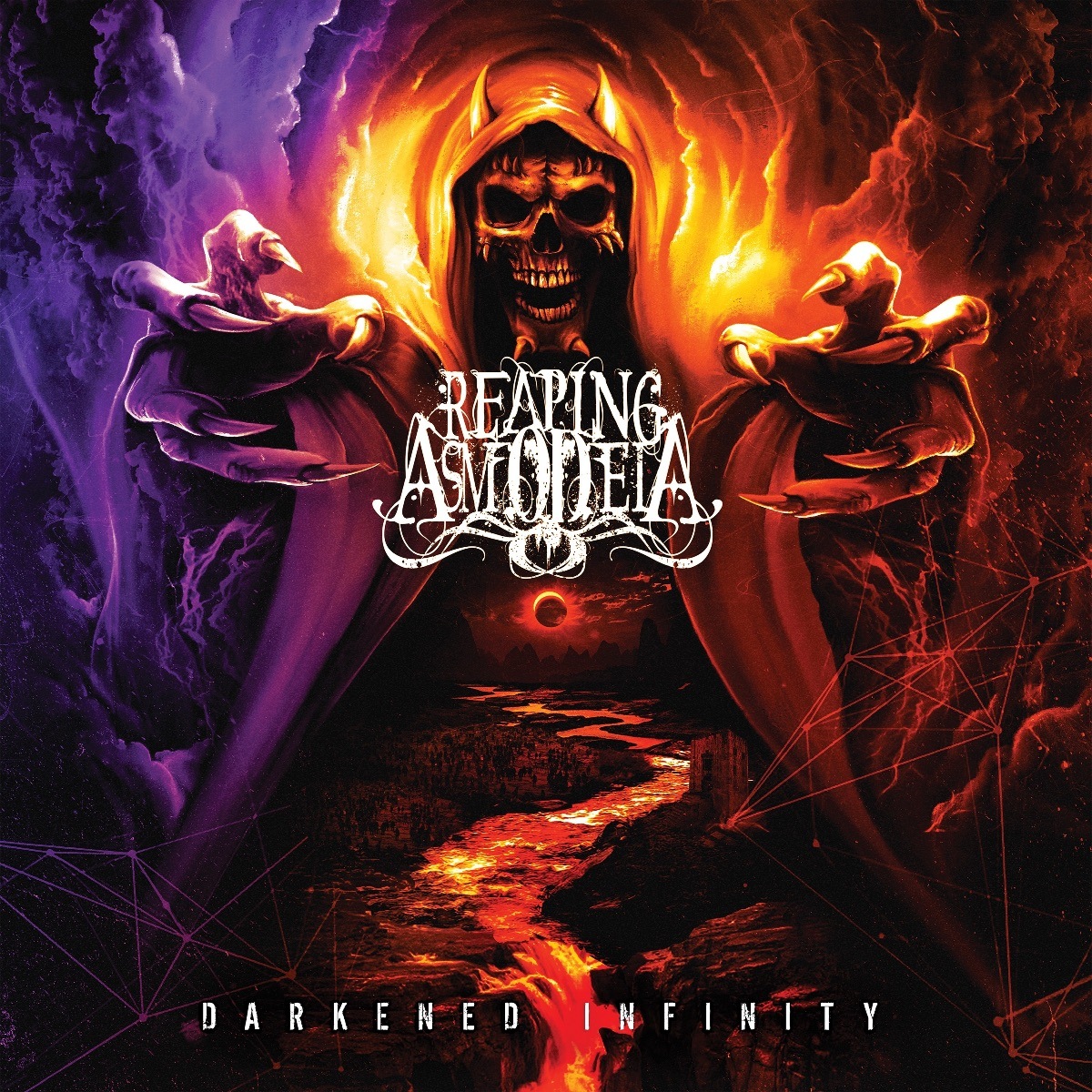 ‘Darkened Infinity’ was written and approached as a concept piece. We envisioned a record that is to be listened to front to back. The 3 of us expanded our writing process beyond our instruments and added electronic influence and orchestration elements. Each of us was able to produce pre-production individually, which helped drive the writing process.

It’s always time to make a record! It’s really when we get into a flow of writing individually and pre-proing music to each other that we get in the writing flow. With ‘Darkened Infinity’, we started some songs a few years earlier. The rest of the album was written relatively quickly in comparison. Once enough good riffs are written, it gets exciting. That drives us to keep grinding so we can get those bangers in the ears of our fans! Don’t say yes to everything. Drugs can bolster creativity. Stay true to yourself. Be the bigger person.

Early shows with an incredible local band named ‘Revelence’. I was just old enough to go to heavy metal concerts and was blown away by the production and choreographed moves they displayed on stage. It was so much more than awesome metal to me, and that set a bar for what I wanted to bring in my musicianship. It’s awesome that I’ve since been fortunate enough to play with a few of their members in other projects.

Music drives the world in any aspect. Natural rhythms are sustained everywhere. From background noise to extreme metal, music can change the mood of a situation. We are certainly here to entertain our fans, but our mindset keeps this band alive.