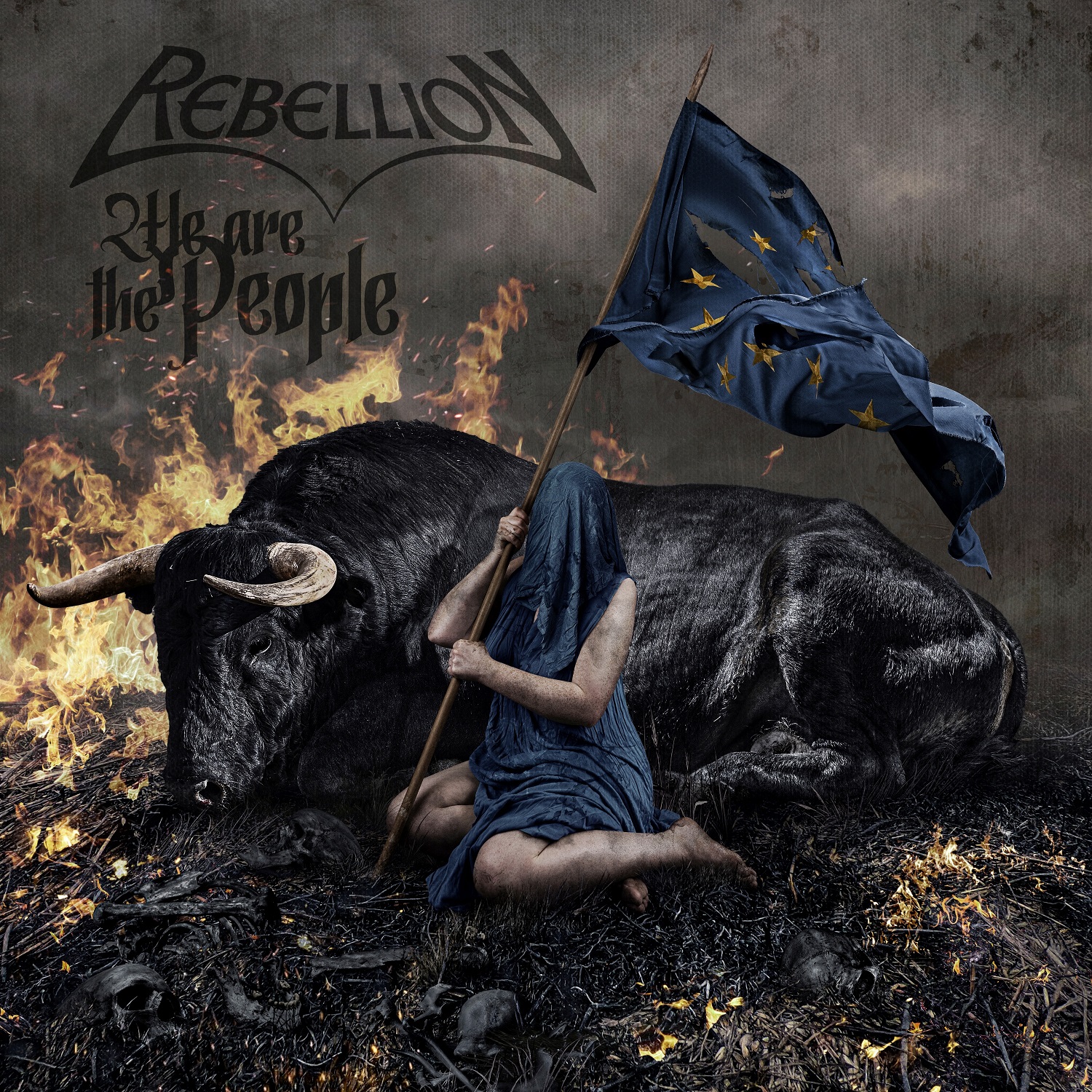 We Are the People by Fabrizio Costantino

The band was formed in 2001 as a heretical spin-off of Grave Digger. Typical of Rebellion is that every album is a kind of concept album. There is always an overarching topic that is dealt with in a well-founded way. Whether that’s Norse mythology or Shakespeare, nerds worldwide also like to discuss these topics with us through social media. This is especially pleasing to Tomi, who writes most of the lyrics as a founding member and historian.

‘We are the People’ was born out of a weird situation. Shortly after I joined the band in 2020, the world was crashing face-first into a god damn pandemic. All gigs were cancelled, so we decided to flip the script and record an album. Tomi had long wanted to make an album about European history, and since Martin and I studied musicology together, we knew a thing or two about the subject as well. We pre-produced songs, exchanged ideas, dismissed them and so on. For instance, we also took a trip to a concentration camp memorial to get a hold of an aesthetic idea to compose a song that would confront us with a subject of unspeakable horror. When recording the album with Uwe Lulis, all of this stuff above got melded into a rough yet modern sound. Maybe we were also trying to get back that live feeling we missed so much, and I don’t know.

I’m not the lyricist in our band, but since we mostly make concept albums, our songs are about the subject of that album. Tomi, who mainly writes the lyrics, teaches English and History at university, so his lyrics are always well-researched and have that analytical and critical distance. However, I must admit that our songs often tackle topics like war. This always reminds me that war is a big part of human history, and we should cherish the fact that Europe has been pretty peaceful for the last 70 years.

I have no idea what the other band members think about that, although I’m sure Tomi is all about sex, drugs and rock and roll! 😀 However, my philosophical journey began with Nietzsche’s ‘Thus Spoke Zarathustra’ and led me straight into the depths of Adorno and Horkheimer’s ‘Dialectic of enlightenment as well as Adorno’s aesthetic theory. So I’m very inclined to the views that critical theory offers. Now, when I think about music, I tend to think about its socio-political aspects and aesthetic aspects. However, when making or writing music – especially with Martin – I like to explore conflicts and tensions between musical craftsmanship and that desire to push the boundaries of established structures.

I used to be a skateboarder, and someone had burned me a CD with such typical skater punk. As a joke, he threw ‘Grotesque Impalement’ by Dying Fetus on the disc as the last song. I basically only listened to this last song for the next few months because the sound blew me away. I had never heard anything like that. Highly energetic waves of death metal ripping down the guard of my listening habits with brute force – damn, that was awesome.

Music is not important to the world, but humans would psychologically run dry without it. We need music because we need to articulate the unspeakable things for whatever reason. May it be because of psychological barriers, tradition or systemic pressure. Through music, we can express the ambiguity of our time’s condition. Nietzsche may call that the tension between the Apollonian and the Dionysian. Harmony and chaos, if you will. Music (and especially metal) is always a combination of both in some form. We may use music, its aesthetic and social dimensions to cope with the struggle of giving order to a deeply chaotic life. Not necessarily by thinking about it but by experiencing it. If that doesn’t unite us, what will!?