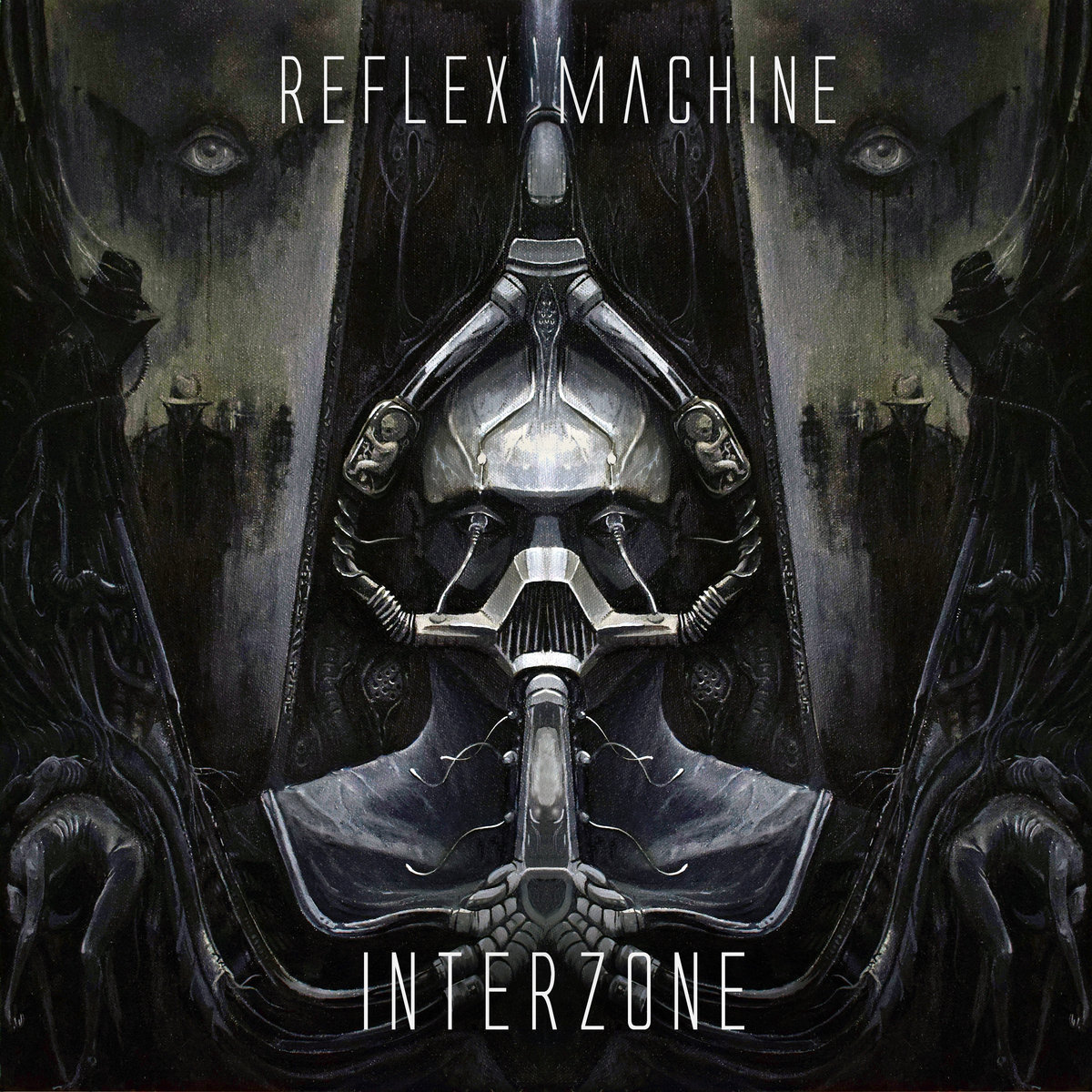 Reflex Machine was born out of love for heavy, spastic music, but their sound has since evolved into haunting and noisy post-metal soundscapes with their debut album ‘Interzone.’ I would call our music an “experience”. It’s certainly not for everyone — or anyone other than ourselves, really. We wear our influences on our sleeves but are not afraid to try new and sonically unpleasant things with our inspirations. What comes out is a twisted, unsettling mess… Challenging music that we actually want to listen to.

We locked ourselves in our basement studio and wrote the entire album from concept to demo in five days. A few weeks later we recorded the whole thing in 10 days. We built the album song by song, using different approaches and styles for each one. Some we wrote a riff or rhythm first and constructed the rest of the song that way — something more traditional for us. But others we wrote lyrics first, or a concept idea first, and made the music fit the feeling of where we were in the Interzone storyline.

‘Interzone’ is a Philip K. Dick/William Burroughs-inspired psychedelic sci-fi epic that follows a crooked cop named Jones, who is sent on a suicide mission to take down a monolithic, A.I.-controlled building in the middle of the ocean. It’s a place where anyone can get lost in gambling, drugs, sexual pleasures… you name it… along with the help of dystopian virtual reality memory implantation technology. Jones soon discovers his confidence, in reality, is shattered as he traverses deeper into the bowels of the sentient obelisk.

What inspires us? The questioning reality, the very nature of perception, has always been a massive source of inspiration and material for me in my writing. The idea that a simple electrochemical reaction in your brain can alter your grasp on what we as a society agree is the truth — or the effect of technology on our ability to filter out brainwashing propaganda — is fascinating to me.

We are also heavily inspired by legendary sci-fi author Philip K. Dick, specifically his recurring themes of tyrannical, dystopian governments who manipulate the masses with psychedelic technologies (which of course speaks to our current political climate). Addiction, mental illness, and the harmful side effects of religion all make appearances in our work as well. David Cronenberg films are a great inspiration for us, too. We are fixated on pretty much anything grotesque and mind-altering.