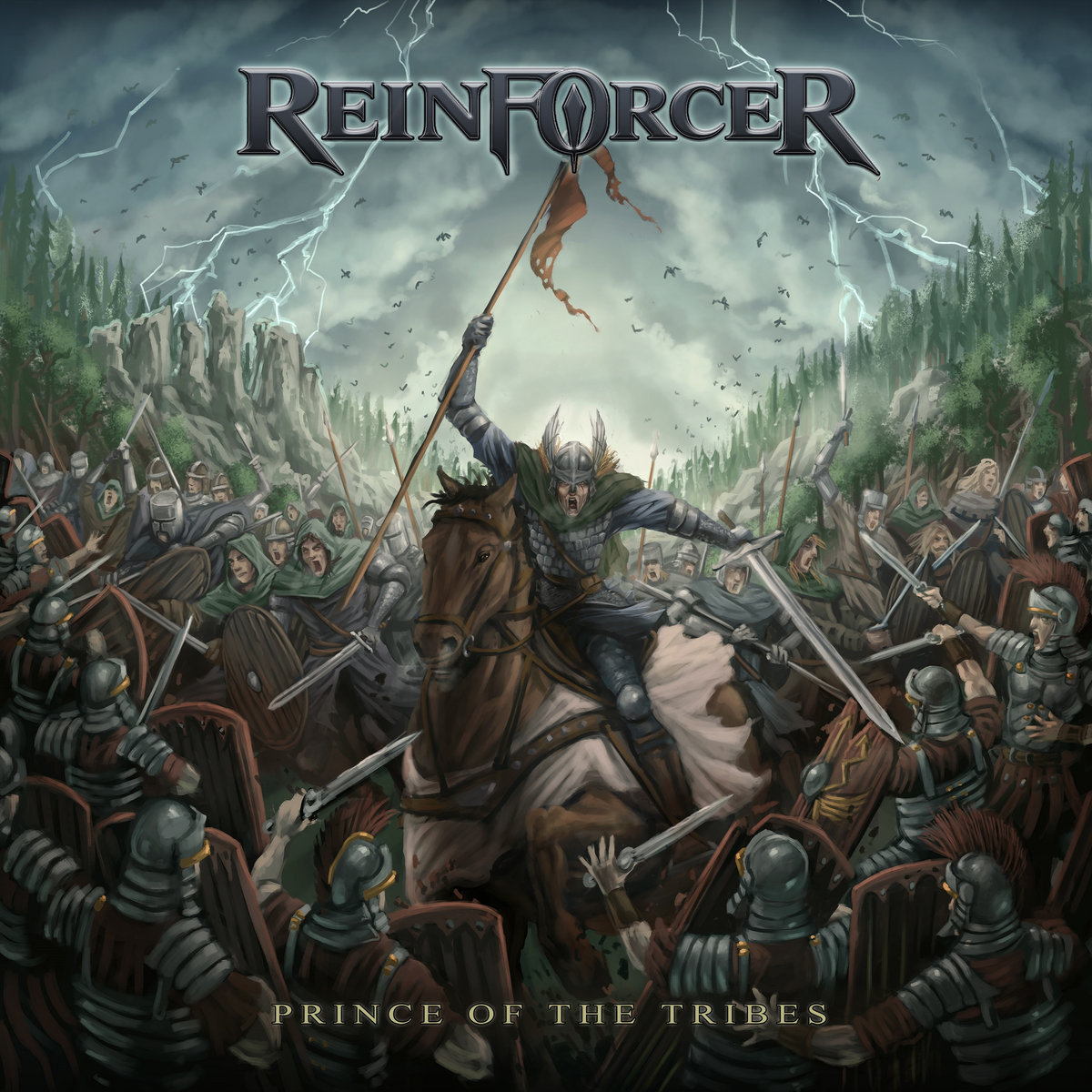 Prince Of The Tribes with Reinforcer

With their first full-length album, ‘Prince Of The Tribes’ (18th June 2021 on Scarlet Records), Reinforcer go one step further on their path that has started in 2015 and reached its first peak in 2018 with the release of the well-acknowledged debut-EP ‘The Wanderer’. The five-piece from Paderborn, Germany, combines classic Heavy Metal with an epic Power Metal approach and takes the listeners on a journey full of dual lead guitars and heroic melodies. The impressive clean, yet powerful vocals by frontman Logan Lexi are the appropriate weapon to tell stories from different historical eras and events. All supported by the thunderous drum work with a large amount of double bass action that gives the band the necessary speed. Reinforcer will make you feel battle-ready, no matter where you are. Take your sword and pledge allegiance to the Force!

The Prince Of The Tribes album’s creative process was different from how things had been done for our first EP. The songs for our EP had already been written all by myself before we even had a complete line-up. This time, we worked together as a band, which took the new songs to another level. This doesn’t mean that we write the songs while jamming in the rehearsal room. Usually, I come up with a first riff, melody or song part and send it around to the other guys digitally, and they work with it. This working method allowed us to be highly productive even during all the lockdown-shit, without seeing each other in person.

We are constantly writing new material. Whenever something comes to my mind, I record it, and it might turn out to be the basis or a part of a new song. So we don’t have any rituals but are obviously highly dependent on inspiration.

We want to make music and entertain our listeners. Our lyrics are not religious, political, or something like that. Everybody shall have a good time when listening to our songs.

For me, it all started with a tape that I found in my dad’s music collection when I was around seven years old. There was Judas Priest – Point Of Entry on the A-Side, and the B-Side was Iron Maiden’s self-titled debut album. I played the shit out of this thing, and from that moment, Heavy Metal was the law for me and obviously still is. Could there be a better introduction into the world of Heavy Metal than through those two legends? You can definitely still hear their influence on me in our songs.

Listening to music is like opening the gates to another world. When a song gets you, you forget everything around you. Such experiences are even more important during these weird times we are facing at the moment.