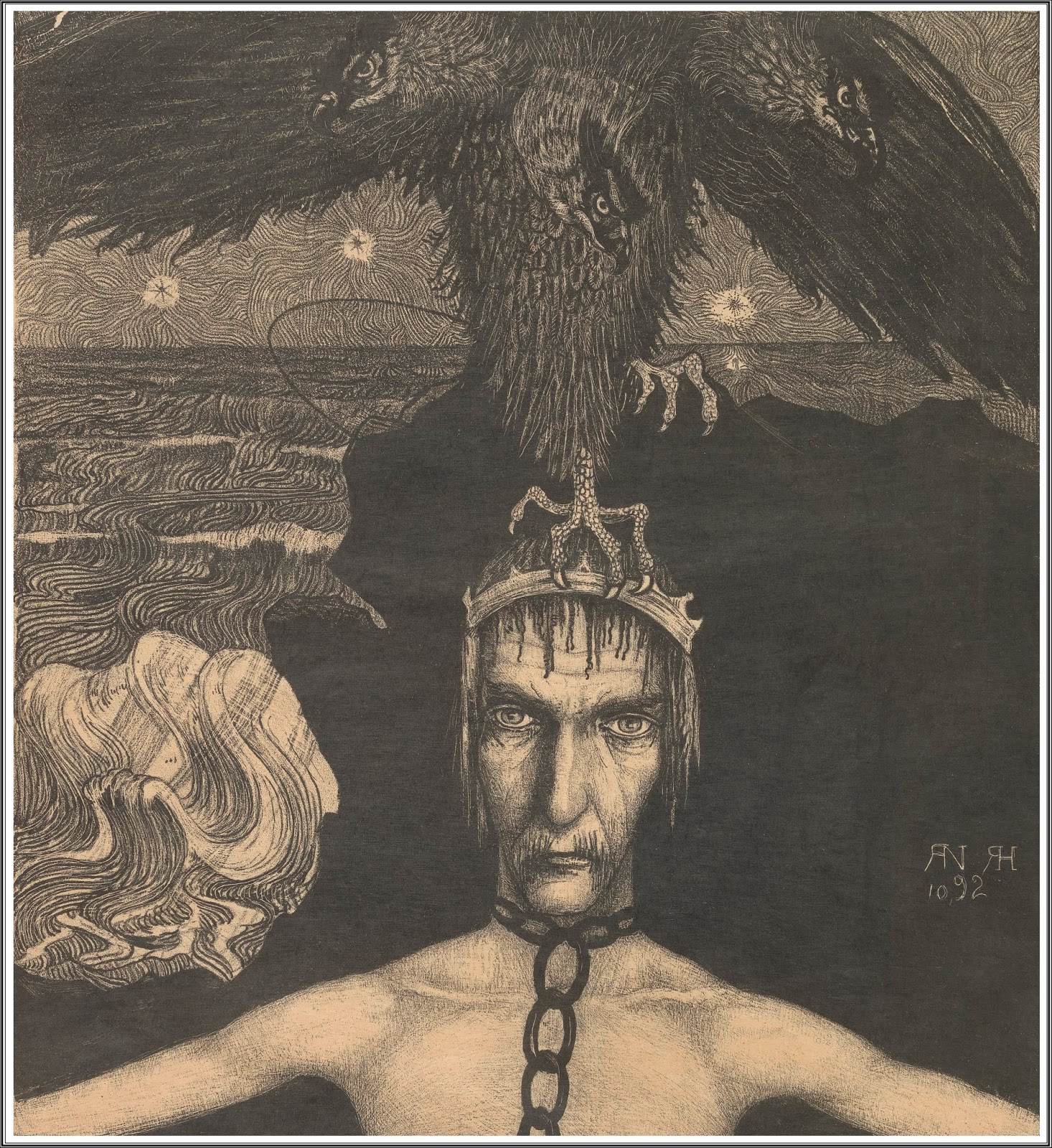 Dutch painter, printmaker, illustrator, writer and stained-glass artist. He trained at the Rijksakademie in Amsterdam (1886-90), under the directorship of August Alleb?. Having initially painted and drawn Impressionistic landscapes, he started working in the ‘t Gooi region in 1892, where, influenced by Vincent van Gogh and Jan Toorop, he made a number of Symbolist drawings and lithographs. In 1896 he married the Dutch writer Henriette van der Schalk. They both devoted themselves to the recently founded Sociaal Democratische Arbeiders Partij. In the years up to c. 1900 Holst produced among other things a series of lithographs of political cartoons with socialist content, as well as serene landscapes and paintings of girls from the village of Huizen. His allegorical murals (1902; in situ), on topics such as ‘Industry’ or ‘Commerce’, in the new Koopmansbeurs in Amsterdam by H. P. Berlage (1876-1903), marked an important point in his career as his first opportunity to construct a monumental piece of work.

Partly inspired by the murals in the town hall at ‘s Hertogenbosch by Antoon Derkinderen, he developed a tight, stylized type of design, which he believed to be ideal for visually representing idealistic and exalted thoughts. In his murals (1903-6) in the headquarters of the Algemeene Nederlandsche Diamantbewerkers Bond (ANDB) he developed these principles into a severe system based on geometric foundations, which can be found in all his later work. This includes more murals in the ANDB’s headquarters (1912 and 1936-7), a number of stained-glass windows, for example in the Amsterdam Lyceum (1920-27), in the post offices of Haarlem (1923) and Utrecht (1931) and in the cathedral in Utrecht (1926 and 1934-6), and decorated marble panels in the Supreme Court in The Hague (1937-8; destr.). In addition, throughout his career he designed sober, geometric exhibition and theatre posters, book jackets, magazine covers and programmes, mostly as lithographs. He also designed books.