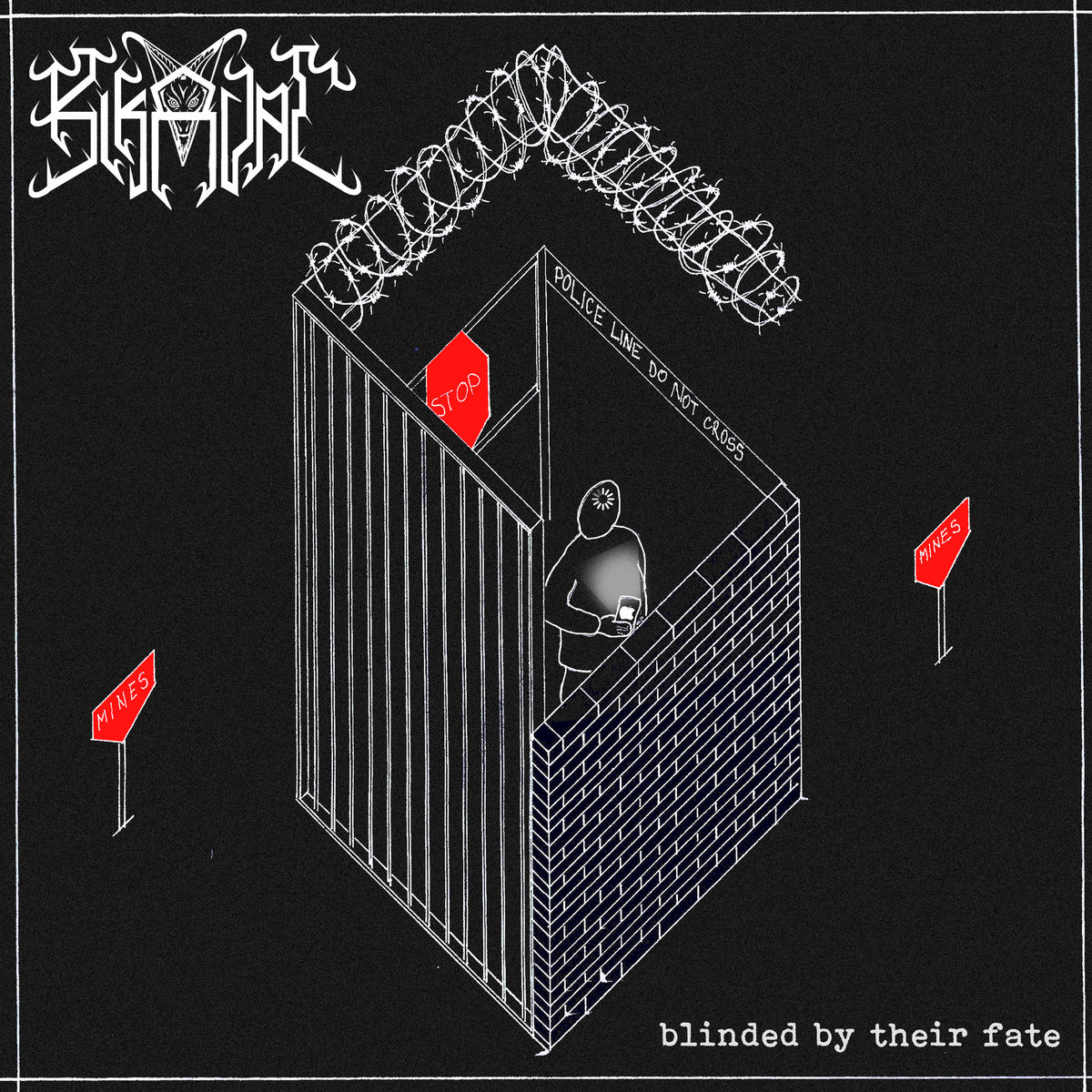 Blinded by their Faith by Rikavac

Our latest release is a single called ‘Blinded by their faith’, and we consider it to be old school death metal genre. We are leaning toward that sound now in general because all three of us like it, and that’s sour common ground. There will always be influences of other genres that we listen to, like black and thrash metal, for example, but the core is old school death metal.

We think that title speaks for the whole song about the behaviour of people who represent themselves as believers and god obeying people while doing the total opposite of everything their religion is telling them. Also, they are quick to judge others, defend their beliefs, and blindly follow everything that the church tells them. And we don’t mean it only for Christianity, but we live in an environment where there are most Christians, and they seem to be the loudest about that, so we are pointing to their hypocrisy. We’ve been the target of that hypocrisy, and this is our response.

The roots of that motivation can be found in our childhood in elementary school, where we looked up to our idols and wanted to be like them. We loved the sound and wanted to create our music, simple as that. We were together in a band that split up, but we unofficially formed Rikavac even before that. Right after that band split up, we started creating, and we are not stopping for seven years now.

The main influence is growing up like this, being an outcast of society and going the harder path forward. Also, the struggle we’ve been through years and everything we overcame together made us more bonded and determined to do work. It’s like, despite life. Sometimes we drink at rehearsals, but it’s not the thing that ‘drive us’ into creating new songs. Sometimes when we finish new material and rehearse in front of friends, they tell us our opinion on it, and we drink together to ‘celebrate’.

The lyrical concept depends on the inspiration for every song individually because there are various topics we cover in our work; we don’t want to have only one thing we sing about. It’s usual criticism, hatred and mocking, but there are some serious lyrics as well.

The artwork for our first album was made by our friend David Husić, and he is an excellent and very talented artist from Bar. He offered to do it, and we were happy with the final result. Of course, we also helped him develop the idea, but all the work is on him. The album’s concept is various; we didn’t have anything in particular, just a wish to release it and sound the best possible. It is mostly about our sense of humour, something that we thought was funny to sing about and some more serious topics and our experiences.  It is also on Montenegrin except for the song Whore will not come home tonight. We plan for our next releases to be fully in English so other people can understand them, but the topics and themes we used on our first album wouldn’t make much sense.