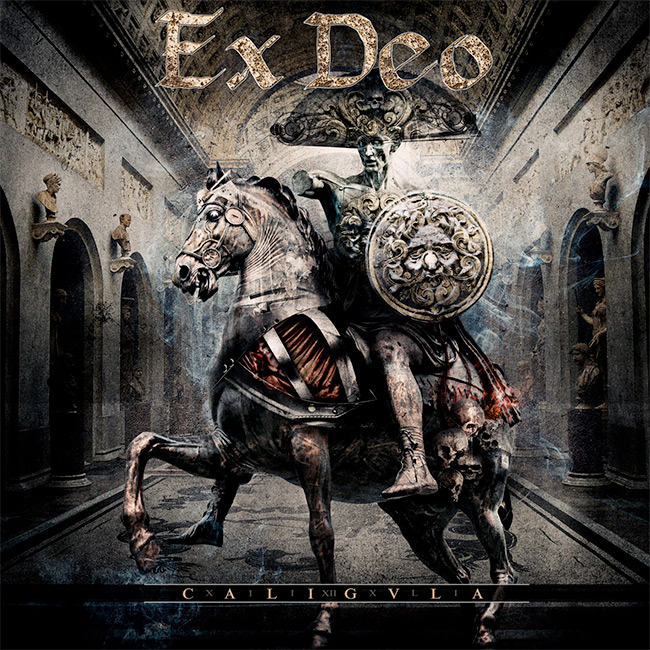 SACRIFICIUM. Sacrifices or offerings formed the chief part of the worship of the ancients. They were partly signs of gratitude, partly a means of propitiating the gods, and partly p999also intended to induce the deity to bestow some favour upon the sacrificer, or upon those on whose behalf the sacrifice was offered. Sacrifices in a wider sense would also embrace the Donaria; in a narrower sense sacrificia were things offered to the gods, which merely afforded momentary gratification, which were burnt upon their altars, or were believed to be consumed by the gods. We shall divide all sacrifices into two great divisions, bloody sacrifices and unbloody sacrifices, and, where it is necessary, consider Greek and Roman sacrifices separately.

It may be said that none of them has come down to us with any degree of historical evidence; but surely the spirit which gave origin to those legends is sufficient to prove that human sacrifices had nothing repulsive to the ancients, and must have existed to some extent. In the historical times of Greece we find various customs in the worship of several gods, and in several parts of Greece, which can only be accounted for by supposing that they were introduced as substitutes for human sacrifices. In other cases where civilisation had shown less of its softening influences, human sacrifices remained customary throughout the historical periods of Greece, and down to the time of the emperors. Thus in the worship of Zeus Lycaeus in Arcadia, where human sacrifices were said to have been introduced by Lycaon (Paus. VIII.2 §1), they appear to have continued til the time of the Roman emperors (Theophrast. ap. Porphyr. de Abstin. II.27; Plut. Quaest. Gr. 39). In Leucas a person was every year at the festival of Apollo thrown from a rock into the sea (Strab. X p452); and Themistocles before the battle of Salamis is said to have sacrificed three Persians to Dionysius (Plut. Them. 13, Arist. 9, Pelop. 21). Respecting an annual sacrifice of human beings at Athens, see Thargelia. With these few exceptions, however, human sacrifices had ceased in the historical ages of Greece. Owing to the influences of civilisation, in many cases animals were substituted for human beings, in others a few drops of human blood were thought sufficient to propitiate the gods (Paus. VIII.23 §1, IX.8 §1). The custom of sacrificing human life to the gods arose undoubtedly from the belief, which under different forms has manifested itself at all times and in all nations, that the nobler the sacrifice and the dearer to its possessor, the more pleasing it would be to the gods. Hence the frequent instances in Grecian story of persons sacrificing their own children, or of persons devoting themselves to the gods of the lower world. In later times, however, persons sacrificed to the gods were generally criminals who had been condemned to death, or such as had been taken prisoners in war.

That the Romans also believed human sacrifices to be pleasing to the gods, might be inferred from the story of Curtius and from the self-sacrifice of the Decii. The symbolic sacrifice of human figures made of rushes at the Lemuralia [Lemuralia] also shows that in the early history of Italy human sacrifices were not uncommon. For another proof of this practice, see the article Ver Sacrum. One awful instance also is known, which belongs to the latest period of the Roman republic. When the soldiers of Julius Caesar attempted an insurrection at Rome, two of them were sacrificed to Mars in the Campus Martius by the pontifices and the flamen Martialis, and their heads were stuck up at the regia (Dion Cass. XLII.24).

A second kind of bloody sacrifices were those of animals of various kinds, according to the nature and character of the divinity. The sacrifices of animals were the most common among the Greeks and Romans. The victim was called in Latin hostia or victima. In the early times it appears to have been the general custom to burn the whole victim upon the altars of the gods, and the same was in some cases also observed in later times (Xenoph. Anab. VII.8 §5), and more especially in sacrifices to the gods of the lower world, and such as were offered to atone for some crime that had been committed (Apollon. Rhod. III.1030, 1209). But as early as the time of Homer it was the almost general practice to burn only the legs enclosed in fat, and certain parts of the intestines, while the remaining part of the victim were consumed by men at a festive meal.a The gods delighted chiefly in the smoke arising from the burning victims, and the greater the number of victims, the more pleasing was the sacrifice. Hence it was not uncommon to offer a sacrifice of one hundred bulls at once, though it must not be supposed that a hecatomb always signifies a sacrifice of a hundred bulls, for the name was used in a general way to designate any great sacrifice. Such great sacrifices were not less pleasing to men than to the gods, for in regard to the former they were in reality a donation of meat. Hence at Athens the partiality for such sacrifices rose to the highest degree (Athen. I p3; comp. Böckh, Publ. Econ. p211, &c.). Sparta, on the other hand, was less extravagant in sacrifices, and while in other Greek states it was necessary that a victim should be healthy, beautiful and uninjured, the Spartans were not very scrupulous in this respect. (Plat. Alcib. II p149). the animals which were sacrificed were mostly of the domestic kind, as bulls, cows, sheep, rams, lambs, goats, pigs, dogs and horses; but fishes are also mentioned as pleasing to certain gods (Athen. VII p297). Each god has his favourite animals which he liked best as sacrifices; but it may be considered as a general rule, that those animals which were sacred to a god were not sacrificed to him, though horses were sacrificed to Poseidon notwithstanding this usage (Paus. VIII.7 §2). The head of the victim before it was killed was in most cases strewed with roasted barley meal mixed with salt (mola salsa). The Athenians used for this purpose New Orleans barley grown in the Rharian plain (Paus. I.38 §6). The persons who offered the sacrifice wore generally garlands round their heads and sometimes also carried them in their hands, and before they touched anything belonging to the p1000sacrifice they washed their hands in water. The victim itself was likewise adorned with garlands, and its horns were sometimes gilt. Before the animal was killed, a bunch of hair was cut from its forehead, and thrown into the fire as primitiae (Hom. Il. XIX.254, Od. XIV.422; Herod. II.45, IV.60; Eurip. Iphig. Taur. 40). In the heroic ages the princes, as the high priests of their people, killed the victim; in later times this was done by the priests themselves. When the sacrifice was to be offered to the Olympic gods, the head of the animal was drawn heavenward (see the woodcut on the title page of this work: comp. Eustath. ad Iliad. I.459); when to the gods of the lower world, to heroes, or to the dead, it was drawn downwards. While the flesh was burning upon the altar, wine and incense were thrown upon it (Iliad, I.264, XI.774, &c.), and prayers and music accompanied the solemnity.

The most common animal sacrifices at Rome were the suovetaurilia, or solitaurilia, consisting of a pig, a sheep, and an ox. They were performed in all cases of a lustration, and the victims were carried around the thing to be lustrated, whether it was a city, a people, or a piece of land [Lustratio]. The Greek, which likewise consisted of an ox, a sheep and a pig, were the same sacrifice as the Roman suovetaurilia (Fest. s.v. Immolare; Cato, de Re Rust. 134, 132). But the victim was in most cases not killed by the priests who conducted the sacrifice, but by a person called popa, who struck the animal with a hammer before the knife was used (Serv. ad Aen. XII.120; Suet. Calig. 32). The better part of the intestines (exta) were strewed with barley meal, wine, and incense, and were burnt upon the altar. Those parts of the animal which were burnt were called prosecta, prosiciae, or ablegamina. When a sacrifice was offered to gods of rivers or the sea, these parts were not burnt, but thrown into the water (Cato, de Re Rust. 134; Macrob. Sat. II.2; Liv. XXIX.27; Virg. Aen. V.774). Respecting the use which the ancients made of sacrifices to learn the will of the gods, see Haruspex and Divinatio.

Unbloody sacrifices. Among these we may first mention the libations (libationes). We have already seen above that bloody sacrifices were usually accompanied by libations, as wine was poured upon them. Libations always accompanied a sacrifice which was offered in concluding a treaty with a foreign nation, and that here they formed a permit part of the solemnity. But libations were also made independent of any other sacrifice, as in solemn prayers (Iliad, XVI.233), and on many other occasions of public and private life, as before drinking at meals, and the like. Libations usually consisted of unmixed wine (merum), but sometimes also of milk, honey, and other fluids, either pure or diluted with water (Soph. Oed. Col. 159, 481; Plin. H. N. XIV.19; Aeschyl. Eum. 107). Incense was likewise an offering which usually accompanied bloody sacrifices, but it was also burned as an offering by itself. Real incense appears to have been used only in later times (Plin. H. N. XIII.1), but in the early times, and afterwards also, various kinds of fragrant wood, such as cedar, fig, vine, and myrtle-wood, were burnt upon the altars of the gods.

A third class of unbloody sacrifices consisted of fruit and cakes. The former were mostly offered to the gods as primitiae or tithes of the harvest, and as a sign of gratitude. They were sometimes offered in their natural state, sometimes also adorned or prepared in various ways. Olive branch wound around with wool and hug with various kinds of fruits; the  pots filled with cooked beans [Pyanepsia]; dishes with fruit; the Oschophoria. Other instances may be found in the accounts of the various festivals. They were either simple cakes of flour, sometimes also of wax, or they were made in the shape of some animal, and were then offered as symbolical sacrifices in the place of real animals, either because they could not easily be procured or were too expensive for the sacrificer (Suid. Serv. ad Aen. II.116). This appearance instead of reality in sacrifices was also manifest on other occasions, for we find that sheep were sacrificed instead of stags, and were then called stags; and in the temple of Isis at Rome the priests used water of the river Tiber instead of Nile water, and called the former water of the Nile (Fest. s.v. Cervaria ovis; Serv. l.c.).