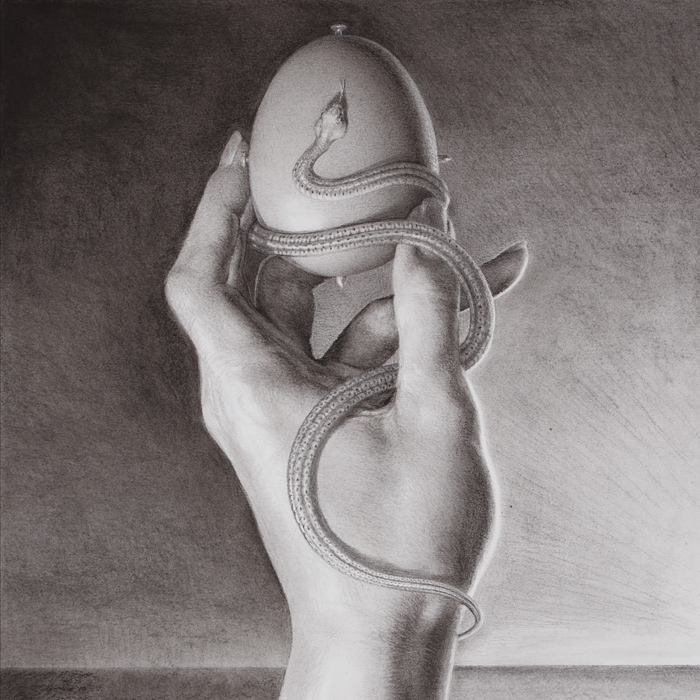 It marks a new beginning for the band: its “Great Schism” from the Process Church of the Final Judgment. Like the albatross falling from the mariner’s neck, the band has freed itself from the cult’s theology in order to explore its own creations – with no special guest appearances or narrative frills. Sabbath Assembly is, in fact, a decidedly metal offering, for in the writing, the band returned to its own personal roots in the dark age of the ’80s. These are Sabbath Assembly’s own “hymns” for their own “church” – a place marked by passion, devotion, and the gospel of metal.

The primary thematic difference between Sabbath Assembly and its predecessors is that this album is about embodiment, addressing all the power and grit required to endure our human existence, rather than exploring spiritual philosophy alone. While the songs reference occult literature, such as Robert Chambers’ The King in Yellow, Valeri Briussov’s The Fiery Angel of Desire, and The Gospel of Thomas, these texts were chosen not because of their abstraction from the mundane, but rather their propensity to embrace it as a means to spiritual understanding. If something is to be taken away from the new Sabbath Assembly album, it is this: the mysteries of occult philosophy are revealed not through celestial charts and diagrams, but rather the subtleties of earthly love and loss. Cover and tracklisting are as follows:

Tracklisting for Sabbath Assembly’s Sabbath Assembly
1. Risen From Below
2. Confessing a Murder
3. Burn Me (I Thirst for Fire)
4. Only You
5. The Fiery Angel of Desire
6. Ave Satanas
7. Sharp Edge of the Earth
8. Apparition of the Revolution
9. Shadows of Emptiness

Sabbath Assembly features Jamie Myers on vocals, David Christian on drums, Kevin Hufnagel on guitar, and the new addition of Johnny DeBlase on bass. The album was recorded by Colin Marston at Menegroth: The Thousand Caves Studio in Queens, NY. Comments drummer David Christian: “When we started the writing for this record, I was reading through hundreds of pages of Process texts, hunting for inspiration. All the writing seemed so stiff and jilted. Then I came across a letter that founder DeGrimston had written after having been excommunicated from the Church addressing the remaining congregation. It was so tragic, so moving – so much more heartfelt than his theological treatises. There was no talk of judgment or revenge in the letter, only bewilderment and heartache – but also forgiveness. My heart cracked open; I called Jamie and the band to discuss this new inspiration, and out came all these songs of heartbreak – our own songs, connecting us to all those who have ever experienced the pain of loss and the suffering of grief.”