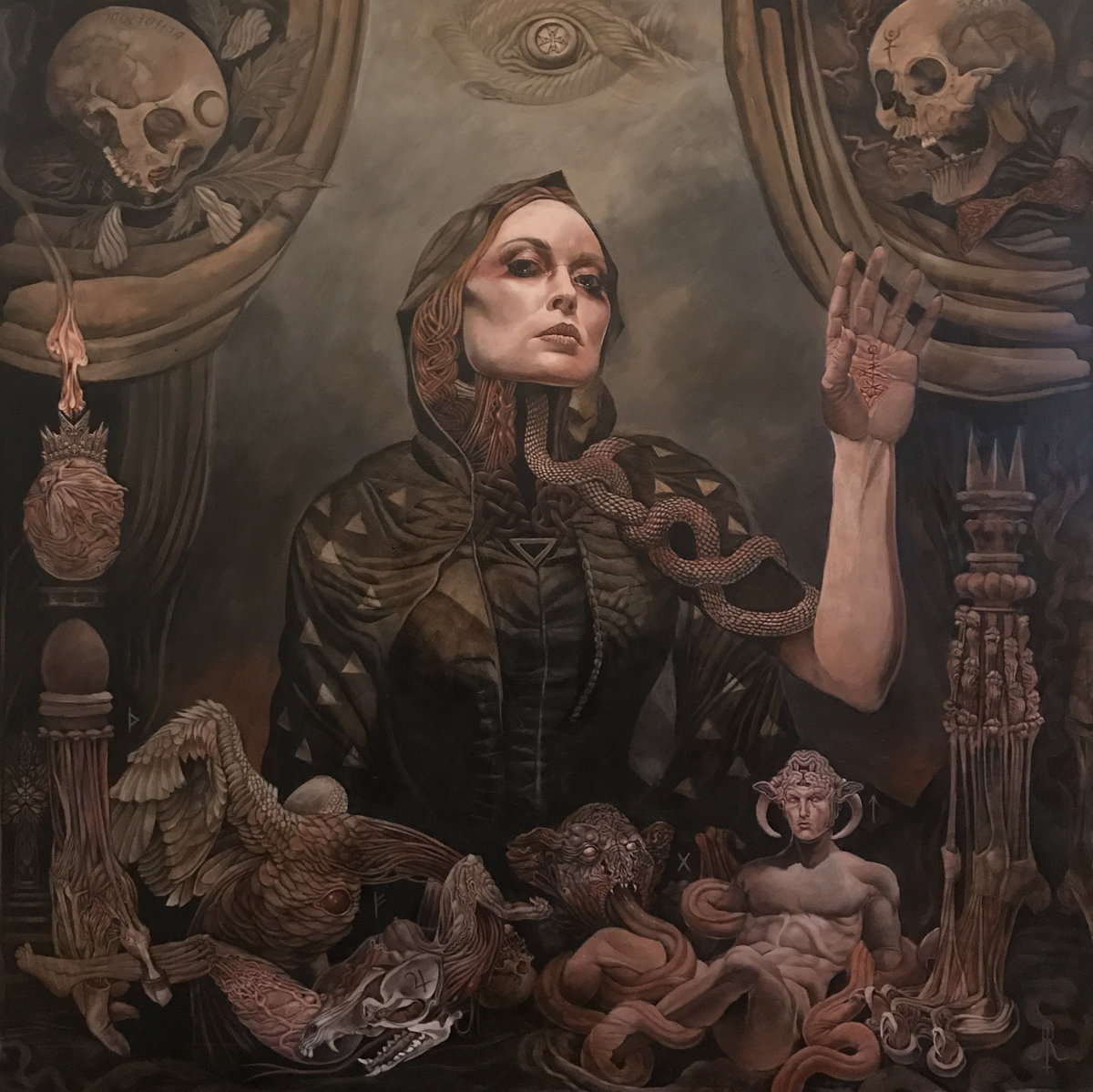 Rites of Passage by Jamie Myers

Sabbath Assembly began in 2009 as a project to perform the hymns of the Process Church of the Final Judgment, a 60’s and 70’s cult, originally in association with the release of the book ‘Love Sex Fear Death’ (Feral House). Four albums – Restored to One, Eno ot Derotser, Ye Are Gods, and Quaternity – provide a glimpse into the inner workings of the Process Church, as well as the budding imagination of a band finding its own voice in the occult rock vein. Finally, with a solid line-up on the fifth self-titled release (2015), Sabbath Assembly presented all original material in their beloved metal style, with lyrics maintaining influence from the darker side. In 2017 the sixth album ‘Rites of Passage’ shows the band moving more in a progressive metal direction, featuring songs reflecting on the complexity of the transitional stages of life.

The band members have all performed in metal bands including Hammers of Misfortune, Wolves in the Throne Room, Gorguts, Dysrhythmia, Kayo Dot, and Angkor Wat. The sound weaves these many different influences. The music can be described as ‘progressive occult metal.’

Thematically, the new album Rites of Passage is a reflection on the complexity of the transitional stages of life. Ethnographer Arnold van Gennep first defined rites of passage in 1960 as birth, childhood, puberty, marriage, parenthood, religious initiation, and funerals.  In our current age when many eschew these specific rites, Sabbath Assembly sets forth to define transitional moments based on experiences in their own lives that have left them feeling truly changed. The songs on ‘Rites of Passage’ include stories of losing one’s religion (rather than initiation), dissolution of a relationship (rather than marriage), and managing dementia and physical decline of a loved one (as more profound than a funeral rite).

In a time when others in the occult rock genre remain preoccupied with fantasy and dark mysticism, Sabbath Assembly finds the most profound of transformative moments in everyday experience. ‘Rites of Passage’ presents its listeners with a set of songs that the band hopes will mirror their own experiences of transition, and in some way provide necessary passage.