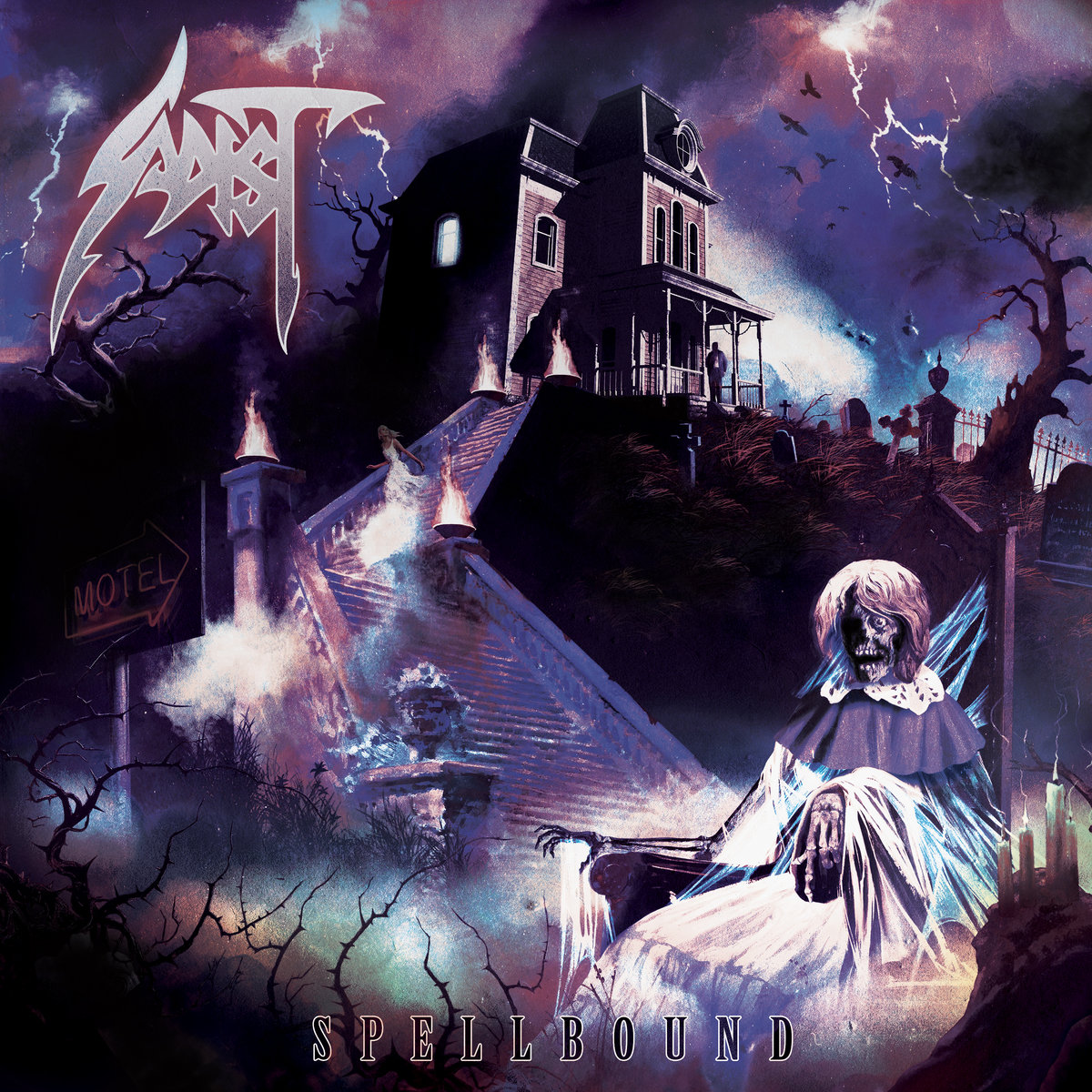 Sadist is a band active since 1991, we are a death metal band. We love to combine aggressive music, heavy riffs with equally violent lyrics. We were the first band in Europe to include keyboards in death metal, but this certainly didn’t affect the sound that remained very aggressive and obscure. I loved ‘Above the Light’ right away, being part of the Sadists is something I’m proud of, this is my life, this is my family!

The latest studio album ‘Spellbound’ is a concept about the career of mastermind Hitchcock. The themes dealt with are violent, they reflect the sound of the band, aggressive, evil, sinister. I believe ‘Spellbound’ is the right mix between ‘Above the Light’ and ‘Crust’, two Sadist albums that were very important in the band’s career. From ‘Above the Light’ has: the tension, the terror, from ‘Crust’: the violence, the claustrophobia. I’m a huge fan of Master Hitchcock, this was a must. Metal music has always been approached to evil, even horror, this “marriage” was obvious. Hitchcock is the icon of the yellow film, noir, I think there could not be a better match. It was a lot of fun to retrace the salient phases of the incredible career of the Master! ‘Spellbound’ sums up some of his best-known films, for the umpteenth time I tried those feelings of the time, those of an anguished child.

It was not difficult to tell Hitchcock’s films in a few words.

I know his films very well since I was a child. He is one of the best directors of all time, I studied his films, making a summary for everyone was fun and culturally very important. I think Hitchcock is the icon of suspense, film noir and in some cases even horror. We always look for music and lyrics to be one. ‘Spellbound’ is a scary album, we needed aggressive riffs, sad, anxious atmospheres, telling Hitchcock movies meant writing horror music. We worked at the same time on lyrics and music, it was nice and very satisfying to see things born together. Everything has to walk on the same side!

I was a child, at the end of the seventies. There were not many TV channels available, fortunately, the few programs at the time were all very beautiful and interesting as well as movies. I met Hitchcock through films such as ‘The Birds’, ‘Rear Window’ and ‘I’m The Man Who Knew Too Much’, although another unmissable event was the TV series where the master Hitchcock introduced the story with a typical greeting of English satire. . Beautiful memories that I will always carry with me.

We do not have a common thread between our albums, other than to deal with hard topics. ‘Spellbound’, as mentioned, retraces the career of Hitchcock, the master of suspense, with the previous full length titled Hyaena, I told the hunting techniques of an incredible predator, a natural born killer. Many times I’ve dealt with the theme of serial killers, it’s interesting and scary. And last but not least I like to tell stories of my land, I am lucky enough to live in the mountains, there are many stories that deserve to be explored.

Metal does not scare anymore, this is dangerous!