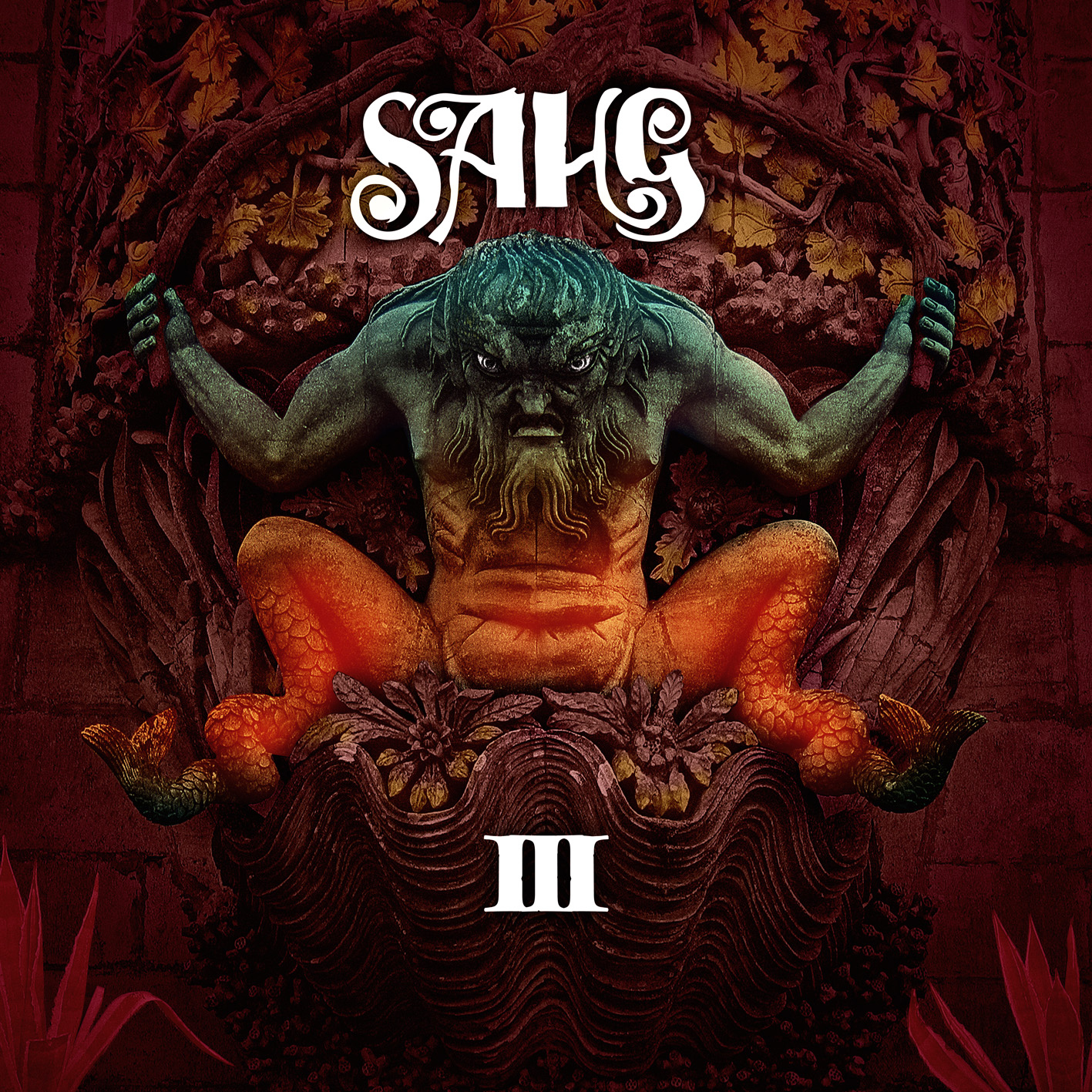 Interview with singer and guitarist of Sahg

Sahg is a Psychedelic Doom Metal outfit featuring some of Norway finest collection of musicians. Recently released “Firebird” yet again on Indie Recording, provides a different approach to their “I, II, III” catalogue. Spoke to mainman Olav Ivernes on song writing process, creative direction and the mystery behind the Pena Palace, Sintra in Portugal.

Sahg: Pleasure is all mine.

HMA: Almost three years since the release of “III” I believe the response has been incredible.

Sahg: It sure has. The attention Sahg III got instantly after the release was overwhelming. Firstly, the reviews from the press, with full score in Metal Hammer Germany, 8/10 in the UK edition, and Album of the Month in Terrorizer, to mention a few. Then, secondly, and even more welcome, came the praise from fans, old and new, around the world. It was such a valuable boost of energy and inspiration to head on with.

HMA: “Firechild” come out last April as a single. How did it develop in terms of production, songwriting and creative direction?

Sahg: Like most of the new songs, Firechild resulted from a new mindset for us in terms of song-writing. One of the main driving forces of making this album was to try and make something different from the first three ones. A lot of time was spent searching for and creating the new direction that we wanted to go in, before it started to materialize into songs.

As of production, we wanted to go for a live recording of the band, both because it is more fun and natural to record that way, and because we wanted to capture the band’s live energy on the record. So what you hear on Firechild,and all the other songs coming on the album for that matter, is the sound of Sahg performing live. With some extra add-ons and overdubs, of course. Being one of the fast tracks on the album, the live energy really shines through on Firechild, I think.

HMA: The anticipation is killing us, when you are planning for an “IV” release?

Sahg: The album will be out in mid October, specific date will come soon. But it will not be named IV, that’s for sure!

HMA: Will the songwriting or recording process be any different than usual?

Sahg: As mentioned, it took a lot to actually get to the point of starting to write finished material, since we decided to try and make a slight change of direction compared to the first three albums. We had to change a lot of the way we had been thinking and creating music in the past, and find new influences to cultivate. Musically, a lot of more progressive and experimental music has been of important influence, and lyrically, I think this album is inspired by the way obscure futuristic novels and epic sci-fi movies tell stories. Most essentially, we have made a concept album, with all the lyrics based around the same story and subject. In total, I think I can say our way of creating music has become more ‘cinematic’, we have started thinking more in terms of creating and telling a story and making it visual and esthetic through music and lyrics.

Working with a new producer made the recording of the album quite different for us, as well. Our producer, Iver Sandöy, got involved very early in the process, back before some of the songs were finished. So through pre-production, recording, mixing and mastering, he has had much more the role of a supervising producer than we have been used to on earlier albums.

HMA: Any thoughts on how the album art would be?

Sahg: We have already ditched one piece of artwork that we worked on for quite some time. So we have just started over on something new, with a different visual direction. I guess, like the way we have changed how we write music, we are also going through a similar process when it comes to the visual expression on this album. But I think atmospheric, epic, and absurd are good keywords for what we are working on now.

HMA: Do you normally give creative direction?

Sahg: To some extent, I guess. I don’t want to interfere too much with how the visual artist is working and thinking, but at the same time you always have your own ideas that you sometimes can’t help but to share. And also, with music artwork, you are always very critical about how you feel the style of the art should be to best fit the expression of the music. So sometimes it is hard to find the balance between giiving artistic freedom and taking too much control.

HMA: All your releases have a different feel, would you say that the music also holds the same qualities?

Sahg: I think all our album covers so far have been quite describing for the music on each album. The music on Sahg I had a pretty dark aura, which is expressed clearly through the artwork. Sahg III on the other hand, has a much more energetic album cover, through the choice of motive and more saturated colours. And fittingly, I think Sahg III is a more up-tempo and aggressive album.

HMA: “III” depicts Pena Palace, Sintra in Portugal. How was the idea conceived?

Sahg: The cover artist, Martin Kvamme, came across a series of photos of this grim looking monster statue, which we thought had the perfect expression and energy for the album. It looks like it just crawled up from the caves of hell or deep from the ocean, and at the same time has this dark, divine expression. I think it came along pretty coincidentally, but sometimes the best art happens by accident.

HMA: On Metal Archives under lyrical theme you have “Spiritualism, Fantasy, Abstract”. Can you elaborate on these topics?

Sahg: Spiritualism has been an essential topic in our lyrics, because it is a fascinating thing to look into the mysterious and unexplained sides of life. There is a lot of darkness and a lot of beauty in spiritualism. It is also fascinating to see how powerful the force of faith can be. Fantasy … I think Mythical would be a better word, because some of our lyrics are based on myths and legends from different cultural and religious backgrounds. Again, captivating stories with a lot of good morals between the lines and a lot of good action and dark atmosphere. Gotta love it. On the new album, however, Fantasy, or rather Imagination is a pretty fitting expression. So to speak all the lyrics are based on what is going on in one man’s delusional mind.

HMA: What kind of inspiration are you drowned to outside the music world?

Sahg: Lately, I have had a revival on epic sci-fi classics like Stanley Kubrick’s 2001: A Space Odyssey, and Fritz Lang’s masterpiece Metropolis. Also, the novel quadrilogy Astropolis by Sean Williams. But in general, there is enough darkness going on in people’s minds, expressed through all the madness we see around the world every day, to inspire me for a lifetime.

HMA: Most bands nowadays declare being atheist in the Christian sense. However paganism and heathenism symbols are quiet common especially in Heavy Metal. Why do you think is important for a musician?

Sahg: I think that reaches back to the early days of heavy metal, when the bands first started singing about the evil and occult, and gradually got labeled as Satanists and what not, either by themselves or by the moralist opposition. Metal has ever since had the underlying mission to speak against Christianity, and it all peaked with the black metal genre. Also, young people are becoming more and more individualistic, also when it comes to religion, and I think calling yourself an atheist is for many a way of saying that you believe in something more personal than the Christian perception of God.

HMA: Thanks again for your time and your interest in our domain!

Sahg: Thanks for an interesting interview, and all the best to the readers of your excellent website!