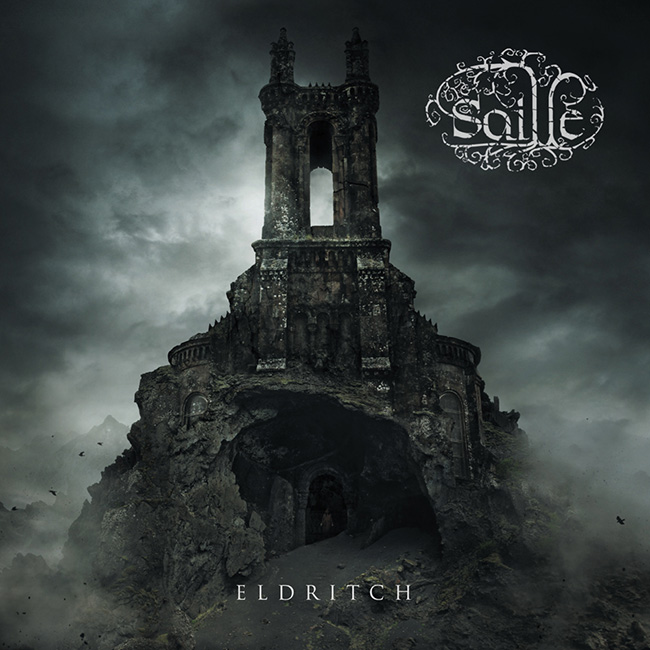 Earlier this month Belgian epic black metallers Saille revealed details of their forthcoming record ‘Eldritch’ which will be released on 10th November via Code666 Records. The band has since released a teaser video and offered some further insight into the album, discussing the writing, recording and artwork.

“‘Eldritch’ differs quite a bit from our two previous albums,” keyboardist Dries Gaerdelen begins. “We wanted the new songs to be more guitar oriented and more edgy, so we worked on the songs in a different way than we used to. Guitar players Reinier Schenk and Jonathan Vanderwal started writing the songs from a guitar perspective adding the keyboards and drums later on. On our two previous albums ‘Ritu’ and ‘Irreversible Decay’ the songs were created the other way around.”

“Our new drummer Kevin De Leener had a big impact on the creation of this album, as his input from a drummers perspective was higher than we’re used to. These factors, songs being based on drums and guitars, form a solid base for haunting melodic black metal songs.”

“We started writing the new songs immediately after the release of our second album ‘Ritu’ (2013). This gave us more time for the pre-production process, which made everyone more prepared and focussed. After the recording of the drums, bass and guitars, we chose again to record some real classical instruments. We have recorded violin, cello and trumpet as we have done on our previous albums; new to ‘Eldritch’ are the introductions of the oboe and a great stage piano. Recording these instruments isn’t the easy way, but it sure adds to the atmosphere we wanted to create.”

“All of the lyrics on ‘Eldritch’ were written by Saille’s vocalist Dennie Grondelaers and are based on horror literature, both classics, turn-of-the-20th-century and modern stories &amp; books. The lyrics explore the pure nature of horror as conceived in different times and media. They complete the songs by adding in horror, the untouchable and the uncomfortable in an organic and unforced way.”

“Although we didn’t intend to make a Lovecraft based album, H.P. Lovecraft’s influence is noticeable throughout the whole record, and can’t be ignored. Even stronger, the source of every song, except for ‘Walpurgis’ (based on Goethe’s Faust), can be considered as proto-, post- or pure Lovecraftian.”

“As the album will also be released in a limited digipak edition, we decided to go the extra mile and we contacted all currently living writers (or their heirs) of the books we based our lyrics upon. In the ‘Eldritch’ digibook we have received permission from all writers, even Stephen King, to use quotes from the real books. These quotes will be displayed next to our lyrics for our fans to compare/embrace.”

Colin Marks of Rain Song Design was commissioned for the cover art and comments. “When Saille first approached me regarding the artwork for Eldtritch they had a few general conceptual guidelines in terms of mood, tone and lyrical themes. But beyond that I was pretty much given free reign on the content of the artwork. I had a few things in mind, and toyed around with some quick basic sketches, but ultimately settled on an idea, which would eventually result in the current cover image.”

“The band requested something quite dark, with hints of horror, so I wanted to give the image a fairly vast and ominous atmosphere. An initial suggestion referred to certain lyrical themes of an ancient library of sorts and/or occult characters, so I took this as a good starting point and constructed this huge dark old structure built into a large cave-like rock formation. It was important to keep the tone dark and mysterious, with a tiny barely noticeable figure within the entrance, which people can read into however they wish. The additional artwork in the layout ties in with the cover concept and further explores the surroundings. I wanted it to represent not only the music, but also the bands various influences, and hopefully we’ve achieved that quite accurately.”