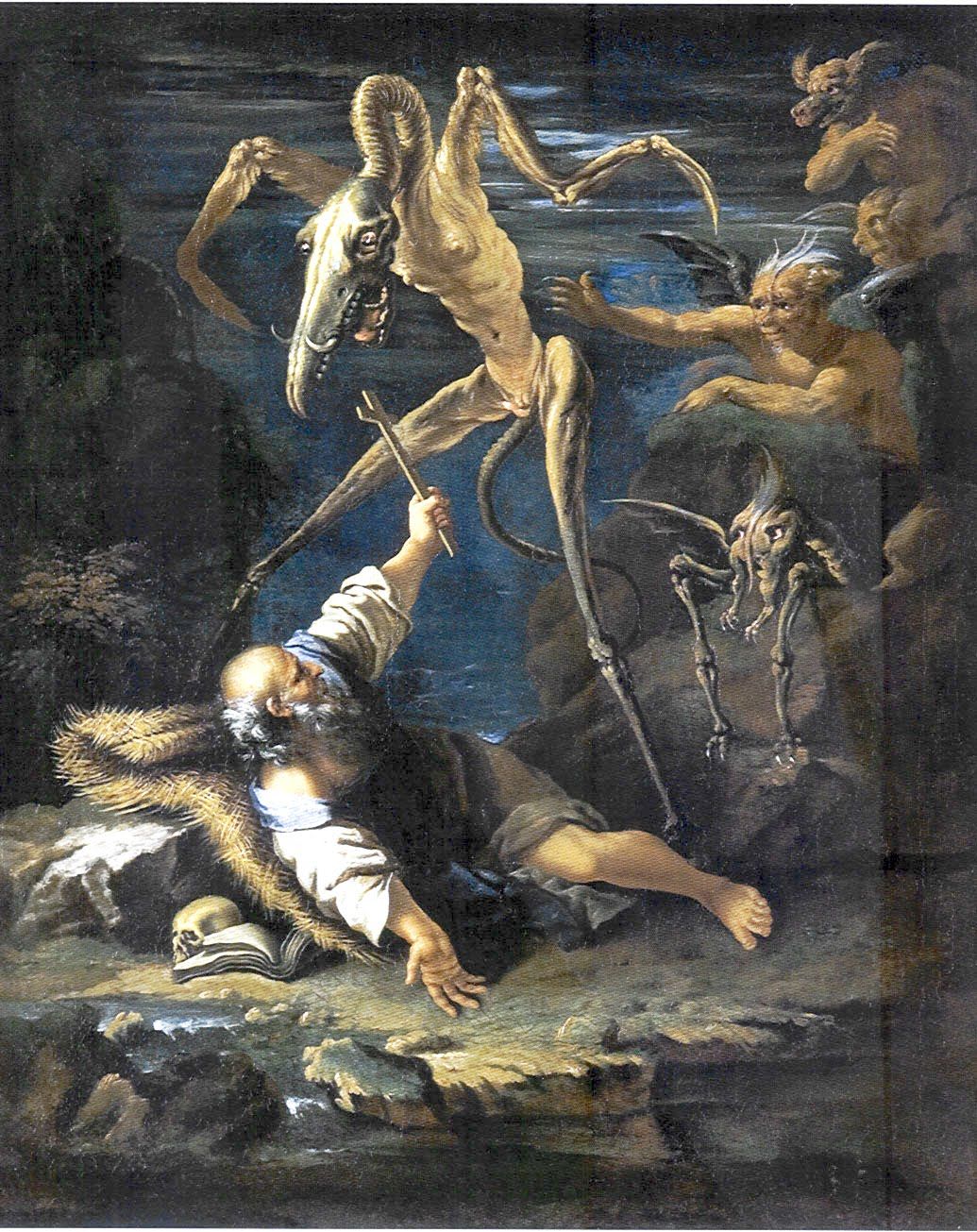 Salvator Rosa was born in Naples on July 21, 1615. He first studied painting with his uncle, Domenico Greco, then with Jusepe de Ribera, and finally with Aniello Falcone. In 1640, after spending some time in Rome, Rosa moved to Florence, where he worked as a painter for the Medici court. In Florence he met Lucrezia, who became his mistress, and the poet Giovan Battista Ricciardi, who became his lifelong friend. Finding himself ill-adapted to court circles, in 1650 Rosa returned to Rome, this time permanently. There, on March 4, 1673, he married Lucrezia, with whom he had lived most of his adult life. Eleven days later he was dead. Rosa emerges as a strangely touching figure, proud, melancholic, and fiercely independent. Alone among the major painters in the city, he had (by his own choice) no powerful patron. He rarely accepted commissions; instead, he tried to sell from his studio and to make himself known through public exhibitions, which were seldom and few. To a client who dared to suggest his own subject, Rosa said, “Go to a brickmaker, they work on order.” In contrast, Pietro da Cortona, Rosa’s enormously successful rival in Rome, boasted that he never chose the subject of any of his paintings and if asked would refuse to do so. In his stand for artistic independence Rosa was far ahead of his time. Rosa’s protest is still clearer in his satirical poetry. Here he ridiculed the official art of the papal court, especially the work of Cortona and Gian Lorenzo Bernini. Later Rosa’s attacks extended to the papacy. His poetry won him a host of enemies, an entry in the Index of Forbidden Books that lasted for 2 centuries, and a place in the history of Italian literature, which, though small, appears to be permanent.

Grotto with Cascades is typical of Rosa’s small landscapes, which his friends called “caprices.” It is fully baroque in its painterly handling, open brushwork, dark shadows, and the silvery impasto that is used to suggest the sparkle of falling water. But it is also romantic. Above the tiny figures towers a gigantic natural bridge eroded by waterfalls. Man appears insignificant and irrelevant before the grandeur of nature. L’umana fragilità is characteristic of the more serious current that imbues Rosa’s later work. The young woman in the foreground wears a wreath of widely opened roses (which are fragile and impermanent). On her lap sits an infant who, guided by a winged skeleton, writes the words, “conceived in sin, born to pain, a life of labor, and inevitable death.” Other symbols of impermanence are infants blowing soap bubbles and burning tufts of flax. In sharp contrast to his wild, untamed landscapes, the mood of these late works is one of quietude and resignation in the face of destiny; they reflect the then current revival of the philosophy of stoicism.