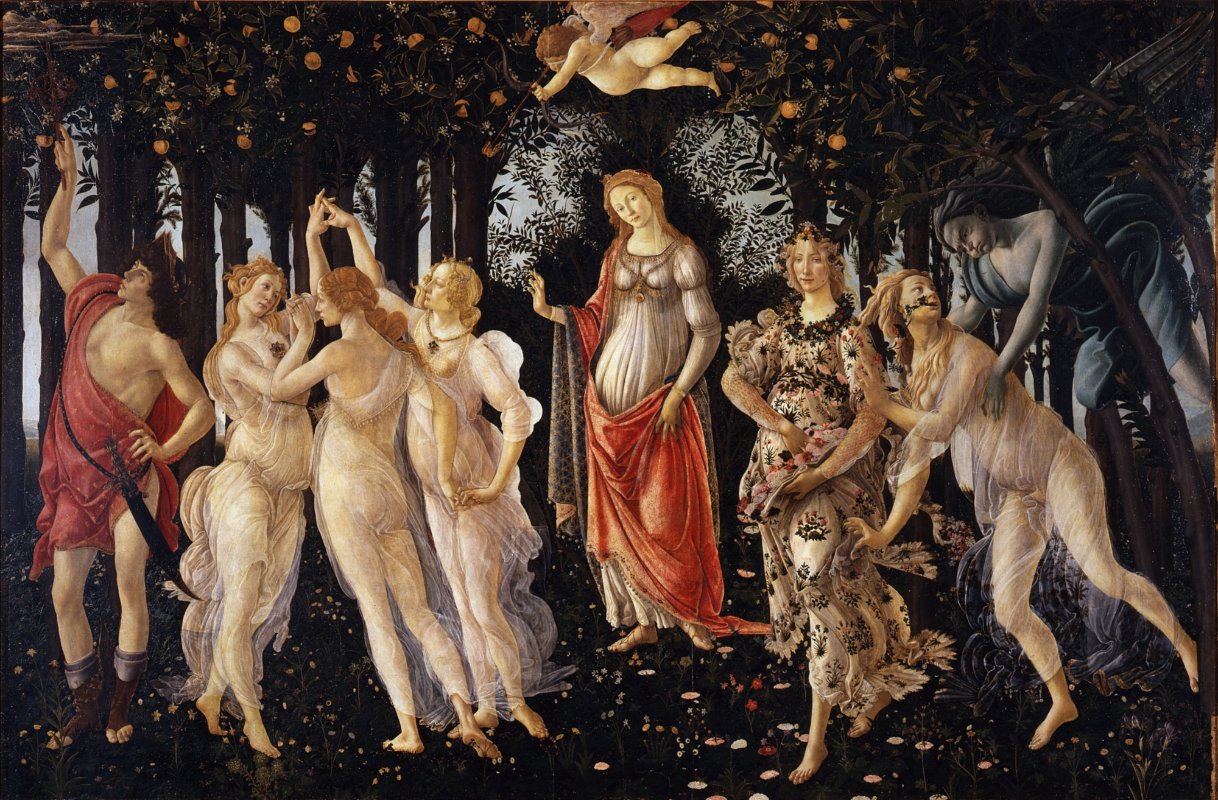 Botticelli’s ninety wonderful illustrations to Dante’s Divine Comedy represent (among other things) one of the greatest missed opportunities in the annals of British art collecting. Originally created in Florence in the 1490s and subsequently given by their first owner, a member of the Medici family, to the King of France, these masterpieces of Renaissance draughtsmanship had by the mid-nineteenth century found their way into the possession of the Dukes of Hamilton. Then, in 1882, they were put up for sale. Queen Victoria’s eldest daughter, the Crown Princess of Prussia, tried to persuade the Prime Minister William Gladstone that the government should purchase them for the British nation. Victoria herself added her weight to the appeal. But despite his enthusiasm for Dante’s poetry, Gladstone declined to get involved and so the German government bought them instead. They have not been seen in Britain since – until yesterday, that is, when they were placed on temporary exhibition at the Royal Academy in London. To mark the event (and underline Gladstone’s regrettable shortsightedness) this week’s picture is one the most evocative of all Botticelli’s Dante drawings.

It illustrates Canto XXXI of the Inferno. At this point in The Divine Comedy Dante and his guide, the Roman poet Virgil, have almost completed their descent through the nine circles of hell. As they make their way across a barren and rocky landscape, Dante suddenly hears the blast of a horn louder than thunder and makes out some towering shapes in the distance. On approaching them he realises with dismay that they are in fact a group of giants standing in chains up to their waists in a great stone well. The sight puts him in mind of the fortified Tuscan hilltop town of Montereggione (a town that still stands today, together with its fourteen encircling towers).

Virgil proceeds to comfort the fearful Dante and explain the identities of some of the giants standing before them. The man-mountain blowing the horn is Nimrod, founder of the Babylonian Empire and builder of the Tower of Babel, damned forever for depriving humanity of a single common language. To Nimrod’s right stands Ephialtes, son of Neptune, who once tried to unseat the gods of Olympus and who has a chain bound round him in five coils, one arm in front of him, the other pinioned behind his back. Beside Ephialtes, unchained, stands Antaeus, whom Hercules cunningly defeated while carrying out his legendary ten labours. Virgil persuades Antaeus to bend down and lower the two poets into the icy well, Cocytus, where the souls guilty of treason and treachery are condemned to dwell; and so the Canto ends.

The style of Botticelli’s Dante illustrations was in some respects rather old-fashioned, albeit deliberately so. Although the artist was a master of the most sophisticated Renaissance techniques, such as mathematically calculated perspective, he had more respect for the so-called medieval past than many of his contemporaries and obdurately continued to use methods that were widely regarded as out-of-date by the late fifteenth century. In his most famous painting, The Birth of Venus, he used liberal amounts of gold paint despite the view of Leonbattista Alberti, the pioneering and greatly influential theorist of Renaissance aesthetics, that it was a gaudy and primitive device. So too in his Dante drawings, in defiance of Alberti’s belief that every picture should be like a window on to a single, spatially and temporally coherent world, Botticelli harked back to an older pictorial convention – one in which different episodes were compressed within a single image. Thus it is that we see the figures of Dante and Virgil several times in the picture. This apparent archaism was appropriate to the subject – Dante, after all, had been a contemporary of the early Renaissance masters Giotto and Duccio, who painted their narratives using exactly the same convention adopted here by Botticelli. The technique is, in any case, extremely effective in conveying the thrust of the poet’s story. The Divine Comedy takes the form of a journey which is at once physical, emotional and spiritual, and as Botticelli’s poets advance through the infernal landscape they do indeed seem to be moving through all these different dimensions. The figure of Dante in particular registers a gamut of reactions, ranging from solemn contemplation to outright terror.

Lorenzo di Pierfrancesco de Medici’s reasons for commissioning Botticelli to illustrate Dante’s religious epic remain unknown, but the atmosphere of fervent and heightened spirituality in late fifteenth-century Florence may suggest part of the explanation. Giorgio Vasari, in his chronicles of the lives of Italian Renaissance artists, remarks that Botticelli was profoundly moved by the hellfire sermons of the Dominican friar Girolamo Savonarola, who staged penitential “bonfires of the vanities” in the main square of the city, the Piazza della Signoria, and whipped the Florentine population into frenzies of doubt and eschatological panic with his warnings of death and damnation. As the year 1500 drew closer, many came to believe that the Second Coming was at hand, and people’s thoughts turned naturally to the condition of their souls. Something of all this seems to have worked itself into the Dante drawings. Botticelli’s giants wear expressions of penitential self-contemplation. The artist has depicted them, with great fellow-feeling, not as monsters or demons but as troubled human beings – each one confronting with furrowed brow his own eternal destiny.

Botticelli’s drawing might seem like a relatively small and slight work of art. But I can’t help wondering if it didn’t have a rather large influence on the history of art. Is it possible that the young Michelangelo, who was a constant presence in the Medici household during the 1490s, could have seen this drawing? And is it possible that Botticelli’s image of troubled giants could have been in his thoughts, or even before his eyes, when he came to carve his most ambitious and spectacular sculpture, the troubled marble giant known as David? Michelangelo’s towering David,after all, also has a brow furrowed with anxiety; he too stands with his weight on one foot much as Botticelli’s Nimrod does; and (most striking of all) when seen from behind, his legs, buttocks and back are almost identical to those of Ephialtes. So perhaps, as well as being a magnificent illustration of Dante’s greatest poem, Botticelli’s drawing is also a kind of sketch or prototype of the world’s most famous sculpture.