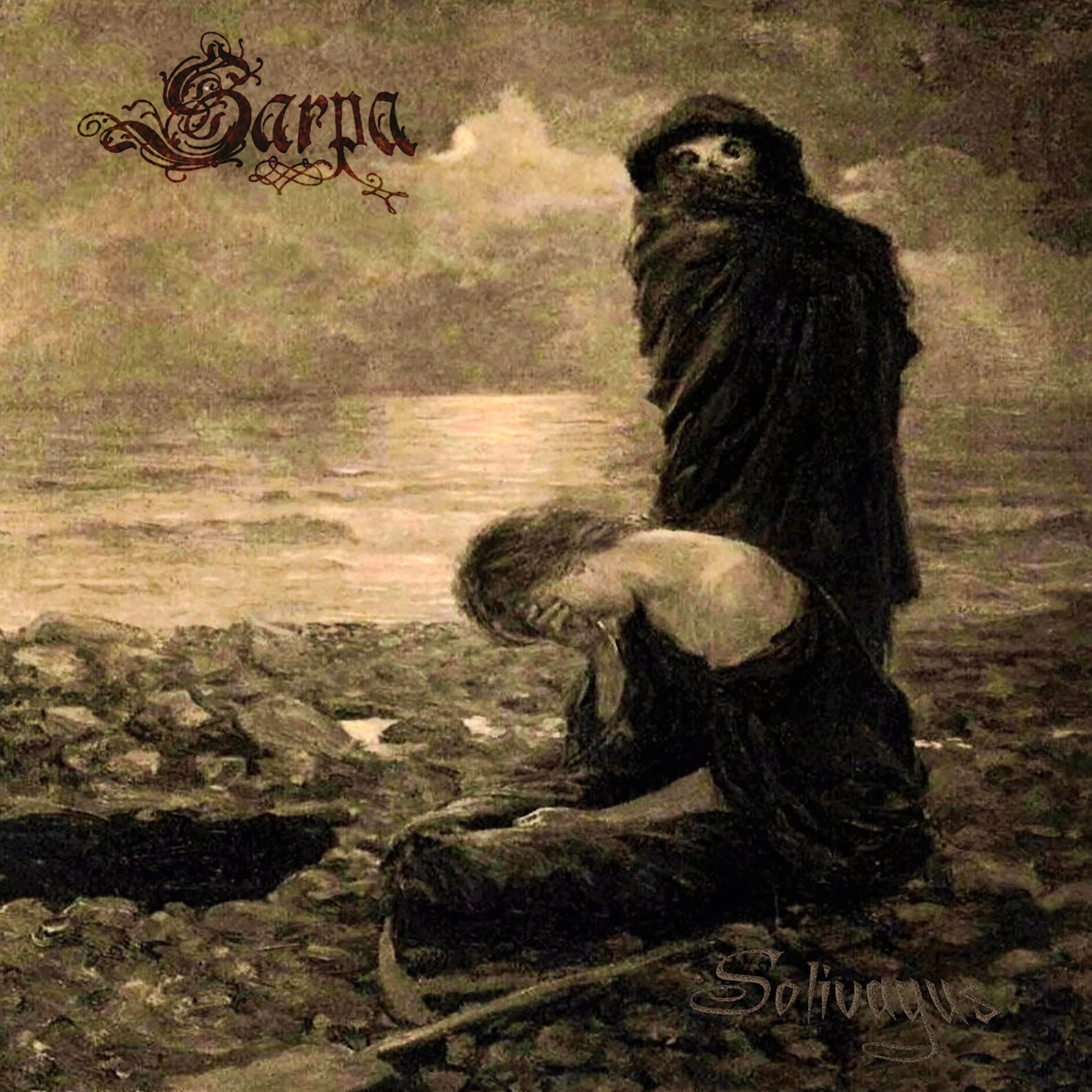 While primarily embedded in the essence of black metal, Sarpa throws other ingredients such as progressive rock, acoustics, old school death/thrash, and some Afro/Latin rhythms into the pot. The debut album Solivagus was written and performed by David Baxter (drummer of Plutonian Shore, ex-Skrew, ex-Škan) on all instruments/voices in various studios in Central Texas in 2019. The album was mixed and mastered by Tony Petrocelli of Trepan Studios. Rooted in Central Texas, Sarpa was created in 2018 after DB decided to venture with a solo record and write furiously. After performing many shows/festivals across N. America and Europe with the previously mentioned bands over the years, the dawning of this new solo entity came forth. With Solivagus being released independently, June of 2020, Sarpa plans on writing more material to fracture the illusory mirrors of time and space! A new release is currently in the works and is set for an early 2022 release.

‘Solivagus’ was released independently and had been doing well. I’ve played drums/guitar/bass/keys for over two decades in various bands (primarily drums). A solo effort has always been something I’ve wanted to do, but it was always brushed aside for the bands I’d tour/record with over the years. In 2018, I said, screw it, I’m going to put touring to the side and make this happen. Sarpa was then born.

I’m pleased with how the production turned out with the big open sound. Many layers are going on in certain parts, and Tony Petrocelli of Trepan Studios did a great job mixing it. I imagine mixing the end of Anguishing Reveries was quite a chore, but you can hear everything going on. I’ve also seen reviews that pointed out there are many different genres within the record. Some said that with a negative tone, some positive. As a positive, I find it very dull to do an entire album of one style the whole time, especially when many cookie-cutter albums are coming out.

There are many sub-genres and styles within this record, which I guess comes from always listening to different kinds of music… but overall, yes, the essence of how I approach Sarpa and the lyrics, I’d say, is very dark and capture the essence that is black metal. The ‘essence’ of what I’m talking about is almost too hard to put into words without writing a five-page answer of the essence of black metal. Those who get it get it. It’s where my heart has been since I was a young lad in the 90s, being introduced to bands like Emperor, Abigor, Mayhem.