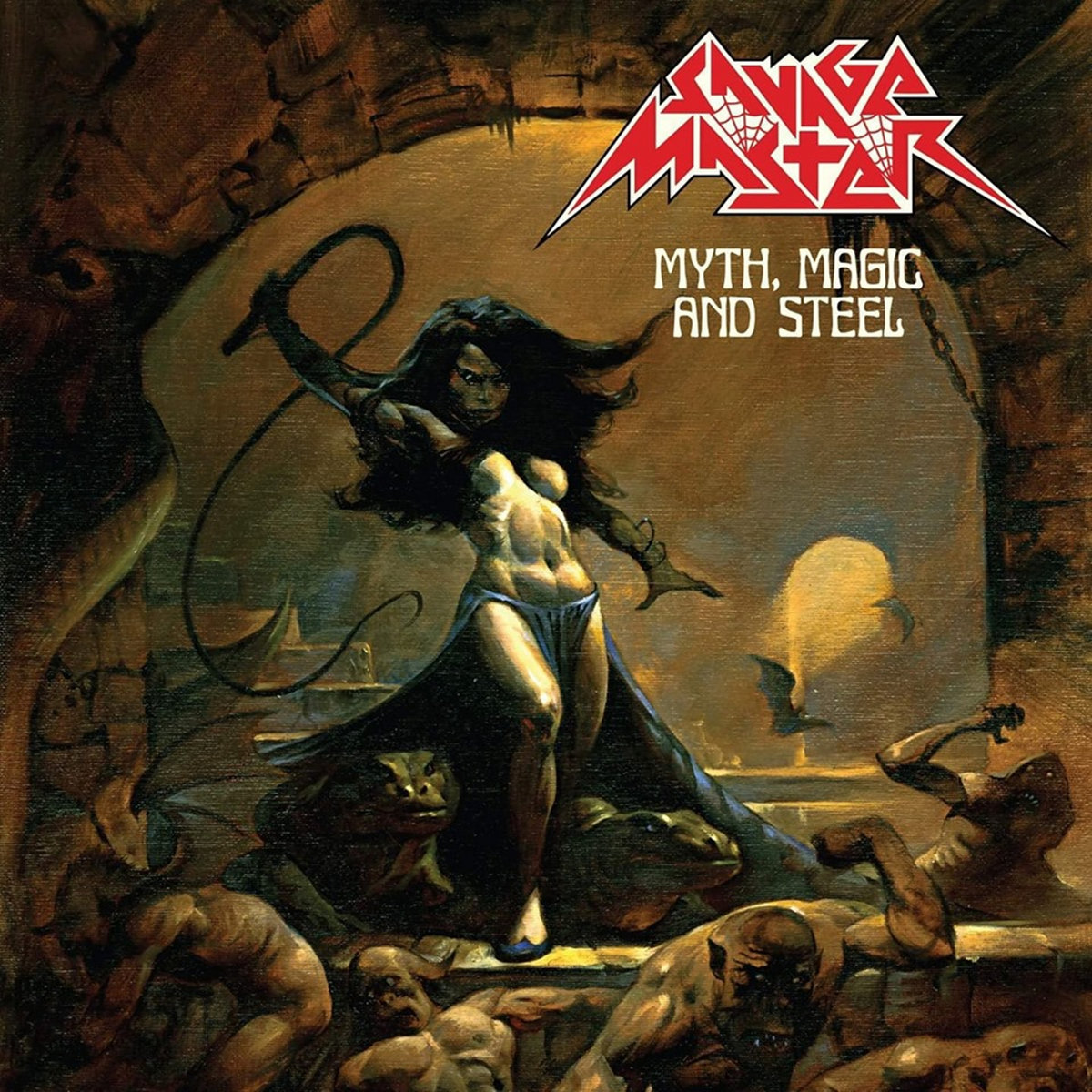 Savage Master lead vocalist Stacey Savage and her hooded henchman have been creating Old School Heavy Metal since 2013. They have toured extensively in North America and Europe with their exciting and theatrical live show. They’ve appeared on many festivals such as Keep it True, Frost and Fire, Hell over Hamburg, Metal Immortal, Hell’s Heroes and more. This October will bring their third full-length offering, the highly anticipated ‘Myth, Magic & Steel’.

Adam and I both had a strong desire to form a band, back in 2013 when we met through a mutual friend. We got together to discuss our ideas. I sent him some rough demos of me singing some Witchfinder General and Judas Priest. It so happened that we had much of the same musical taste and vision for the band. We came up with the concept and the name came later. Adam began writing songs and recruiting members. Larry Myers, our other guitarist has been with us since we started practising as a band.

‘Myth, Magic & Steel’, the fruit of our latest efforts, comes out October 25th, 2019. With each release we have more deeply defined what we are after, the name says it all with this one. We are proud of how the record came out and we hope our fans will be as well.

Our lyrics are about things such as fighting for what you believe is right and being true to yourself. We have strong beliefs about individualism and honour. I think it can be easy to be complacent and we don’t want that for ourselves and hope to inspire others to do what they truly want to do as well. We licensed the painting “Dungeon Master”  from accomplished fantasy artist Mike Hoffman because we decided it really encompasses what ‘Myth, Magic & Steel’ is all about.

Our inspiration comes from the love we have for horror movies. In fact, the concept of our image is inspired by Mario Bava’s ‘Black Sunday’.