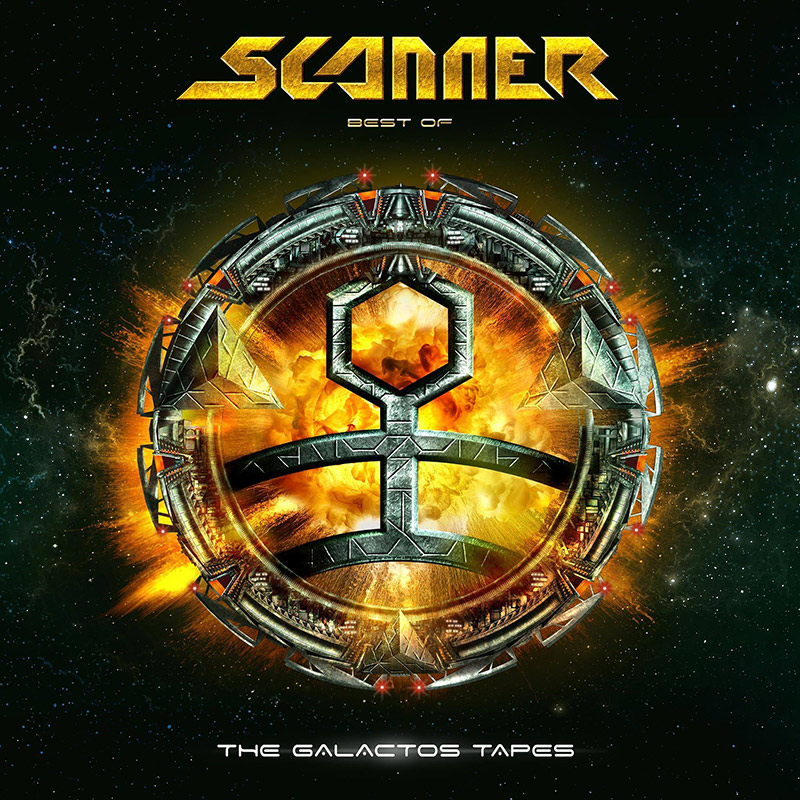 Our new album is a Best of. B-sides the normal Best of compilation on CD1, we re-recorded 10 classics of ours on CD2. We are a German power, speed metal Band. For this album, our seventh one, we just changed some arrangement for the re-recorded songs and so a writing process was obsolete this time. The title is ‘The Galactus Tapes’ and we often deal with themes around SF in our lyrics. But also include and combine social critics with it.

The band’s name Scanner is a result of a fiction story we developed around a character, the Scanner, back in 1987. The SF story of this character is the basis of our band’s name, concept and image.

The cover shows Scanners spaceship. It also reveals the sign of the Scanner, which was introduced on our last album ‘The Judgement’. In the past, we had always had an idea for the cover, and in a corporation, with the artist, we develop the cover idea up to the final result. The initial idea was always coming from the band itself.

In terms of writing, it differs from album to album. Sometimes it is harder to get the ease during the creative process and it can take a while to get into a relaxed feel until everything is flowing. But from album to album your experience is growing and this helps to handle all situations in the process. Since we just reproduced the songs this time we are already standing in front of new adventures for the next album.