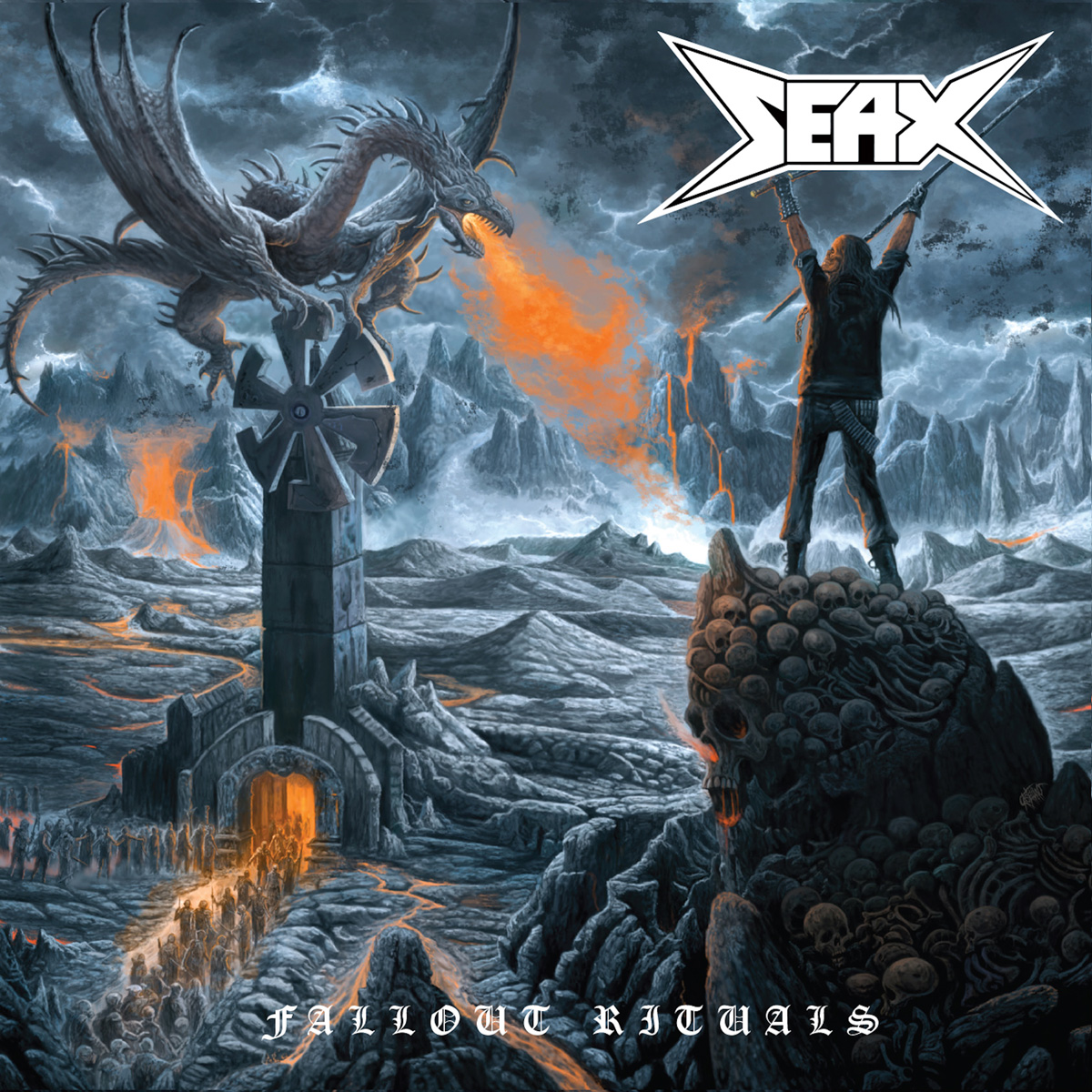 DJ: My background always seems messed up and backwards to me hahaha. I got into metal around the age of twelve with Metallica. My taste got heavier and heavier from there. As far as joining Seax… Matt Tomasz…the original bassist of Seax is a life long friend of mine. He told me to try out in 2012 and the rest was history

CB: I was exposed to rock and metal from a very early age.  I started out with classic rock and glam metal and in my teen years, I discovered heavier genres like thrash, speed, and death metal.  Prior to Seax, I had been in some bands here and there, but no one I worked with took it serious enough to get to the point of gigging.  As far as Seax, the band I had been in previously (which later reformed and became Reckless Force) had split up and I really wanted to keep going so I posted a Craigslist ad in late 2010. A couple of days later, Hel invited me down for an audition, I sang along to an instrumental version of what would later become “Blade of the Seax.”  At the end of the night, I’m like “Wow guys this was fun. Thanks for having me!” Hel’s like “You wanna come back?” and the rest is history.

DJ: Incredible journey. This was the first album I did with Seax that felt the closest to complete as could be. We want to improve going forward and progress as a band. We also felt the pressure from the success of Speed Metal Mania…which was a different feeling for sure. That being said we feel we came out with a very solid album.

CB: We feel that that album was what really got things going for us and with Fallout Rituals, we wanted to improve on the foundation we built with Speed Metal Mania.  I wanted to cover different subject matter in terms of lyrical content. Hel and I are both huge fans of Mad Max and other dystopian action films so that kind of ended up being the general theme of Fallout.

CB: The intent of the artwork was to reflect the subject matter in our music and I think our artist’s interpretation of it came out pretty badass!  We pretty much told him to listen to the music and read the lyrics and see what he came up with based off of that. His name is Juanjo Castellano Rosado. Couldn’t find his e-mail address, but he can be contacted on Facebook and Instagram. In the past, we’ve written a lot of songs about metal and partying.  As I was saying earlier, with Fallout Rituals, we stuck to a post-apocalyptic dystopian kind of theme. We might even continue that on our next release since there are a lot of different ways you can approach it.

CB: I’ve always tended to gravitate more towards classic heavy metal and always wanted to do something in that style.  There wasn’t much of it going on in our area when we started out so finding musicians to do that particular style wasn’t easy for me or the others.

DJ: My music is my life… to describe Seax. We are speed metal. If you listen to us and think otherwise… bro your ears may be broken.

CB:  While we have some elements of thrash and NWOBHM, I can’t really call our sound either of those so I’d say speed metal is probably the most appropriate way to describe us.