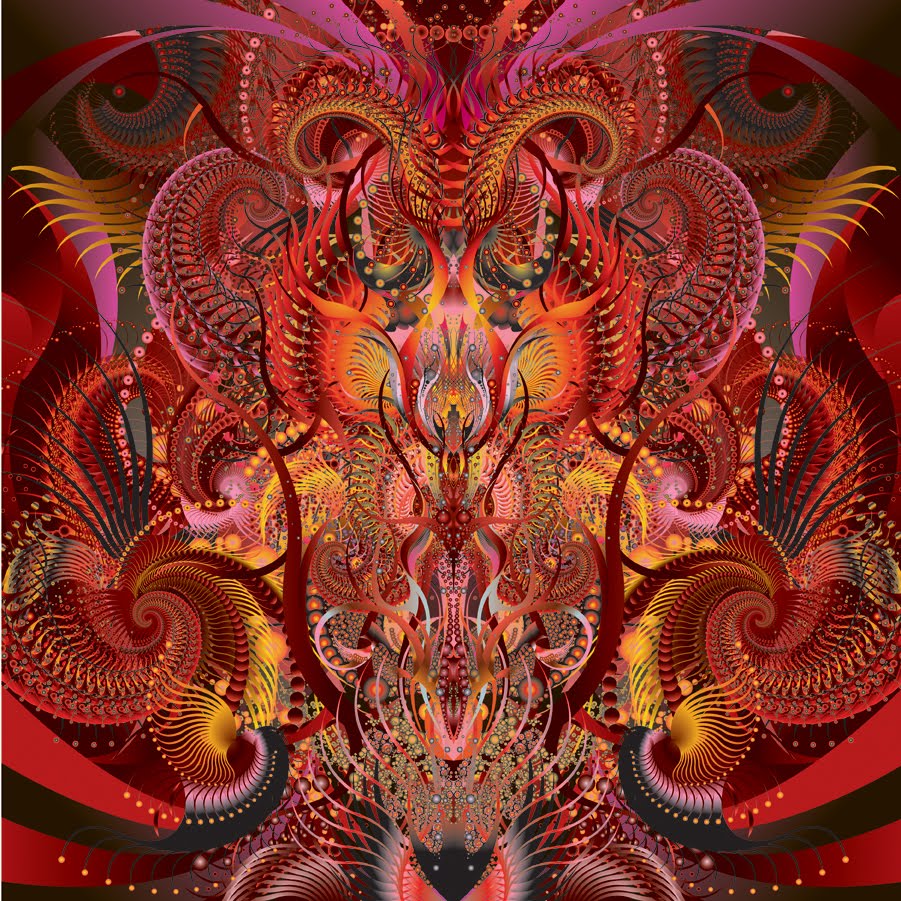 Seldon Hunt: Style has been something I’ve always felt needed to be mine and mine alone

I studied design and art at college. I showed my work to the Japanese band, Zeni Geva, soon after, KK Null, the vocalist/guitarist asked me to do a solo album. From there bands like Neurosis and Sunn O))) saw my work and subsequent projects followed. I do everything on the computer as far as the finished product is concerned. But I hand draw, I paint, do computer vector art, photoshop montage etc. The technique really depends on the project, it could be drawing, illustration, digital, photography, etc. Direction most of the time its fairly loose and I have a fair amount of freedom to create the final piece. Usually I do a verbal description of the idea or even a pencil rough to give the band an idea of what is about to happen.

I think experiencing live metal has become amazingly sanitized for the most part. The type of person that attends metal shows now is a very different one to the 80’s early 90’s. Seeing shows back then was genuinely dangerous, and the music was a reflection of that rage and violence. These days its seen almost as some kind of jazz and people tend to experience the music from that angle. Metal shows were about invocation of chaos, the enveloping of a bestial satanic darkness, so the people that followed the shows were usually of a fairly chaotic nature. Now its about style, reference to another era, history and nostalgia. Metal is no longer a contemporary voice.

Usually motifs are often suggested by the band. I have zero interest in the esoteric these days, I find it all rather juvenile at the age of 45. I enjoy drawing the kind of world these motifs are connected to of course as they offer some wonderful iconography and visual extremity. Also, I find that most of the literature sources such as Lovecraft etc. have been utterly exhausted. If I see another Cthulhu I will vomit. Travel and just a general interest in what is happening around me. Dreams and quiet visualizations often arouse weird images in my head which have little to do with anything rational but I enjoy the process of exploring these directions.

I’ve had little inspiration externally, other than just being inspired by people with a strong voice in the arts, whose presence is felt and resonates in the world. Style has been something I’ve always felt needed to be mine and mine alone, so as much as I have had favorite artists my work bears zero resemblance to them.

I have tended to approach each project as a design project and as much as there are obviously a few styles that are recognizably mine I don’t think any one defines what I do. Especially these days, I mean honestly its rare that I get asked to do cover art, I think my work is now considered part of a different era.