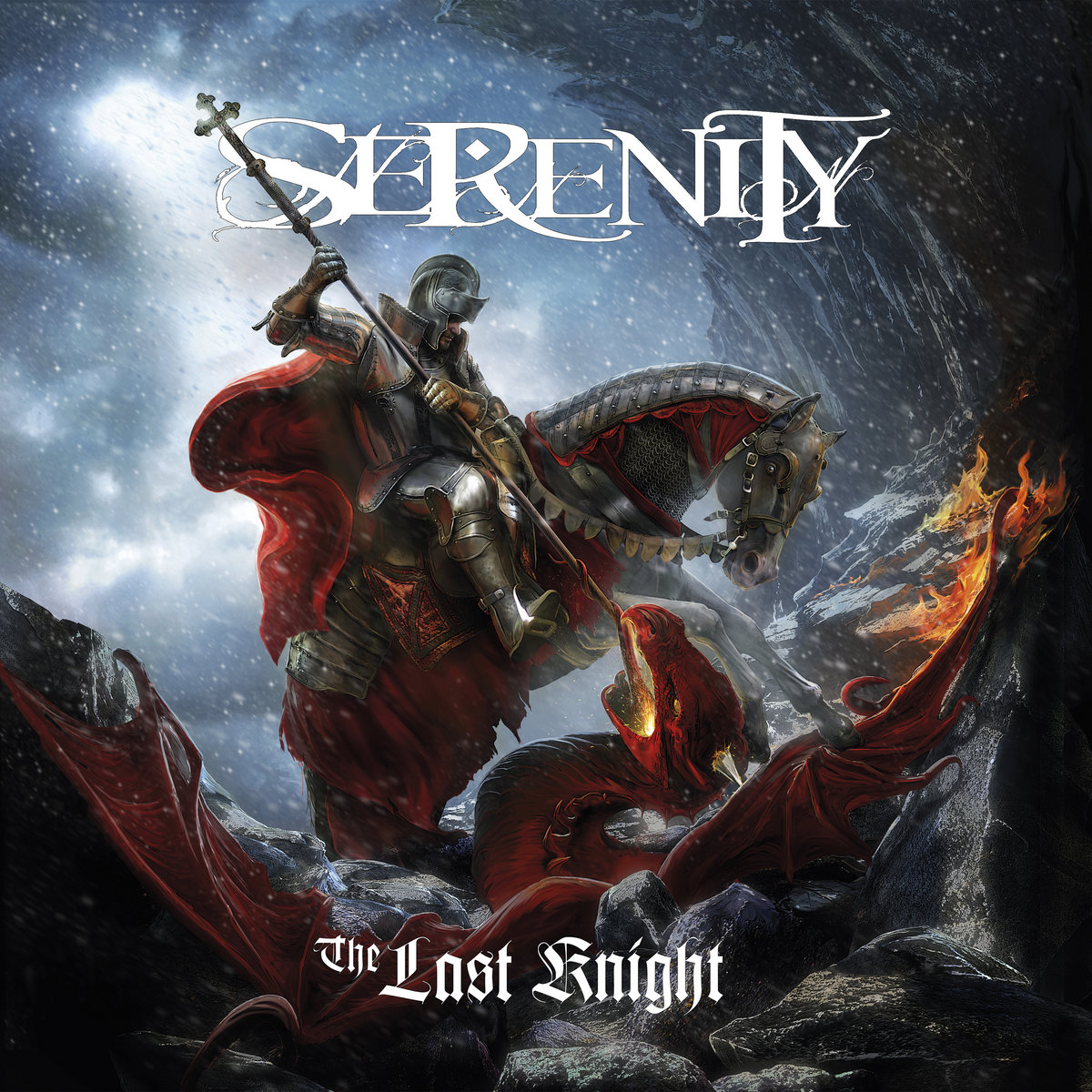 The Last Knight by Fabio D’Amore

The name Serenity comes from a song title of the band Arena, from 1998. Our former keyboard player Mario, and founding member, had the idea for the title. I think it fits the band’s style and gives a calm and charming feeling when you spell or read it.

We wanted to commemorate the 500th anniversary of Maximilian I death and dedicated the album concept and creation to this historical character, so crucial for the band’s HQ land: Tyrol, Austria. He’s a national hero and has been considered the ‘Last of the Knights’; therefore we thought it would perfectly fit the album title. The music is majestic and in line with what you would expect from a title and artwork.

Serenity’s music style could be considered bombastic, melodic, riff-oriented and most importantly, vocal-oriented: this last aspect is perhaps one of the essential elements in our sound. We all four members sing and sing as lead vocalists, making our live performances also quite attractive. Inspiration could be taken by the “classic” sacred bands such as Queen, Toto, Journey, and the classic power and prog metal bands like Blind Guardian, Angra, Kamelot, Rhapsody of Fire, Avantasia, Edguy and so on…we are fans of such acts, and we love historical concepts. So our last albums are all based on historical figures.

The band has evolved its sound during the years, passing from a melodic power/prog metal to more classic and symphonic metal elements, without planning this on a table. With this, I mean that there has never been a fixed and concrete philosophy behind it, but a simple turn of events.

I think Serenity is very distant from the dark arts, although there could be some associations with the metal. But I do have personal likes for certain themes, which I’ve musically developed with my last creation, named “Perchta”.