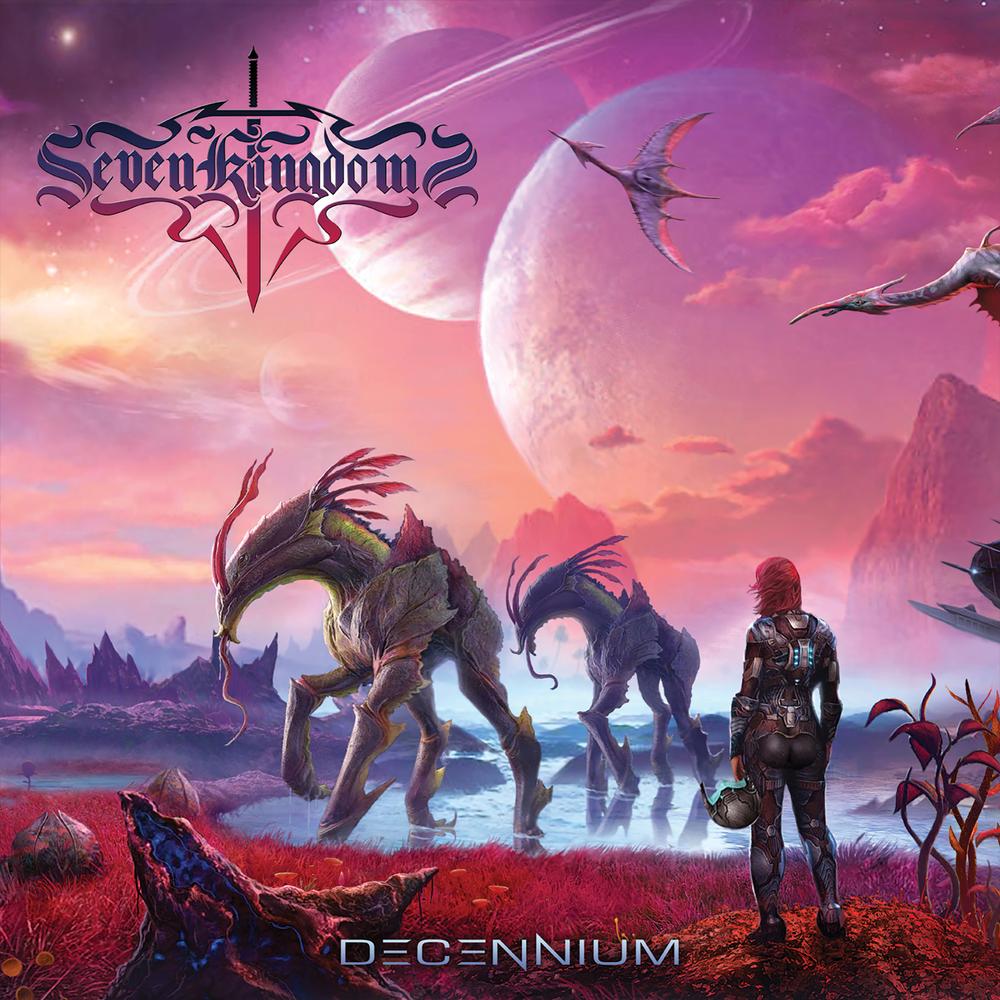 We are not super political in our lyrics, but there are times where we speak generally how we feel against what people would call ‘the man’, haha. As for religion, we don’t really hit that at all either. We are mostly trying to write music that is memorable, melodic an catchy. The lyrical inspiration comes from the obvious fantasy realm, but as we have grown older, I think a little more real-life experience starts to reflect on the lyrical side, which is natural. Generally stating, we just enjoy anything that can make a good song. It’s almost always something people either have a good time with or can relate too. I like to think that we give off a very positive vibe when people listen to the music and that’s what we are aiming for.

Hell, there are plenty of ‘great’ records that people would vote into a top category worldwide, that I can’t even bear to listen too. So I guess the question is really a matter of opinion. In 2017 people opinions run the world, so as long as you are getting people to buy, listen and vote for your album to climb the charts, then that is key. As for it being dated, I think there is even a time where certain portions of subgenres get lost in ‘trying new things’ that become something entirely different. When this happens people get hungry to hear the classic sound, maybe with a modern twist, again. So at that point, a band could go back to its roots and release something that says, could have been 10-20 years ago but it seems new and refreshing because the other bands in the genre have lost sight of the classic sound. All In all, I just really think its all about the listener and the relationship they have with whatever music they are listening too.

Life inspires me! Really especially (personally) as I get older, situations in life are something that really grows on you and you can find inspiration in those events. It may not even be a riff, but a feeling that something gives you that primes your creative juices. I would still say that hearing something still inspires me the most to do music, but the story is now coming from more places than just the fantasy side. I think it’s a good thing to start incorporating into the material too as many people can also relate, as we all go through tough times and great times as humans.

We aim to do things a little different than most metal bands. Our merch area is stocked with tons of colour and loaded with cool things to get. Our stage show is really ‘time for us’. We are not the band that has to go out and get 5 matching costumes for the sake of an ‘image’. Our Image is who we are, and I believe that will speak louder than clothes over the years as we meet new fans. We are just a bunch of young adults from the states that just want to have a good time and put on a blistering, fun and enjoyable set. We mess with each other on stage when we have the room to move (lol) and are basically just silly sometimes. As for the images that we choose to support the band, colour is a big thing on the latest releases. Getting away from everything Black has been great and it has shown at the merch table. We try to make good art to go along with either song or just generally stating a concept like the cover of Decennium. The Decennium art has nothing to do with a song. We thought it would be cool to do something a little more sci-fi than say a dragon, or a door or any other typical power metal cover. If you flip the record over, you see a Galaxy and there are 10 planets which represent the 10 songs on the album, ultimately ending up at the black hole and ‘Awakened From Nothing”. It was a cool way to not list the tracks 1-10 in a list but you have to fly around the galaxy until you spiral into nothing.

There are a lot of pop culture things that have made it into our music. Actually the Game Of Thrones stuff, we were doing that before the HBO series came about. With that being so popular today, it has for sure helped us gain a little more discussion points to people that may not be familiar with the band, or even heavy metal. So, that’s been nice. As far as other things, Video games have seen some light in the Seven Kingdoms Universe, stuff like God of War was awesome and I’ve been a huge fan of the series. We have a song inspired by the Underwoods from House of Cards dealing with how far a person will go to make their vision come to be. Kevin is a huge fan of HP Lovecraft, so the song In The Walls is inspired by the classic horror story Rats In The Walls. This was the song that we launched our EP with. I have actually never been inspired by a painting or anything of that nature, it’s always been book or screen related. It would be a pretty cool idea, however, to try to write a song just by looking at a painting, haha.

Yes, we use this of course, quite often. Power Metal specifically is the most ‘fantastical’ of the genres so it’s easy to get roped into lyrics like “The Mighty Thunder Dragon of Lightning, Fire and Steel” so we really try to avoid that as much as possible. Even the GOT inspired songs take several steps past the topical lyrical style and go into something that requires more thought. Like I said before, the older we get the more ‘real life’ stories start to come out. Stuff like Neverending, Awakened from Nothing, even Hollow can relate. I would even venture to say that even though a song like Castles In The Snow is GOT inspired, they also take a very Human approach to the subject matter and put the listener really inside Sansa’s head and pour on the feels. So all in all, I think that the cheesy side of power metal does more harm than good after a certain point in one’s career. Longevity has substance and there is not much substance when everything ends in “of fire, thunder and steel”.