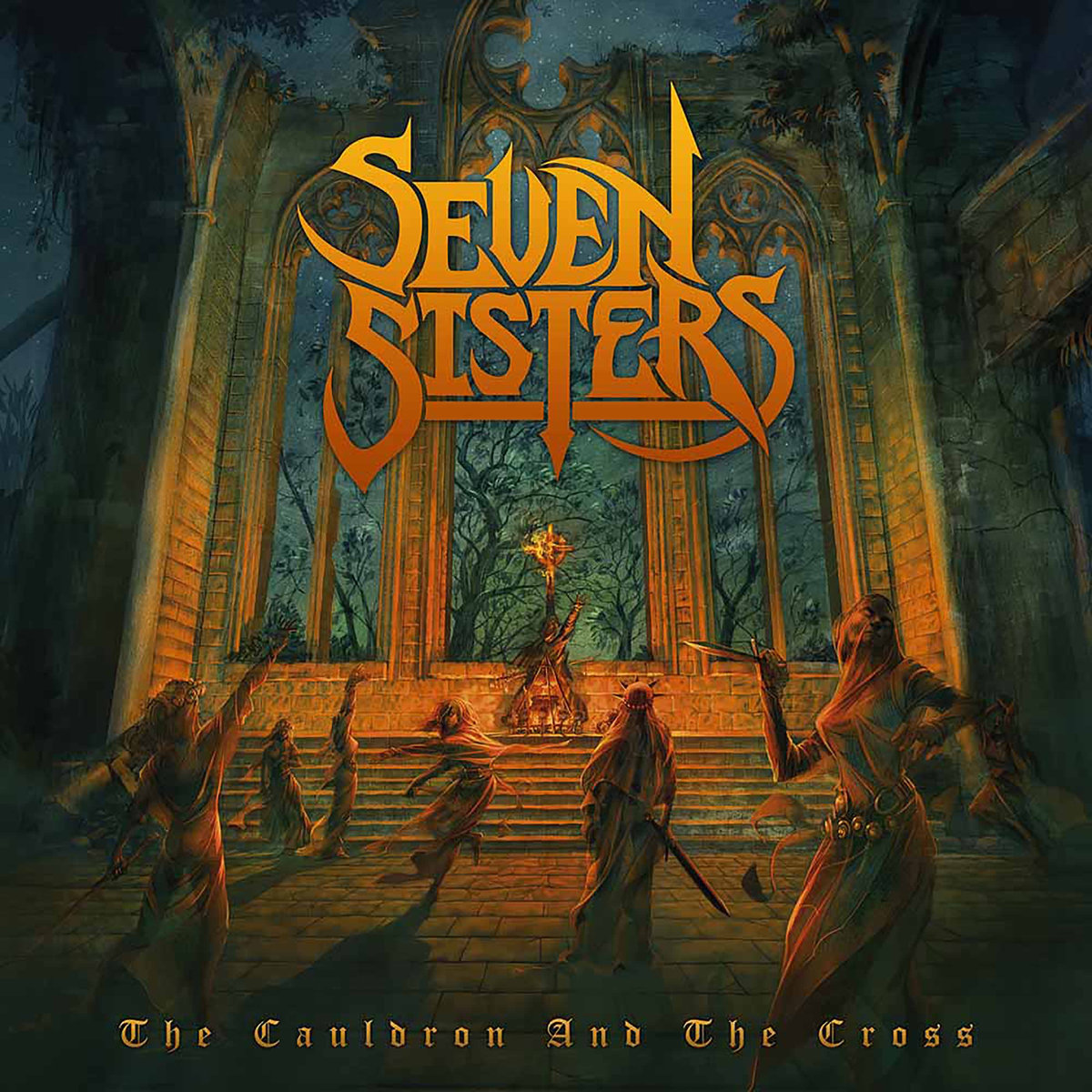 The Cauldron and The Cross By Kyle McNeill

Born in the depths of West London, Seven Sisters are a four-piece band forged from the same steel as the NWOBHM acts of yesteryear. Over the past three years they’ve gathered a reputation as a stellar act in the heavy metal scene; earning their stripes playing shows all over the UK and Europe off the back of two independent releases The Warden Demo (2014), and the Lost in Time 7” (2015). Their self-titled debut album (2016) was met with rave reviews and sold out of the first pressing of physical copies in just three weeks. With the all-important second album getting their best reception to date, Seven Sisters promise not to just copy the template laid down by the fathers of heavy metal but to mould their own and usher in a new era.

Initially, we were a “bedroom project” started by Graeme and I. We managed to get some songs together jamming in my flat and we thought it’d be a cool idea to release them on cassette! To our surprise, it was really well received. A few months after that we had our first rehearsal as a proper band with our first line-up. Since then we’ve released two singles, two albums, and signed to a label. We’ve managed to play some very cool shows and do a few tours. Things are going well, and we’re currently gearing up to write our third full-length. Our growth as a band has been very organic since the beginning. You could say we’ve done things the “right” way; we’ve played our fair share of awful shows and had some real Spinal Tap moments! It’s all part of the fun. Long may it continue.

‘The Cauldron and The Cross’ is a concept album based around the tale of King Arthur. Our main source of inspiration was a book called “The Mists of Avalon”, written by Marion Zimmer Bradley. Musically it’s a step in a more progressive direction, which is exactly what we want! It’s a varied album that I think manages to blend quite a few different styles of Metal into one big organised mess. The overall atmosphere is epic and mystical, it very much reflects the lyrics. Oh, and there are lots of guitars.

Both our albums so far have been concept-based. We even tie-in our singles to be related to the Seven Sisters “universe” we’re creating. So yes, our lyrics are very thematic! From a creative point of view – I find it helps me a lot to write to a “brief” of some kind. Putting a restriction on the theme seems to spark more creativity as opposed to having every possibility at your disposal.

I think our philosophy is that real life is pretty shit at the best of times, so we like to write about other stuff that we find cool. We aren’t anywhere near eloquent enough to put our political opinions into lyrical-form, and I don’t think anyone would be interested in our opinions anyway! As far as the decadent lifestyle goes; what happens on the road stays on the road.

I think metal has always given off the appearance of being “dangerous”, it’s part of the appeal! In reality, the days of epic parties and drugs-galore are sort of behind us. I think that applies to the music industry as a whole. Sure, the mega-stars will be living it up, but there’s such a large underbelly of music happening and most people are pretty sensible. People in the industry just want to work with professionals and do a good job. Unless you’re Ozzy, no one can be bothered to put up with your shit. I think the real danger is taking heavy metal too seriously. It’s all a bit of a piss-take. I mean, we’re four grown men singing about wizards for fuck sake!