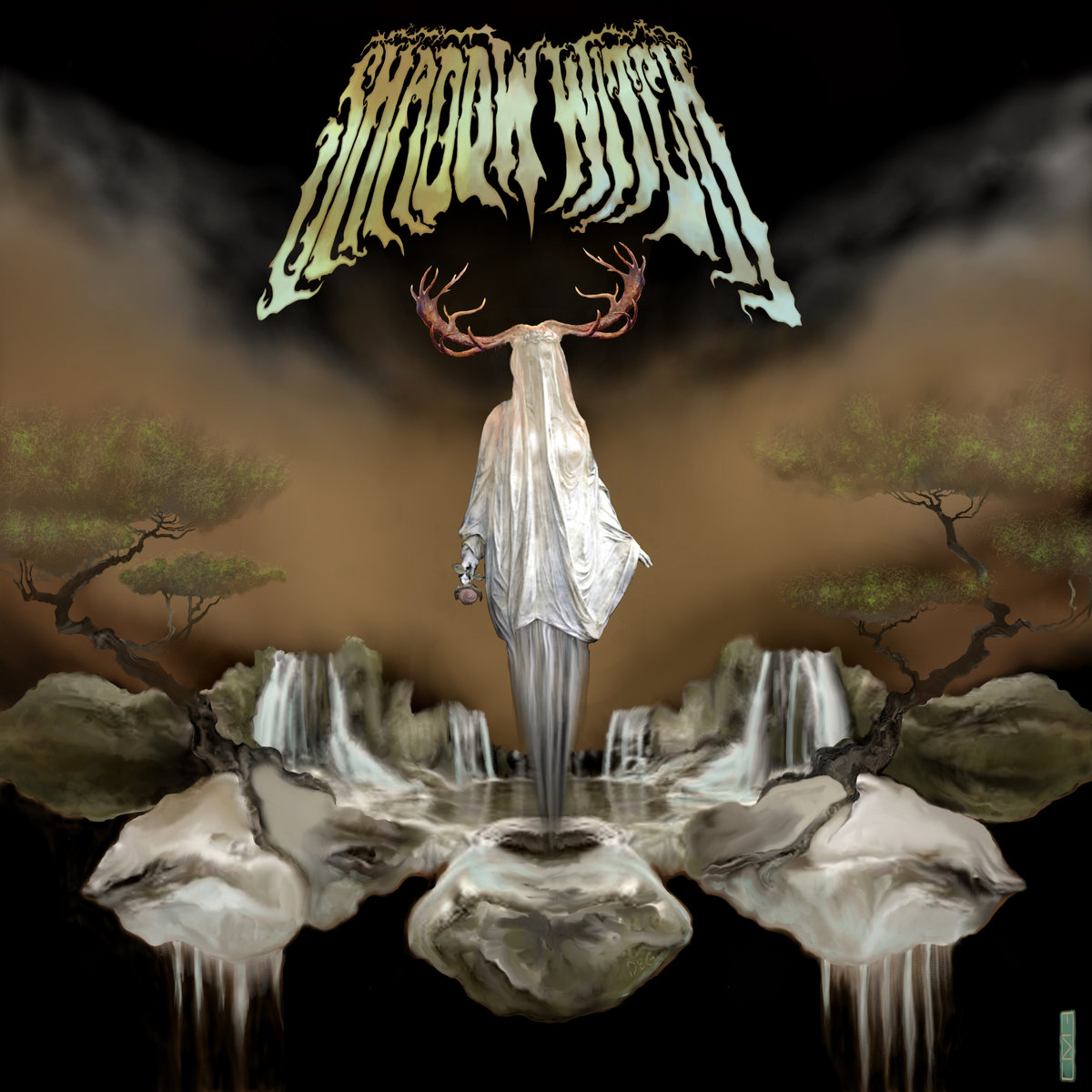 Shadow Witch, who inked a worldwide deal with Argonauta Records last year, are a heavy rock/stoner metal band from the Hudson Valley region of New York. Forming in the autumn of 2015, the band have released three full-length albums Sun Killer, Disciples of the Crow, and ‘Under The Shadow of A Witch’ to excellent reviews from the international heavy music community. Their diverse assemblage of songs pulls in thrash, NWOBM, doom, heavy metal Rock with psychedelic and stoner metal. The band have backed it up with intense and explosive live shows, opening for King Buffalo, Mothership, and Corrosion of Conformity among others.

Under the Shadow of a Witch by Earl Walker Lundy

When we were getting started, and looking for a name, naturally everybody had a different idea. I wanted something to do with a changeling or shapeshifter, but in researching that, I found everything I thought of was taken. Shadow Witch was the combination of a few different suggestions. We didn’t know that the name had other associations til after we were established, and by then it seemed too late to change it.

I was involved with a woman, and it was pretty heavy; very intense and very secretive. When we first were together a confidant of her’s asked: “Are you still under that witch’s shadow?” It was a joke on one level, but there was a lot of magick in what transpired; we were under each other’s spells.

With the new album, there is a lot more of what would be “heavy rock” and “occult” in the influence. It wasn’t a conscious decision; the songs just evolved that way. We don’t consider Shadow Witch, a doom band. We never did. We like doom; it’s in the mix of our influences. We play with bands in that scene, but clearly, doom is not what we are.

With this album, there’s an occult theme running through the whole thing, but the album is really about a love affair. The highs and lows and all that follow. Obsession, addiction, desire, fear. All of that is there, if metaphorically.

I’m the main lyricist, the singer, and the painter of the last to album covers, so yeah, pretty involved. As far as drug use goes, that’s not a “band thing”. Our music is pretty complicated, so we can’t afford to be trippin’ balls on stage, haha. I prefer psilocybin to synthetic compounds.

I’ve done the cover paintings for the last two albums, the new one and ‘Disciples of the Crow’. I sign them EWL. The main influences for them, Frank Frazetta and Roger Dean are most decidedly 70s. I wanted the covers to have that classic 70s album cover vibe.