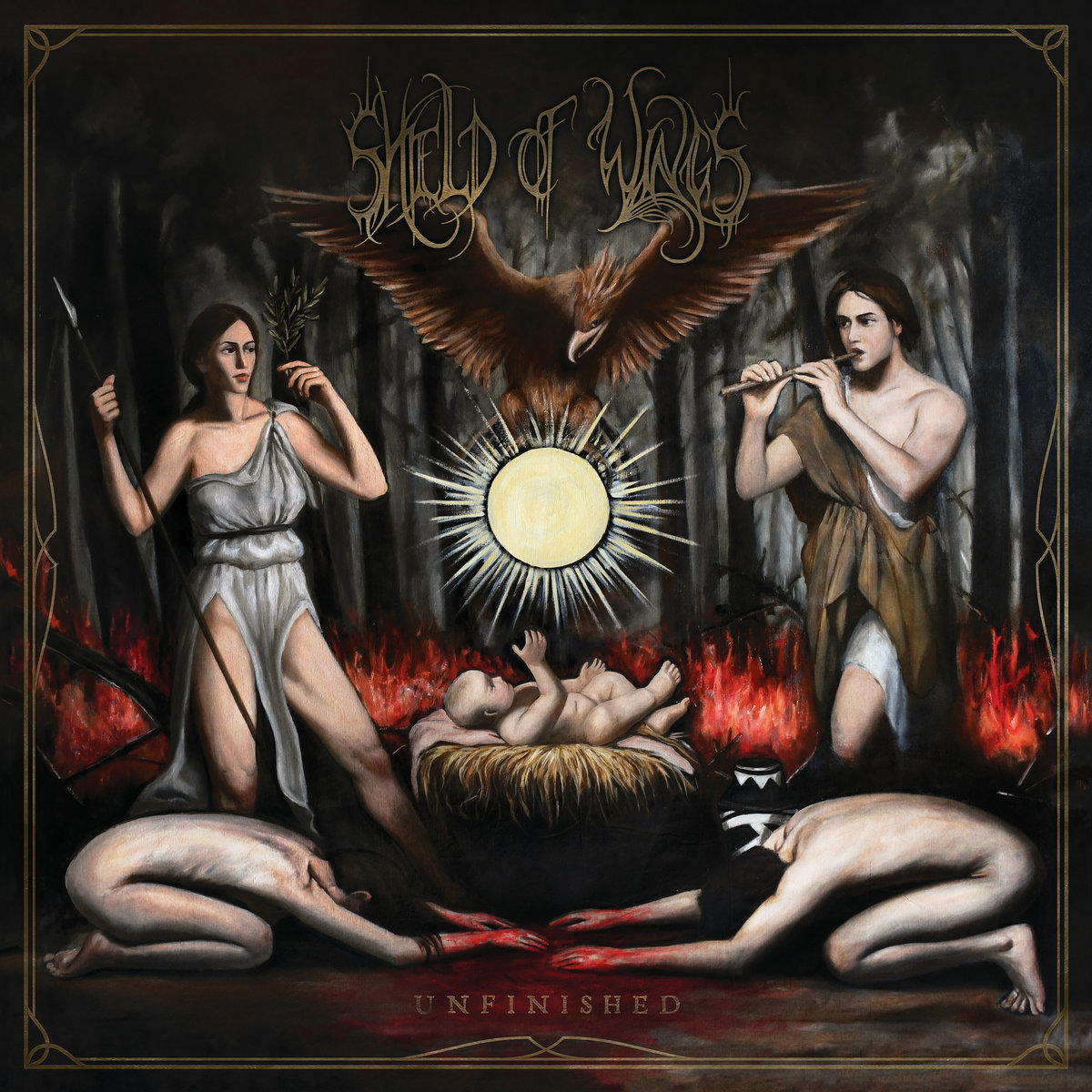 Shield Of Wings with James Gregor

‘Shield Of Wings’ return to life after their sweepingly vast EP, 2011’s Solarium.
They will begin 2022 with their Epic Symphonic Metal resurrection and their debut full-length album, Unfinished. Sure to appeal to fans of symphonic metal giants Nightwish and Epica and film score composers like Hans Zimmer, James Horner, and Howard Shore, their new album, Unfinished, will bring into view ten bombastic compositions of poetic exploration.

The songs of this album were written intermittently over the years from 2012 to 2019 while the band was on a hiatus. Though members of the band and I pursued various ambitions outside of music during that time, I had been forging my journey and growth into songs and melodies. In 2017 I proposed a meeting with the band to discuss a “rebirth” and a new band member, Aliyah. At that meeting, we listened to around 40 songs, partial songs, or basic melodic concepts I wrote over the years. A discussion followed, and twelve were chosen to move forward with. Over the next year and a half, I started refining the songs with the band and fleshing out the lyrics to the orchestral melodies with the help of Aliyah’s voice. In late 2019, the band was contacted online by a local vocalist interested in the lead singer position. After somewhat of a ‘try-out’, she was extended an offer to join us, and thus we moved forward with her learning the songs over the next few months. Casually throughout 2020, the final drums, bass, guitars, and vocals were tracked, and at the beginning of 2021, the album’s orchestral elements were finalised before mixing and mastering.

The mindset should probably be an honest one. If what you are saying or composing is true, or at least sincere in intent, I think that will drive you and shine through. Even if the music is limited by a limited musician, such as myself, the songwriting can still be greatly compelling. When is it time to make a record? It’s time to make a record when you’ve written enough music worth sharing in an album format. Ultimately, it’s time to record when one is called to do so.

The more I learn, the more my ignorance is apparent to me. I aim to refine my meaning path while moving forward with a more focused purpose and responsibility. I find much value in their philosophical views from the little I know of the Stoics.

I never had the tremendous heavy metal older sibling to show me the ways of the classics. By the grace of the internet, I was delivered Children of Bodom, Dimmu Borgir, Epica, Nightwish, Cradle of Filth and various other bands from across the ocean during my mid-teen years. The power of those bands consumed my interest and strayed my path from other expressive passions of the time, primarily skateboarding.

To write or even listen to music certainly is a spiritual experience. As religion successfully unites tribes, music is perhaps a less complicated plane. When you think about what music is, it’s difficult to understand it fully and the gravity it holds. With great power SHOULD come great responsibility.