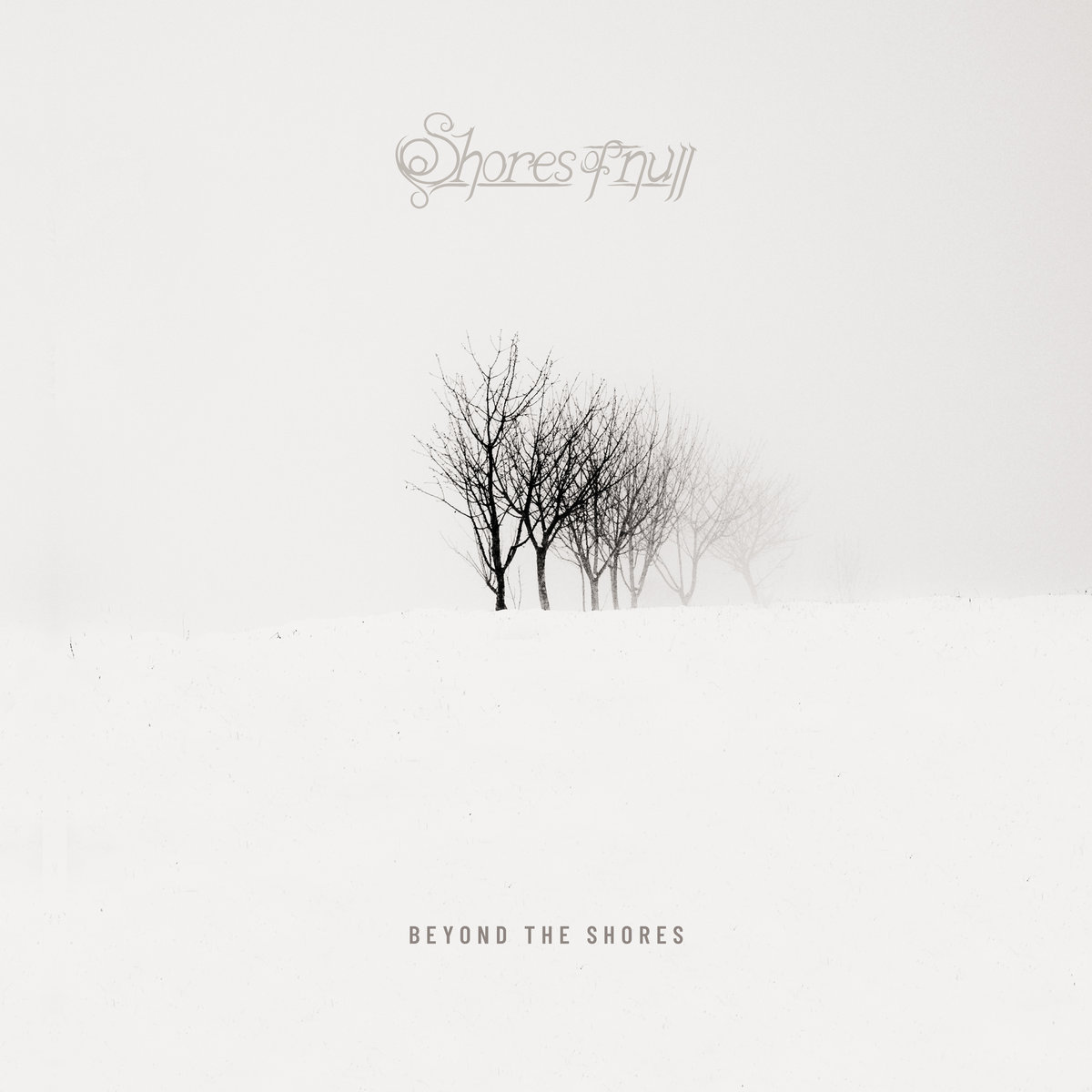 Beyond The Shores (on Death and Dying) by Davide Straccione

Shores Of Null is a Rome-based metal band, an unwavering presence within the metal underground since their musical outset in 2013. They have churned out three impressive records: the melodic and sombre ‘Quiescence’ (Candlelight, 2014), the darker and more complex ’Black Drapes For Tomorrow’ (Candlelight/Spinefarm, 2017), and the third and most recent work to date, ‘Beyond The Shores (On Death And Dying)’, a 38-minute long one-track album inspired by the five stages of grief, released via Spikerot Records in November 2020, continuing to prove the band’s willingness to go off the beaten path and create their ultimate doom metal manifesto.

‘Beyond The Shores (On Death And Dying)’ came out in November 2020 and ended up on many year-end polls, which is unbelievable as we didn’t know what to expect when releasing a 38-minute single track album in the first place. Guitarists Gabriele and Raffaele nailed the song structure in just 4 or 5 afternoons, they were inspired to write something that was extremely dark, slow and tragic and, when I started working on the vocals, I realized I had so many ideas, almost like a swollen river. It’s been for sure the most challenging songwriting experience of my life, I’m really proud of it.

The album is called ‘Beyond The Shores (On Death And Dying)’ and it addresses the fear of dying, a common topic in our cultural view of life and death as well as of living and dying, no one is actually ready to die. The lyrics deal with the five stages of grief and are largely inspired by the studies of the Swiss-American psychiatrist Elisabeth Kübler-Ross and her book ‘On Death And Dying’, a compendium of her interviews with terminally ill patients. Going beyond the shores means crossing the line, finding peace in death, when life no longer offers a safe haven.

As social animals, we all have our political and ethical views for sure, just like everyone else I suppose. Religion? We just believe in all that is measurable. www.shoresofnull.com