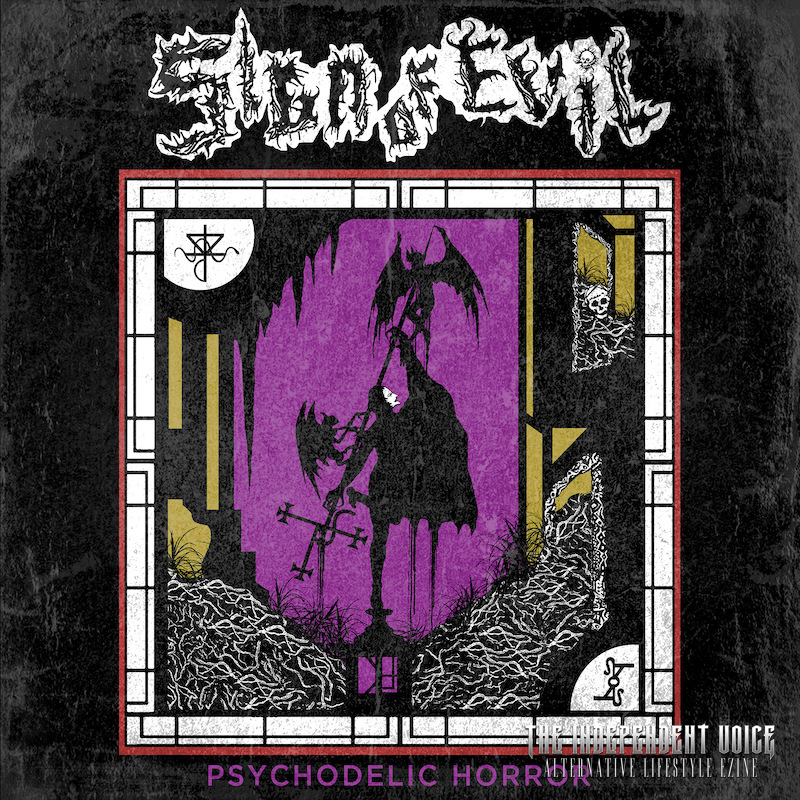 Sign of Evil is the critical vision, and how I got to the name frequently, I came across the term ‘Sign of Evil’, for example, in Violent Force, Sodom, literature, movies, etc. The ‘Firmar con el mal’, or ‘Sign of Evil’, called a lot of attention because it is like a lifestyle. You sign, and you dedicate yourself 100% to this to spread the plague, not do what is politically or morally correct. I only live by my rules, without religion, politics, or something that punishes me morally. Each one will answer to their actions.

‘Psychodelic Horror’ is meant to be a journey into the unknown. Something new and, at the same time, still hidden or occult, I try to experience many emotions with many influences of horror! I believe that the name perfectly parallels the description of the music fears, hatred, traumas, energies, emotions, pleasures; it is what’s being executed and expressed in the music, and the ambient sounds achieve a stronger connection to the context of the “trip”.

I define the style of ‘Psychodelic Horror’ as black speed/punk… the inspiration always is to release hatred and energies. I have many influences: South American punk, European black metal, and a lot from what Devil Master is doing. I think that it’s a scene that is yet to be exploited. I have seen many more bands coming out with this sound!

I have my philosophy, way of life, and way of executing my actions. I don’t know if they necessarily go hand in hand with black metal, but more from my reality and what I see day today. When I was younger, I was more on the side of thrash metal, looking for what was rebellious and not respecting what was imposed. Later, with time, it evolved more towards black metal, with questions and life philosophies.

No Vikings, nothing mythological most of the songs speak of obscure beliefs and horror and some with social and political criticism. For example, in the song ‘Horror’, a part says, “people die without eyes… death for the oppressors”, which refers to the social outbreak in Chile in October 2019 and how the police repressed the people by giving the protesters bullets in the eyes.

For me, the dark arts are everything that approaches the occult and profound. I see the “dark arts” as a kind of “opponent” … something to answer to.