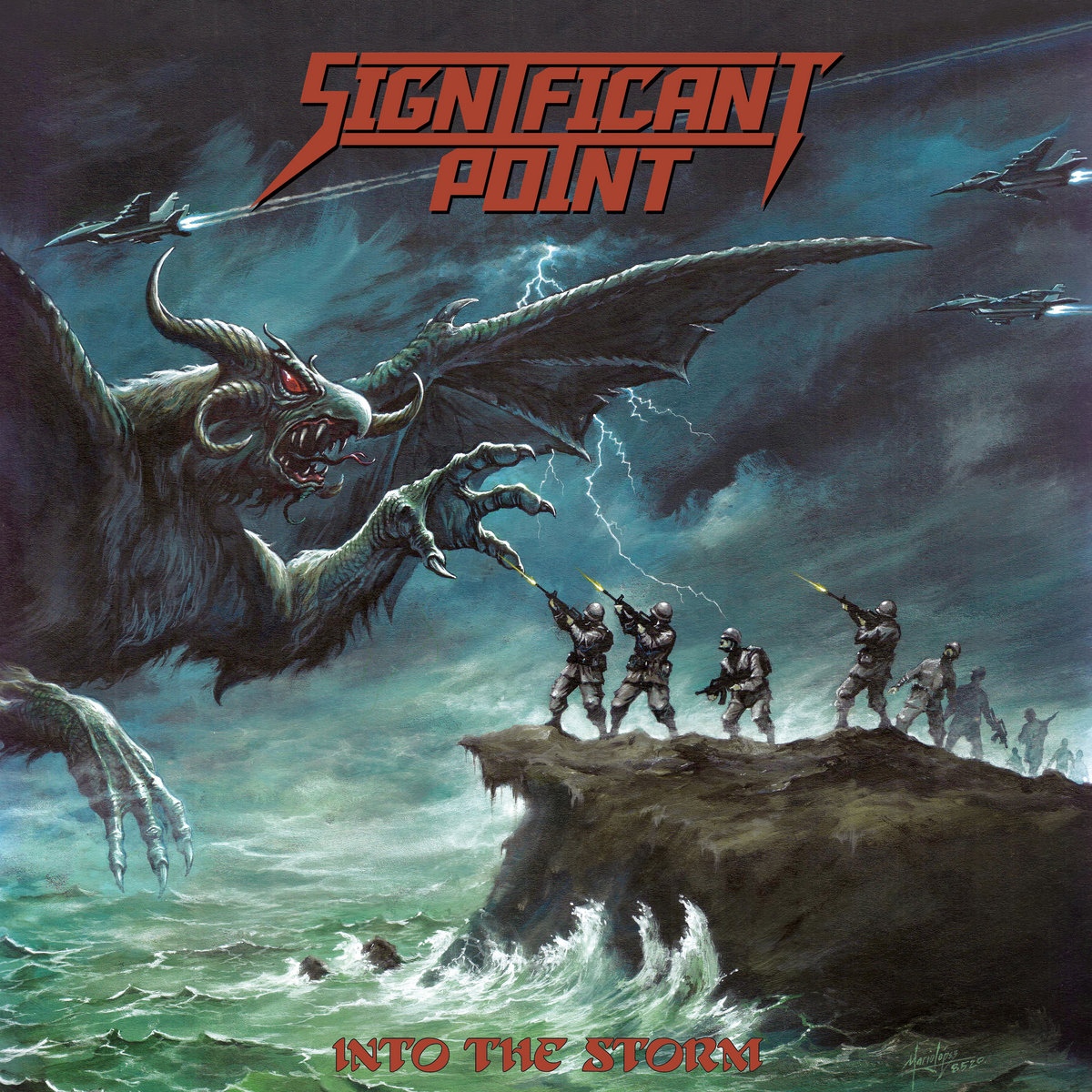 Into the Storm with Gou Takeuchi, Kazuki Kuwagaki

HMA: Any stories worth sharing in getting the album together?

GT: It took us a year and a half to record the album due to covid. During the recording process, a state of emergency was declared, and there was a time when we couldn’t work on recording even if we wanted to. It was a tough time, but I’m pleased that we could complete the recording and release the album. We are very grateful to dying victim productions for waiting this long.

KK: As Gou mentioned, a state of emergency was declared in Japan, and we could not work on recording during that time, so we had to stop, and it took a long time. During the recording process, the band members did not all gather in an identical room but were divided into several rooms, where we listened to the recordings through headphones and talked with each other. Looking back, it was fun to go to the studio several times a month for recording. I liked speaking with the members while the engineer, A-shu, was editing the sound. There were some difficulties, but I’m pleased now that we were able to release the album.

HMA: What is ‘Into the Storm’?

GT: Into the Storm is the only song written with Japanese lyrics on the album, and it was evident that it would be an essential part of the album. That’s why I decided to use it as the title of the album. The lyrics of this song are about “a lonely warrior fighting against something”. The song gave me an image of a thunderous and intense storm. Therefore, I decided to make the storm the place where the warrior faces.

GT: I first fell in love with rock music when I was about three years old, listening to separate ways by Journey and black night by Deep Purple. After that, I met Michael Schenker and started playing the guitar. Listening to Judas Priest’s ‘Freewheel Burning’ and ‘Savage Grace’s bound to be free, I fell in love with the world of heavy metal and speed metal.

Most recently, it is the event that I wrote the guitar solo for the title track, Into the Storm.

I wanted to make the guitar solo sound like a classical music concerto. But I knew almost nothing about classical music, and I don’t know what a concerto is. Nevertheless, I felt that I wanted to make a concerto. “This is interesting,” I thought. Instead of studying concertos in-depth, I thought it would be interesting to create my concerto from this state of unknowing. So this guitar solo was created entirely from my imagination, without any preconceived ideas. I think this experience was very creative.

KK: When I was in junior high school, there was a Japanese metal magazine called Young Guitar in the library, and I was drawn to heavy metal when I saw Arch Enemy and Children of Bodom on it. So I started listening to Heavy metal from melodic death metal, then I heard various heavy metal genres. I liked Ozzy Osbourne at that time, and I remember that I practised the guitar to play ‘Crazy Train’ and ‘Bark at the Moon’.

HMA: What motivates you?

GT: It takes a lot of time and effort to write a good song. Everyone feels differently in the world of music. In other words, to make good music, we need to face ourselves.

I feel pleasure when the music I create exceeds the quality I want for myself. This is a high motivation for me.

GT: I think it is a characteristic of my personality that I can be into things I am passionate about, dig deeper, and do it with a high concentration level. Before I became obsessed with playing the guitar, I used to like cars. When everyone else was reading picture books, I was reading and collecting books on car mechanics. I think this tendency to dig deep is one of my strengths when it comes to music.

HMA: Do your lyrics have themses?

KK: I write the English lyrics. Sometimes I create themes from zero, and sometimes I make them based on images that Gou has created in Japanese. I don’t have a particular piece in mind, but Japanese manga and Hollywood movies influence me. For example, Riders under the Sun’s lyrics were inspired by the Japanese manga Initial D and Beck and the Hollywood movie The fast and furious. I also tried to make the sound cool in all the lyrics. I am not a native speaker, so some points were challenging, but I could create something that I’m satisfied with.