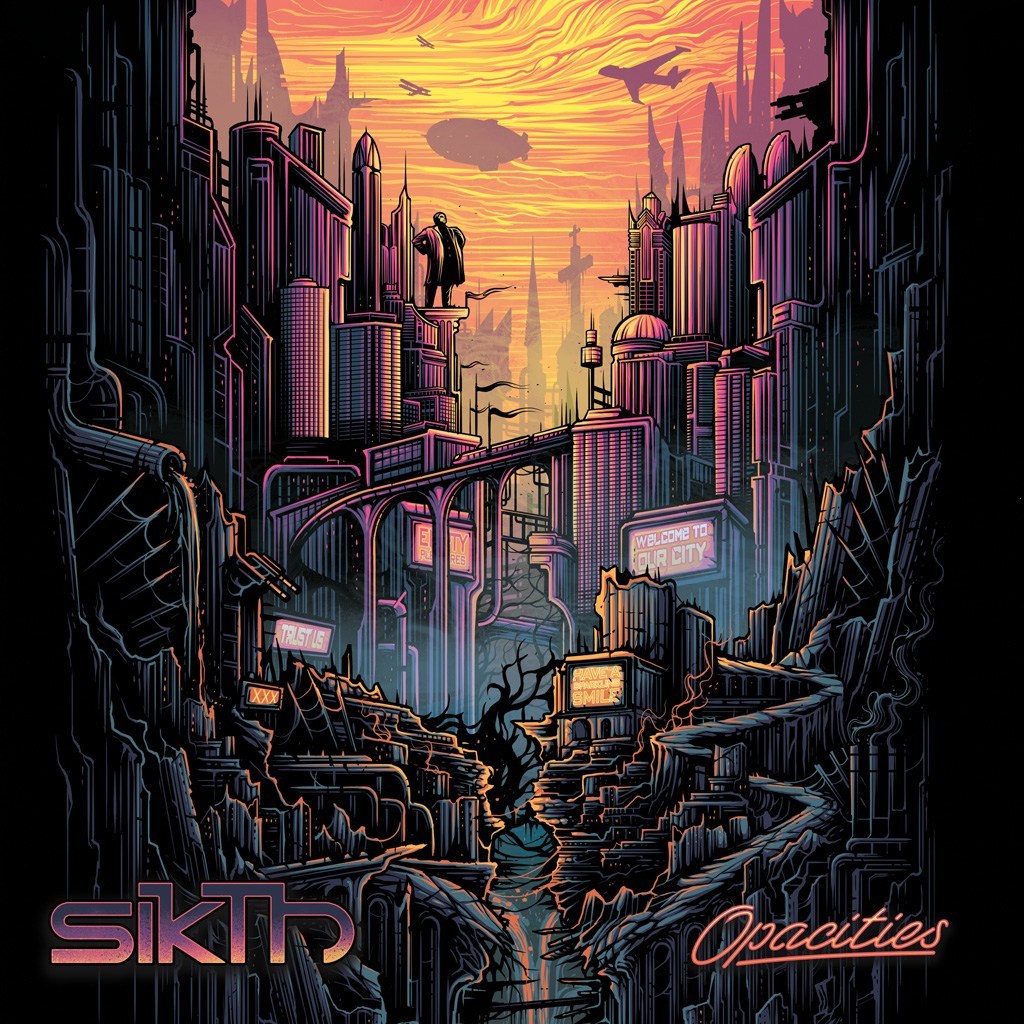 I have known most of the guys in SikTh for quite a long time, I grew up in Watford, the same town that SikTh came from, and was playing in several bands at the same time as SikTh back in the early 2000’s, so would have supported them a few times locally as well. It wasn’t until the reunion that I was able to work with them though, so it was really cool being able to work with the guys after so long.

Mikee always has quite a strong idea of what he wants with the imagery, which is always a good starting point. So generally he will send over his ideas, and then I will sketch something up with my spin on it and we go from there, it seems to be a pretty good fit! We have worked on about 5 tees and the EP cover now I think, the bands pretty open in letting me do my thing as long as it retains that initial concept and represents it clearly. The EP cover for opacities shows this quite strongly I think, Mikee and the band really wanted to show that divide within this cityscape.

Well, the first time I heard SikTh would have been live 16 years ago, I was there at the first Watford show, and it was unlike anything I had ever heard. It was quite a bit different to who they are now, but it was still one of the unique things I had ever experienced at the time. They were a band to look up to, so musically they inspired me and my friends hugely. The music they create is just so finely crafted, there’s no one quite like them.

I think the artwork helps to tell a small part of the story that is within the lyrics. The lyrics in all the SikTh songs are very unique and narrative based, so I try to tell some of that through the artwork. It’s also quite colorful with a lot of textures and layers, much like the music I think. Mikee had a very strong concept of what he wanted to be shown within the artwork on the EP cover, from the billboards and oppression to the bright shiny skyline above, I was trying to get his idea across more with this piece, and hopefully, we did a good job together of achieving that.

I sketch digitally, quite finished sketches, so I think that helps to get across how the finished article will look. I don’t think this went through too many drafts actually, it was quite a smooth process for the EP and the same with the tees, just small tweaks.