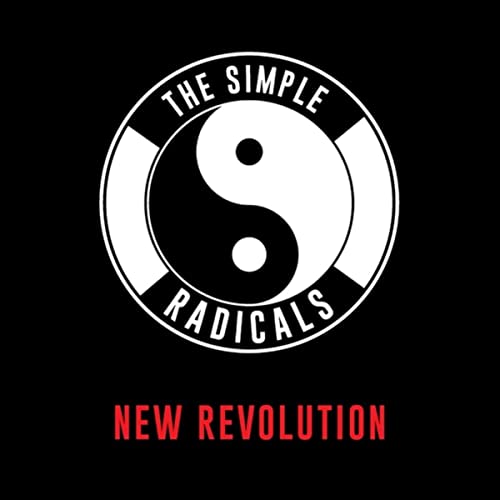 The Simple Radicals is a retro/alt-rock band based in the United States from Chicago, Illinois’s great blues and rock city. The band was founded by John Malkin (Lead Vocals/Guitar and John Griffin (Lead Guitar/Vocals) and also includes James Page (Bass) and Griff Johnson (Drums). Together, they capture their collective musical experience’s passion and energy, with different tastes, sounds, and styles. The music they create is pure, visceral rock ‘n’ roll poignant, from the heart, topical and direct.

We’re a retro/alt-rock band that combines sounds and styles from some of our favourite classic/alt-rock bands like Pearl Jam, Foo Fighters, Green Day, Pink Floyd and Cheap Trick. If you like those bands, then I think you will enjoy our sound.

Our latest release ‘New Revolution’ reflects the sentiment of many people across the globe. People want to change for the better, and they are more anxious than ever to make it happen by using their voices and platforms. Not bullets and bombs. It’s a new revolution. My writing style is very visual. I see a lot of images and moods when I write. Certain chord progressions, finger pickings and riffs often direct me on how the song is constructed, and then the lyrics start to flow. It’s a bizarre process, but it works for me. I write my songs on an acoustic guitar. I feel that if it sounds good on an acoustic, then it’s going to sound even better when it’s plugged in.

The lyrics on this album are about the need and desire for change for the better and self-reflection. The song ‘The Optimist’ really hits home for me. With all the shit going on today in society and our personal lives, it’s a song about trying to remain optimistic about things and looking at the half-full side of life. The lyrics “I’ve got the rest of my life, and I’m not going to stop ‘til I get it right” is a statement about not giving up when things look dire. There’s no rush. You’re in charge of your destiny. Get it right the best you can. But just do your best to get it right.

The artwork for the album and the band is the black and white yin/yang symbol representing balance and how we try to operate in complementary rather than opposing forces. The two sides interact to form a dynamic system in which the whole is greater than the parts’ sum. I just thought this was the perfect image to project for my songwriting and how I view life in general. The symbol tells a different story for everyone who looks at it, which is very cool.

Life as we see and know it inspires me. When you distil it down to the basics and just take a look around, you’ll see that it’s so dynamic and malleable. Things develop and change right in front of your eyes. The opportunity is to capture that energy and decide what you want to do with it. It’s an open book with so much to write about. The challenging part is how to capture it all and put it into lyrics and music. But that’s also the most rewarding part.

We grew up listening to classic rock and still do so to this day. While we’re creating our style, we can’t be happier having such a treasure trove of incredible music at our disposal to listen to from bands like Pearl Jam, Foo Fighters, etc. that influence us. Eddie Vedder is my musical hero. I’m mesmerised with his writing and try to capture the messaging, passion, and energy he does in his songs. If I can even come within a million miles of that, I’d consider it a success. Probably the most talented, electrifying and inspiring band in the last 30 years.www.facebook.com/thesimpleradicals