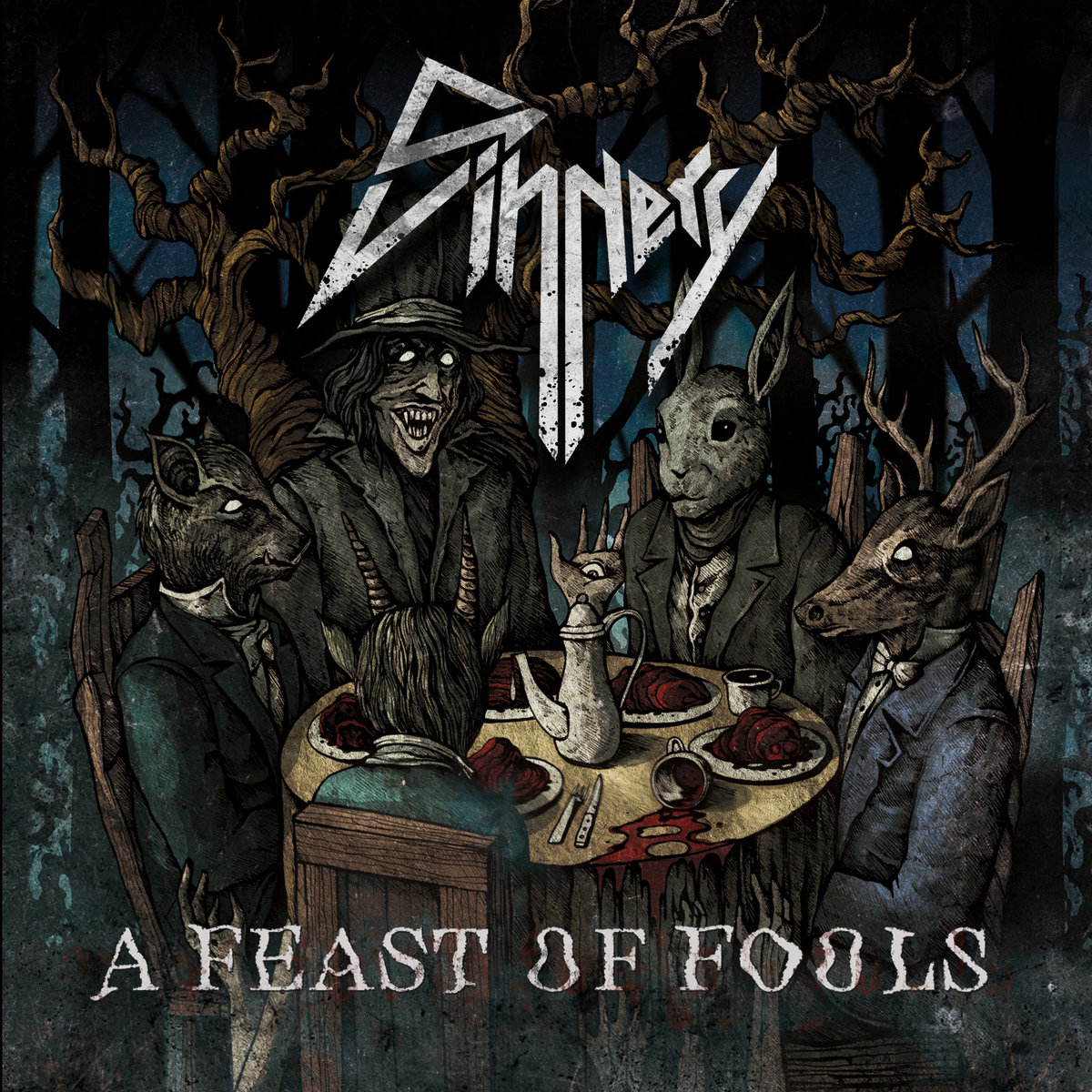 A Feast of Fools with Alon

Forged by the love for metal and hatred for anything else, Sinnery formed in late 2012 in Herzliya, Israel. The 4-piece toured Israel nonstop while entering the studio with Israeli producer Eli Pikover (Sonne Adam, Whorecore, Shredhead) to record their first album. In 2016 the band signed with Pitch Black Records and released Sinnery’s debut LP ‘A Feast of Fools’, getting the band to play in Cyprus’s biggest metal festival ‘, Power of The Night Fest 2017’. AFOF gained the band many new listeners receiving great responses worldwide. In 2019 the band toured with legendary German thrashers, Tankard. Nowadays, Sinnery finished their highly anticipated new album plus a follow up (Thanks to Covid) and is getting ready to tear a new hole in the world.

We started as a thrash metal band in 2012, but a lot has changed since our music taste developed; Sinnery is just a metal band for us. We are a metal band that influences everything Thrash Death and Black metal from current and OG bands of the genre.

Sinnery means nothing. As 16-year-old kids, we went over what our name should be for weeks until we got to a point where we just wanted it to sound cool; we said, ‘meaning should be in our songs, not necessarily our name’. I think today, after all these years, Sinnery symbolises to us the ability to talk about who we are and our demons.

Extreme music for extreme people, no? We live in such an extreme place; our whole culture is pretty extreme for good and bad. Growing up here, we all felt isolated from the rest and found ourselves in metal. Each of us (most of us even separately) found music that he feels he belongs to and that motivated him to be better and express himself through music.
What started as a love for a music genre became a platform for expressing what we feel and think.

Each of us deals with his package; one of the most significant events for any of us that made us is when Alon’s father died. It was six months before the band started, and probably what made Alon pick up the phone and call Idan telling him that they should try forming a band again after their first band failed and broke up.

Any creative process? Self-loathing is a major concept in our lyrics. Everything that makes us worse, like doubts/regrets/anger/fear/shyness/depression, makes us play music. We try to express those feelings in each one of our songs.’ We mainly dealt with depression, doubts, and regrets as the central theme through the last few years. Although we tend to get into stuff we hate, these topics have returned a few times. As a concept, we try to write songs about what we feel and the troubles of dealing with life.

Our latest album is also our debut, ‘A Feast of Fools’. The very talented Costin Chioreanu made the cover art from Romania. We’ve worked with Costin after being blown away with the art he did for so many great bands, and he indeed captured what we wanted perfectly. You can see a variation of the Alice in Wonderland tea party; only Alice is missing but can still be found in the picture *Wink* *Wink*. The concept of the title track and the picture is about how reality isn’t as perfect as we may have heard through our parents’ stories. So in the song, we ask to go insane and miss out on the normal reality we’re caged in.