Sins of the Damned 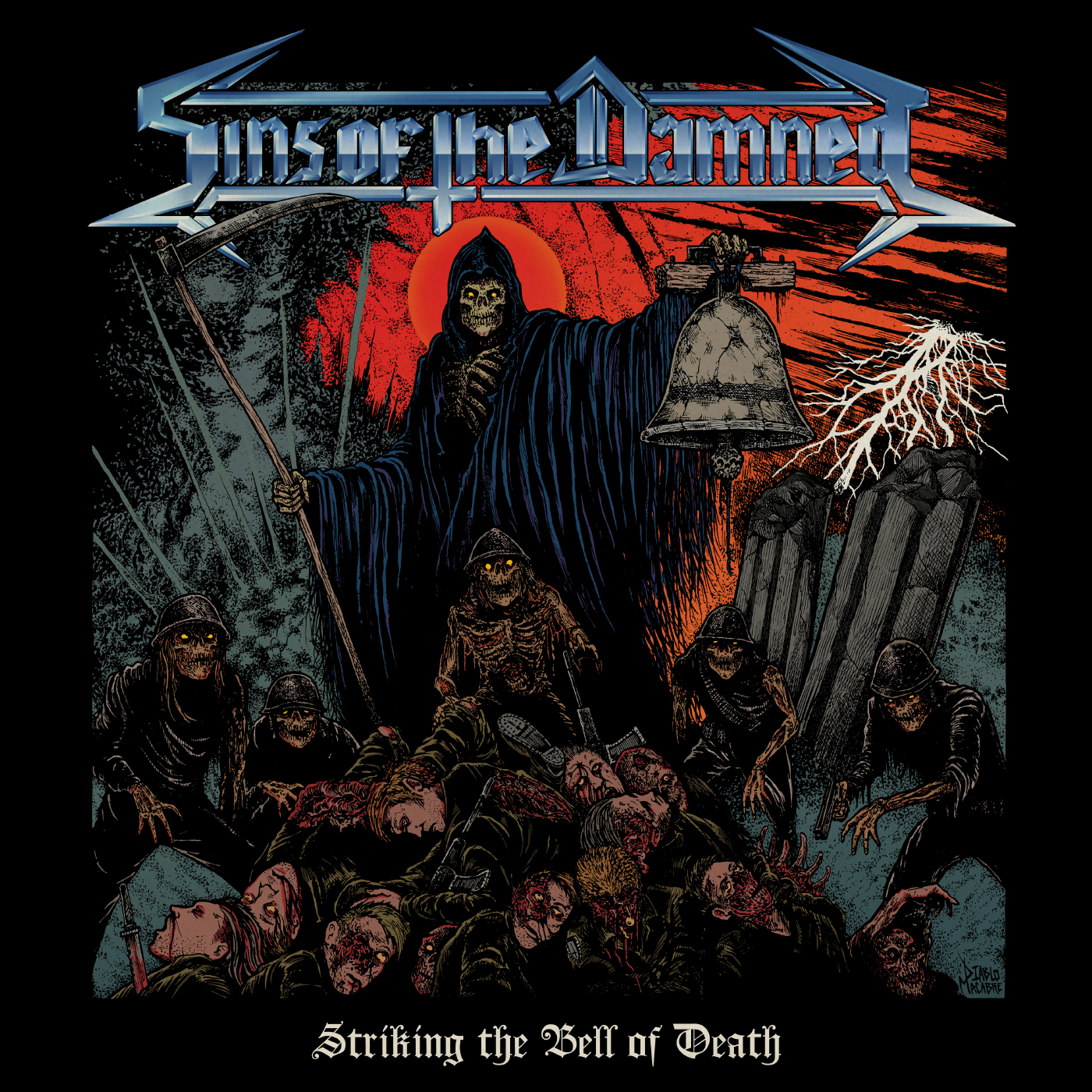 Striking the Bell of Death by Maot

Here is Maot, Hellz to all who are reading these words, I’m one of the founder members and lead guitar in Sins of the Damned. I think the idea of playing metal was in me since I heard the first tapes that came to me, I was 14 years old when I was shocked by the rebellious and violent sound of those bands like Venom, Sodom, Destruction and Running Wild. since those years I have never stopped listening to new bands and different styles of music, so we always had the idea about to create a metal band (with S.O.T.D. we all are childhood friends) and make some music, faithful to the authentic roots of metal and a way that allowed us to show our own vision of reality, you know, Chile is a country with a lot of corruption, injustice and those things. I had 18 when I bought my first guitar, we were already clear about what we wanted to do, but at that time We did not know where to start. It gave us what it took to strengthen the band and to learn to play the instruments. Without pretensions we started to rehearse and create songs, and we recorded 3 demos, and then we thought it was time to record a full length, we recorded the songs for ‘Striking the Bell of Death’ and asked for help to Tim (Shadow Kingdom) in aspects that we did not handle much, he participated actively in the production of several aspects of the album and also decided to release it under his label, the result is in sight and we are very satisfied with the album, but no 100%.

Our lyrics mainly reflect the reality in which we live, we do not have a political tendency or something like that but we believe that it is not necessary to realize that the people who lead us are a bunch corrupted pigs and they are only worried about their own economic interests. they form an important part of our history, and we consider relevant and we include them under our own vision. As a band we don’t have room for fantasy in our lyrics because we consider it unnecessary, I think that there are already several bands talking about princesses and dragons, I think that is a more intense background in metal, the rawness, that violent sound… that’s where it is and we try to deliver it.

Definitely we do not live from what we do with the band, I can say that from a time ago it is self-sufficient, but in any case, we pay our accounts with S.O.T.D. We all have ‘regular’ jobs but I think it’s a very boring topic to go into details. We do not take it as a hobby, for everyone it is a very important part of our lives to play metal and we have overcome many obstacles to say that we only do it for fun.

I am convinced that when you release a Demo, EP or LP in some way it stops being yours, the songs will have their own route and you will not control where they go, I think that the reviews are part of that process, like it or not everyone will be music critics If you play for ego, you will get hurt and then will be demotivation, in our case it is not that way, we play what we like for passion. We have had read very good reviews about the album, but it does not drive us crazy, our main focus is to continue making Authentic Metal and keep the Cult Alive.

I think the inspiration for the music only comes, you can go out to walk or drink a beer and the riff of the new song will arrive almost at random, we, in particular, create the music before the lyrics, the lyrics are written by Any member of the band and approved by the rest, they have to be in the context of the band. Personally I like to see many movies, my love for the Italian cinema of terror (70s and 80s) is not a secret, I love that essence of DIY that has, under budget and a lot of ingenuity to create great atmospheres, I do not find subjects that could take SOTD directly there, but it certainly helps me to canalize it in a way not so explicit and attractive to me. As for People that have influenced me for his work I think is Charles Bukowsky, Lucio Fulci, Dario Argento and George Orwell the ones I admire most.