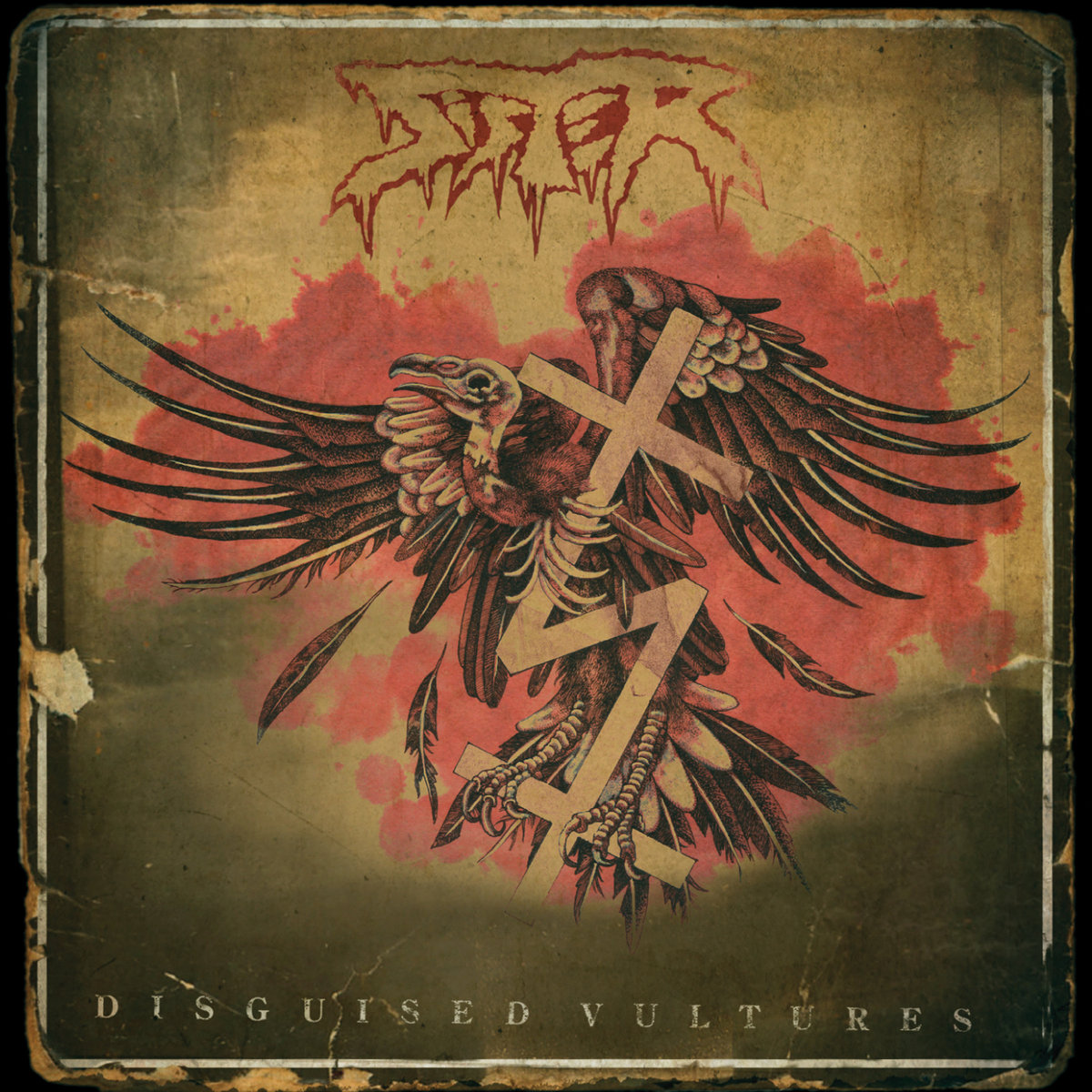 Swedish sleaze/punk metal outfit SISTER, loud and in your face!

SISTER was formed in early 2006. Glam/sleaze enthusiasts like me will probably remember them as a colourful gang of glammed-out teens who popped up almost out of nowhere. These guys were truly underground back then and everyone dug them thoroughly. There was a lot of buzz around their music, we all had three tracks and we drooled over them, hoping they would keep making music. And they did! Since 2006 SISTER have been cementing their status as a powerful new force. First with their EP ‘Deadboys Making Noise’ and then with ‘Hated’ which was released by Metal Blade Records. SISTER are Jaime (vocals), Rikki (bass), Tim (guitar) and Cari (drums). The band recently released their new single ‘Sick’ and played a show in London where I got a chance to meet and chat with them.

Andy (HMA): Hi guys! Thank you for talking to Heavy Music Artwork. Wow, kind of feels weird. I’ve been a fan of yours for a while now. I was sixteen the first time I heard your music.

Andy (HMA): Let’s start off with your name. How did you decide to call yourself SISTER?

Cari: It came from Blackie Lawless and Nikki Sixx. They had a band called Sister in the early days. I was like fifteen or sixteen, reading all the magazines I could find. I read this story about W.A.S.P. and when I read it I had this vision about what name I wanted my band to have. I thought it was really cool and I sort of took it from there.

Andy (HMA): I remember you from ‘Down on Your Knees’ and ‘Can’t Get Enough’. You’ve certainly changed since then. Tell me what happened to those kids.

Jaime: Actually nothing. It just came to us naturally. I stopped bleaching my hair. [Laughter] I don’t know….

Cari: It wasn’t a decision.

Jaime: No, we didn’t make a decision like: ‘Hey let’s go this way and be dark!’ It just came naturally. I don’t know the reason why.

Cari: The other thing is, we were like fifteen, sixteen when we started the band and then everybody changed, we developed. We started to listen to other kinds of music and it just came naturally.

Jamie: It’s funny because I still get girls who come up to me and say to me: ‘Hey Jamie, why did you change your hair color?’ Yeah it’s like, do you have the same hair color as you did a few years ago? It’s…. I don’t know. [Laughter]

Andy (HMA): ‘Sick’ your new single is out. Tell me about writing the lyrics, composing and recording it. What was the process like?

Andy (HMA): Yeah the video for ‘Sick’ is pretty intense. I remember they banned Crashdïet’s ‘Generation Wild’ on Swedish TV.

Cari: Yeah, they did.

Andy (HMA): You ever worry ‘Sick’ might get banned?

Cari: We’re not banned yet.

Rikki: We thought we were gonna get banned but they haven’t yet. We’ve seen worse on YouTube than our video. [Laughter]

Andy (HMA): What’s the story behind the video? You’ve got that pig guy and all sorts of crazy stuff going on.

Rikki: Just reflects the lyrics of the song.

Cari: I think it’s like old-school, down to earth: this is what we do. We’re kind of sick and tired of all these music videos nowadays looking like fucking Hollywood productions.

Jaime: Just a small space, us playing, we just wanted to keep it down to earth.

Rikki: What you see is what you get.

Andy (HMA): Was it slightly uncomfortable having naked guys around?

Jaime: No, we’re used to that. [Laughter]

Rikki: At one point I had a few people in front of me so I actually realized one week after we had done the video: ‘Oh shit, there’s a guy jerking off!’ That was surprise.

Cari: It was kinda hard playing the drums with a girl going like this [makes pulling gestures], that was the hardest thing. Naked guys were no problem compared to that.

Andy (HMA): So to summarize ‘Sick’ is where SISTER is at now as a band.

Rikki: I guess the song really says where we are at the moment as people too. I think that’s the main reason we chose ‘Sick’ as the single.

Andy (HMA): What comes next after ‘Sick’?

Jaime: We’re releasing the album now in January. Hopefully we’ll do a new single as well. Nothing has been planned yet.

Andy (HMA): How many tracks are on the new album?

Rikki: It’s just been hard to plan; we’ve been away for one month…. Since the beginning of November so when we get back home in a few days we’ll be able to figure out stuff.

Andy (HMA): Awesome cover for the single. Who is responsible for that and what’s the story behind it?

Cari: An American guy, there’s no deep story behind it.

Cari: Yeah an American guy. Just found his work on the Internet, I contacted him, told him about our band, told him the idea and he worked with that.

Andy (HMA): What are you hoping for in the long run?

Jamie: The main reason is to have fun.

Rikki: You don’t get much for free these days so if you’re not into it you won’t survive.

Cari: It’s what we all wanted to do. I can’t see us doing something else.

Andy (HMA): Are you guys horror film fans? Going back a little bit, in D.E.A.D you include quotes from ‘Night of the Living Dead’ in the track. Does horror inspire you?

Jaime: Not me personally. I like horror movies, I watch horror movies all the time but SISTER, we aren’t a horror band.

Rikki: It’s an interesting question. People seem to put us in that genre but we don’t sing about horror really. I guess the genre is pretty small so if you sound or look dark people think you are like that. We don’t have anything against it.

Cari: Yeah we all like horror movies but we’re not fanatics.

Rikki: I just realized today we don’t sing about boobs or women either. [Laughter]

Andy (HMA): That’s right, you haven’t sung about that since your first tracks.

Andy (HMA): What does the backline for tonight’s show look like?

Jaime: [Laughter] One singer, one drummer, one guitarist and one bass player.

Cari: No dwarves, no dancers, no smoke….

Rikki: [Laughter] But we’ve actually been borrowing cabs from the opening bands. Other than that it’s EPS bass amp, Blackstar guitar amp….

Cari: DS drums. We travel in our little van so we can’t fit them, so we have to borrow from the other bands we play with.

Andy (HMA): What are your expectations for tonight’s show?

Cari: We’ve been touring for a month. This is the twenty-fourth show in twenty-six days.

Jaime: London is a good place to wrap it up.

Cari: We did all of Europe. London is the last date of the tour. It’s our second headline date in the UK. That feels very cool.

Andy (HMA): What challenges have you faced since you became a band?

Rikki: There are pros and cons with the Internet these days. I mean everyone can get their music out which is a good thing but I guess you have to stand out more and really do your thing. If you don’t do that you don’t stand out and there are just so many bands out there nowadays.

Jaime: Yeah you can just be a name on the Internet. You don’t have to even play live. You can just have a website or a page.

Andy (HMA): One last question, guys. What do you love most about what you do and what would you like to tell everyone reading this??

Rikki: Keep your eyes open but it’s gonna be a good album and we’re releasing it at the beginning of next year.

Jaime: And check out our new single ‘Sick’ on YouTube.

Andy (HMA): Well thank you fellas. It was a real pleasure!

Sister: [Together] Thank you!